Today, we seldom think of the fictional courage of John Wayne or the real life mental strength of the hardcore men who drove cattle in the state of Texas. John Wayne has faded into a parody of the cheesy plot lines of early Westerns and while Fort Worth is still called a cow-town by tourists and locals, it’s best known as a place where Hispanic and Latino youth habitually abuse illicit drugs. Here is how Greenhouse, an AAC facility, describes Fort Worth:

“The rate at which this demographic abuses illicit drugs is high, especially among youths — Fort Worth’s most at-risk demographic. Between 2008 and 2011, past-year rates of illicit drug use among Hispanic and Latino teens rose by 20 percent, with marijuana use alone rising by 25 percent and ecstasy use by 36 percent.”

What America needs to be great again is not more disingenuous promises of reform made from political platforms or more media spin about how certain nations, ethnic groups, or religious persuasions are out to get us. What it needs is mental strength, rugged individualism, backbone, and character.

The Importance of Mental Strength

How important is it to be mentally strong in the face of disaster? How should you as a prepper overcome the things that hold you back like addiction and mental illness? What does it take to build your character before you hit a crisis? These are questions we seldom ask ourselves. If there should be an economic meltdown tomorrow because the national debt is $19.3 trillion and European Banks are in deep trouble, it is a collective return to character building alone that will help us maintain morale in a crisis. 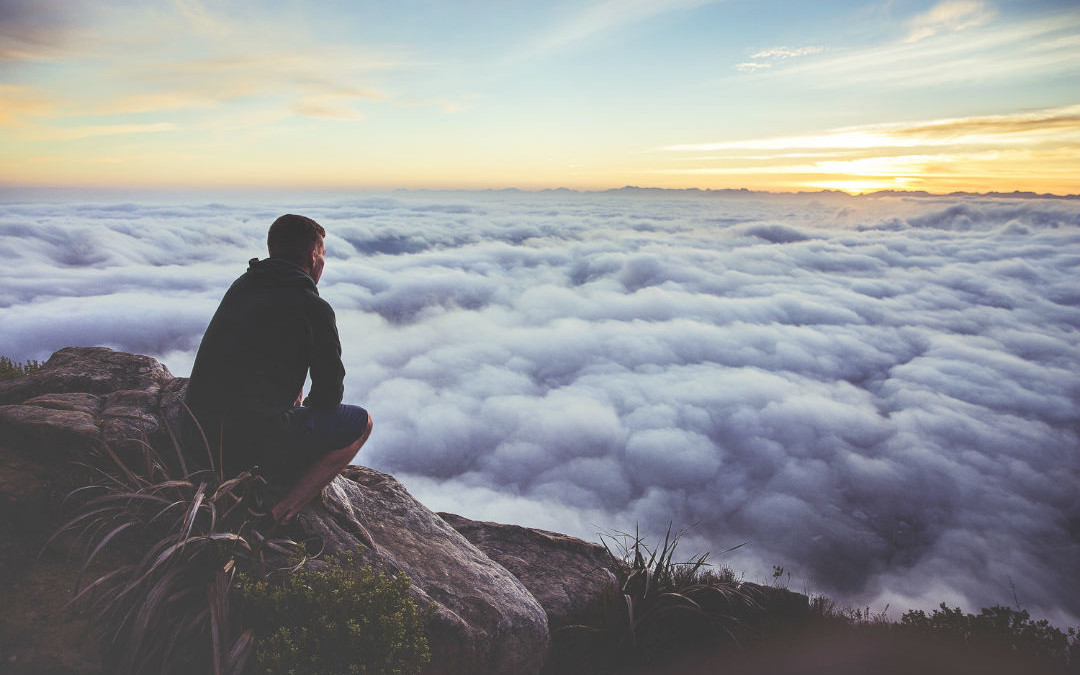 When you are courageous, you realize that waiting will only make the situation worse, that now is the best time to take action, and that you are the best person to resolve the pressing calamity.

The 3Cs of Mental Toughness

Mental toughness can’t simply be defined as machismo, which is more an act than an actuality. It’s much more complex, perhaps a combination of courage, confidence, and commitment.

Courage – No one is born courageous. It’s not a gene some of us inherit and that others miss out on. Instead, it’s a learned behavior. Courage is taking proactive action despite shaking in our boots. Courage is the assumption of inner strength from facing the reality of difficult circumstances before you. It’s about reaching within even when the situation seems hopeless.

A well-known image of courage comes from Shakespeare’s King Henry V. When the young English king was addressing his small army of knights and archers to stand up against the overwhelming number of heavily armored, battle-seasoned French knights at the battle of Agincourt, he advised them to “Imitate the tiger: Stiffen the sinews, summon up the blood.”

When you are courageous, you don’t run and you don’t hide. Instead, you face the situation without panic because you believe you can do what needs to be done as soon as possible. When you are courageous, you realize that waiting will only make the situation worse, that now is the best time to take action, and that you are the best person to resolve the pressing calamity. Although you still feel fear, you don’t let it stop you. Instead, you use it to strengthen your resolve. You don’t crumble in the face of obstacles, but feel resolute in the face of a challenge. 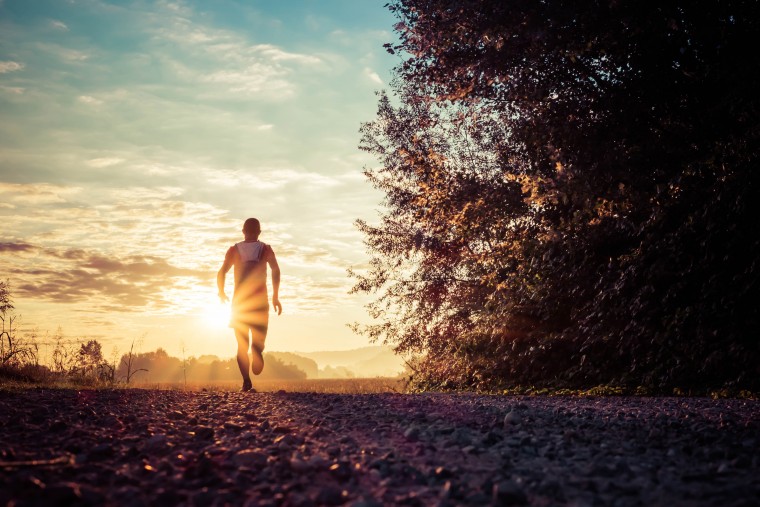 Building confidence doesn’t happen as a giant leap of faith in yourself, it happens in small steps.

Confidence – Confidence does not come naturally to us. Throughout our lives, we have been criticized far more often than encouraged. This is why confidence is more like a muscle than an innate tendency. We build confidence by taking small steps in the right direction. Small steps may seem trivial at the time you do them, but they will help you make incremental improvements. Small steps lead to small successes. These tiny victories build up, slowly creating a permanent change in your self-appraisal.

Commitment – Without commitment, nothing happens; with it, anything is possible. Enough said.

If America is to save itself from chaos, it has to stop listening to talking heads who merely express canned political agendas. Instead, it has to reach back into its deep past to a time when courage, confidence, and commitment were a way of life. You as leaders in your family and community will be forced to take action one day. To step out of your comfort zone and act. No one knows now the time, place or situation you will be faced with, but we are all pretty much assured that day is coming. Are you ready?

Very well said! We are a nation of wussies & I’m 70 yrs old – I’ve been around to watch the devolving of our society. People ask me how I keep going, how I get so much done. I just ask them, “Well, who else should I expect to do it?” Thank you for your article.

Well stated, but it’s just not the politicians that have re-shaped our images of ourselves (although they certainly have not helped). We’ve somehow allowed our society to be run by the extreme politically correct few that complain when a man opens a door for a woman, when we allow the idea of terminating a teenage pregnancy for mere convenience somehow became a “choice”, when high-school and college campus education is run by the extreme left, and when we seem to worry more about the “rights” of illegal aliens than we do about the legal citizens that were born here. As… Read more »

Good article. I agree with both Linda & Craig. I love tech and the advances we have made in science & medicine and so on. And If we didnt have these things we probably wouldnt survive in Today’s world. But, look at what it has done to us. A majority of the population have no idea how to survive without it all. 🙁 Like most reports and articles say probably 90% of us will die withing the first year when the SHTF! So sad we have lost the real survivalist nature (except killing each other) and teachings in our lives.… Read more »

There is going to be a world of hurt out there.. the druggies will die in droves either Od’ing or getting shot breaking into peoples homes looking for drugs. those with the only skill of manipulating a I-phone, but can’t start a fire or cook a meal will die off or turn to drugs. Since WW2, the USA has had it pretty well. i wonder if we had lost the war, how things would of turned out. Would we have a nation of wusses that are more into the Kardashians than Patriotism? I bet they would appreciate the USA a… Read more »

My Lord prepares my way.He is my knowledge and my strength….We as a nation and the world have turned our backs on God, now we must prepare to pay the price.Lean not on your own understanding but acknowledge him in all your ways,He will make your path right.

Actually the most important of the “C” qualities is Character. Everything else is an extensions of that. We’ve become a nation of self absorbed consumers who define ourselves by what we own or “what we are into”. Our politicians come from this “feed stock”. How can be blame our situation on them, they are us. They only have one vote and don’t give me any junk about the “deep state’ etc. so on ad nauseam. When everyone gets off their lazy duff and decides they won’t take this anymore it will change.

I’m two weeks late, but what the heck. What exactly is the point of being the only person of good character in the area? Courage to do what? Get between a gunman and his battered wife? Don’t misunderstand. I’m bringing a foil to the debate, not defending our moral-less, decaying society. After a strategic relocation, I’ve come to realize that the old, decent society is not entirely gone. A year into our move, I’ve experienced a grossly different world than where I relocated from. Passing cars wave at you driving by, men hold the door for women, then properly pass… Read more »

We moved to the “country” seven years ago. People I don’t know still wave as they pass by. Out here we don’t need a security system or alarm on the place. If someone so much as pulls in my driveway my phone blows up. I had to deliver some materials in the city last week. I had seventeen feet of truck pulling twenty feet of goose-neck trailer with ten thousand pounds of material on it. The city had a lane closed for construction and no less than three SUV’s charged to the front of the line and cut in front… Read more »