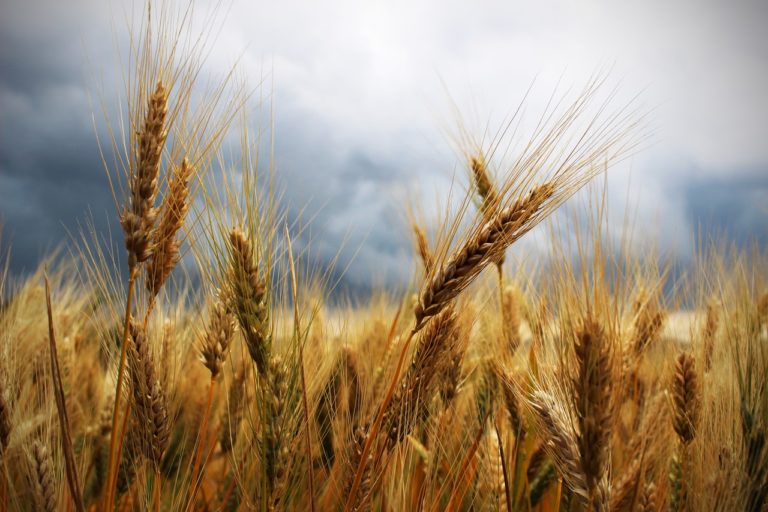 Editor’s Note: This post is another entry in the Prepper Writing Contest from Cannin’ Nancy. If you have information for Preppers that you would like to share and possibly win a $300 Amazon Gift Card to purchase your own prepping supplies, enter today.

Why does everyone talk about storing wheat?

I recognize that there is a significant number of people in the world that do not tolerate wheat well, or at all. My father-in-law has celiac disease, and one of my sons cannot have any whole grains. However, even these individuals should consider storing wheat in some measure, and I’ll be discussing the reasons why at the end of this article. Of course, those that will benefit most from this article are those who can eat wheat.

Wheat is the staple grain of the North American diet. It’s what we grow here all across the Great Plains. It’s what we’re accustomed to eating. We have the recipes for breads and other baked goods. (You do have recipes, right? Hard copies, right?) Amaranth, quinoa, spelt and such are great, but most people don’t store or use them. They don’t know how to work with them. TEOTWAWKI won’t be the time to learn. And exotic grains are expensive. At least for now, wheat is very cheap.

Because wheat is what we grow here, it’s what will be available post-TEOTWAWKI, if anything is. Even if you can’t eat wheat, consider storing it for those who can, especially those in your family or those who may be coming to you. That way you have cheaper food for them and you can keep your costlier non-wheat preps for yourself.

Nothing smells better, or tastes better, than freshly baked bread. Really good food improves morale in a crisis. And unfortunately, bread is one of those items that cannot be stored. It has to be made fresh every week. Furthermore, most people can’t make bread. It is definitely one of those skills that takes practice and should be mastered while we can still feed the loaves that flop to the chickens without feeling wasteful. 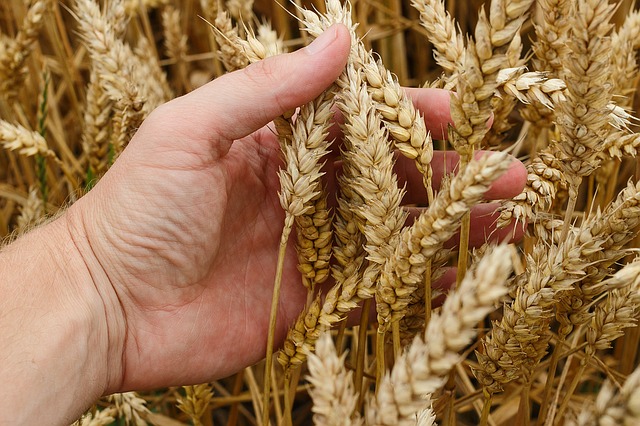 Wheat combined with milk (in the same meal) will provide all the essential amino acids for building protein. Wheat is a primary source of B vitamins. Because B vitamins are water-soluble, they can’t be stored by the body. We need a constant supply of vitamin B to maintain good health. In addition, sprouted wheat berries (more on that later) are an excellent source of vitamin C and also provide some vitamins A and D.

While being able to bake bread is probably the main reason for most of us to store wheat, there is still plenty that can be done with wheat berries until you are able to obtain a grain grinder and while you learn to bake your bread. The whole grain can be boiled for cereal. Any leftover boiled berries can be mixed in with ground beef to extend it (meat loaf, meat balls, hamburger patties, etc.) without too much notice by the rest of the family. The whole berries can be used to make blender pancakes or blender waffles (full recipes and tutorials at storethisnotthat.com). The berries can be popped and eaten like popcorn.

Wheat can be sprouted for even greater nutritional benefits. In a nutshell, wheat berries are soaked in cool water for about twelve hours. Drain the berries and rinse and drain again. Rinse the wheat well three to four times per day. (For the specific how-to’s of sprouting wheat, click here.) The two to three-day old sprouts can be added to soups or salads. At this point they are already much higher in calcium and vitamin C and several other minerals. Or let the sprouts continue to grow and green up a little for adding to sandwiches, like alfalfa sprouts. Or dehydrate the sprouted berries and grind them into flour for sourdough baking. Or toss them into soil for growing wheat grass for juicing.

Furthermore, wheat berries can also be used to grow fodder for our animals. Basically, the wheat berries are soaked and sprouted as described above, but instead of sprouting in a jar they are spread in a plastic tray with drainage holes. The rinsing is the same—three to four times per day, and the wheat berries are allowed to grow into wheat grass. The roots develop into a thick mat, and the grass and mat are fed as fodder to livestock about ten days from the initial soaking. So even people who can’t eat wheat benefit from storing it as the fodder is fed to chickens, rabbits, goats, and sheep who turn the fodder into eggs, meat, milk, and sometimes even fiber.

While it does take a little time and effort—but just a little—to grow fodder, bear in mind all the benefits. One pound of wheat berries becomes seven pounds of highly nutritious natural fodder. Wheat has a much, much longer shelf life than commercial feeds, it is much cheaper, and takes much less space. Fodder is a great way to provide greens in winter when grasses and weeds aren’t growing.

What is the best type of wheat to stock up on?

As you start researching the possibilities of adding wheat to your storage program, you find that there are actually a lot of different kinds of wheat. So now what? What kind to purchase? After all, you don’t want to make any mistakes here.

Durum wheat is what is used to make pasta, and soft white wheat is used for baked goods that do not use yeast—biscuits, cookies, cakes, etc. Soft white wheat also has less protein (gluten) than hard white. Most people do not store these two grains, at least not in significant quantities.

Hard white spring wheat sprouts best, but some research shows that it doesn’t store quite as well as the hard red and hard white winter wheat’s.

Hard red wheat has very slightly more protein than hard white. However, because hard white lacks the bitterness of hard red, less sweetener is needed in baked goods. For all of its advantages—milder taste, superior baking qualities, and ease of sprouting, hard white winter wheat is what we store.

And just how does wheat need to be stored? Regardless of the variety you choose, if stored properly wheat can remain viable and edible for hundreds of years. There are a variety of storage options, each with their pros and cons. Mylar bags are easy and very portable, but rats and mice can chew through them. Grain stored in #10 cans is pest-proof, but the cans are subject to rust, especially in humid areas. And storing enough wheat in cans gets a little pricey, at least for us. Some choose to store their wheat in large plastic or metal barrels. I just don’t like them because they aren’t very portable. Our family has moved (with our food storage!) eight times in the past 25 years. I can’t imagine what a nightmare moving large barrels would have been.

Storing Wheat in your home or retreat

We choose to store our grains in plastic buckets that we get free from bakeries and donut shops. They’re free, they’re food grade, they’re portable. Yes, mice or rats could eventually chew through the buckets. Admittedly, we have had some seasons with an overabundance of mice and rats (isn’t even a single critter an overabundance?), but we’ve never had any critter chew on the buckets. The cons are that the five-gallon buckets can be difficult for some people to carry. And those lids can be nearly impossible to remove. Make sure you have a few bucket wrenches for them. They’re a lifesaver.

Store your wheat in a cool, dry place—50-60 degrees is ideal. Wheat that has been stored at higher temperatures for even a short time will not sprout as well or at all and will not make good yeast breads. It will also have lost some nutritional value.

Exactly how much wheat should you store? Well, that’s going to vary from one person to the next. The LDS Church advises 400 pounds of grains per person per year as part of their food storage recommendations for a 2200 calorie per day diet. That’s what I use for my family, with about 300 pounds of wheat per person. However, in addition to that we also store 50 pounds per chicken or rabbit to grow into fodder. When it comes to wheat, I think the day will come when it will be worth its weight in gold. With all its uses, the ease of storing it, and its low-cost, you just can’t ever have too much.

Good advice if you can tolerate eating wheat. Unfortunately many people are gluten intolerant which can lead to severe problems if they eat it. Gas, bloating, cramps, severe inflammation to the point of not absorbing nutrients causing stunted growth in children. Immune system malfunctions, severe ear aches, crohns disease and even intestinal tract cancers.
You can be affected by this if you are from a western European background.
Also lookup the books Wheat Belly and Grain Brain.

I think if its a shtf scenario, people will be exercising & burning alot more calories than normal. I think alot of the side effects that most people have today eating wheat, won’t be as bad once theyare carrying 5 gallon buckets of water and hunting for fire wood. Obviously for some, wheat will always be an issue. Of course there is the whole GMO v non-GMO issue. I would rather have a bag of wheat (GMO or not) to eat in 6 -12months, than to not have anything. (it’s cheap, easy storage & plentiful, multiple uses) it’s always good… Read more »

Excellent article! Well written and factual.
Kudos to you!

I am wondering if “gluten intolerance” is actually due to gut (intestinal issues) caused by Candida overgrowth. Carbs and sugars add to this problem, as do environmental, food, and water toxins, et al. This is a very under-reported problem, along with magnesium deficiency for about 75% of the population.