Editor’s Note: This post has been generously contributed by Caroline Black.

Now, more than ever before, people are starting to really consider the role technology will play in doomsday. As fantastic advancements are being made in the field everyday, and our reliance growing accordingly, it can be hard to imagine an apocalyptic situation without considering how our use of technical gadgets will affect it.

Technology seems to be something that splits most preppers down the middle. For some, stocking up on all the latest survival gadgets is an essential step to take to ensure preparation for potential apocalypse. For others, however, this very reliance on electronic equipment for survival is the actual catalyst for doomsday.

The Age Of Information

With new reports claiming that by 2020, an astounding 70% of the world’s population will own a smart phone. Statistics already show that at least 68% of Americans are regular internet users. It’s clear how widely spread our need for online access is.

You only have to consider the impact of suddenly losing the ability to browse to realize what a large amount of important information is stored virtually. In fact, a Canadian study showed that our constant searching to fact-check information has actually reduced our attention span and ability to commit information to our long-term memory. These are skills that are both essential to survive a doomsday scenario.

Immediately, it’s obvious why so many preppers are hesitant to put so much reliance on technology. Even gadgets that don’t require internet access are preventing us from developing useful survival skills that could significantly benefit us at a later date. Plus, if the power grid goes down, these supposedly handy tools are rendered immediately useless. 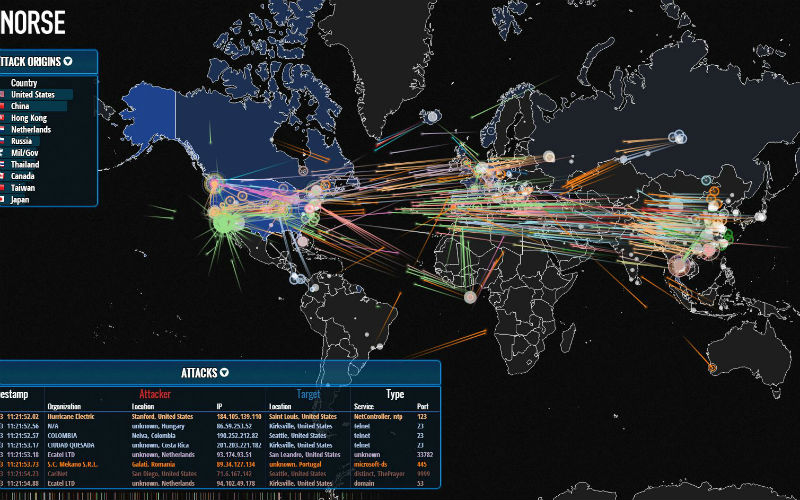 Fortunately, due to its decentralized system, it’s highly unlikely that the internet will go down of its own accord any time soon. However, this doesn’t mean we’re perfectly safe. Cybercrime has been on the rise almost continuously over the last decade or so. We’ve already seen guerilla hacking groups take action against governments, economic giants and religious organizations, so worldwide internet shut down isn’t out of the question.

What technophobes fear is that an individual, organization or even warring government could develop a form of malware so complex that it causes irreversible damage before experts can even identify it. With sources claiming that the average American relies on 250 computers throughout a generic day to survive, it’s clear that an attack on a massive scale could bring about disaster in ways that further technology can’t help you with. 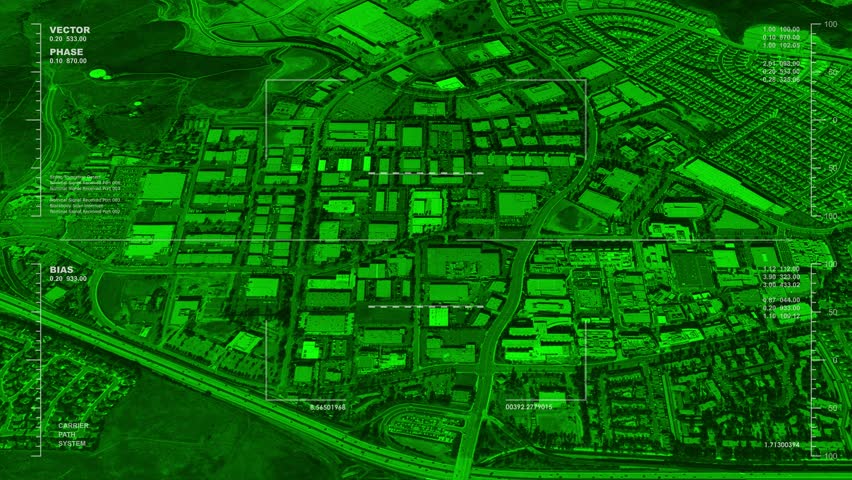 Despite the unhealthy reliance on such a potentially corruptible system, in many doomsday scenarios, technology could actually be an incredible help. Many preppers have already begun discussing the importance of adding a drone to their doomsday arsenal for increased surveillance and security. It’s undeniable that this video footage would be invaluable in terms of spotting attackers and, as those worried about governmental inference point out, they are so regularly used by those powers it would help to level the playing field.

Similarly, using software and technology to lock down your computers and devices is an essential practice to protect yourself from government surveillance.  Any prepper who is not using a Virtual Private Network to hide their online activity and stay anonymous online is asking for trouble from snooping governments and malicious hackers. As previously established, using technology is risky business. If you are going to partake in its use, then it’s essential to stay protected! 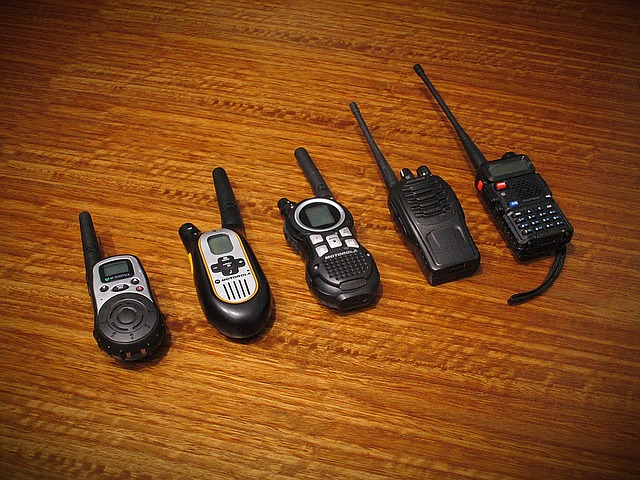 Small hand-held radios are an excellent option for Preppers. While not secure, they are better than nothing in a lot of cases.

One obvious advantage of having working technology during a doomsday event is being able to have a successful mode of communication. Whether this ends up being a fully functional smart phone or just a pack of walkie-talkies, having to means to stay in contact with those you aren’t directly with will make it easier to scope out potential dangers, get a better general idea of the situation, and find and ensure that loved ones are safe.

Determining on the catalyst for the disaster will decide what form of technology should be used. Obviously, cyberwarfare will immediately rule out smartphones, but mobile devices without internet connection may still function. If the satellites are targeted, or come down by accident, having sets of long-range walkie-talkies at the ready will be greatly beneficial to you and your family. Keeping a supply of all of these items is the best way to ensure you’re ready for literally anything that may strike.

When talking about doomsday, many people put stringent considerations on the initial 24 hours, but fail to think about learn term survival tactics. Depending on the form of the apocalypse, you could easily be out of convenient supplies in a number of days. Similarly, all communal systems will probably collapse in a very short space of time. Due to this, stocking up on helpful gadgets to increase your longevity and potential survival time is an essential practice. 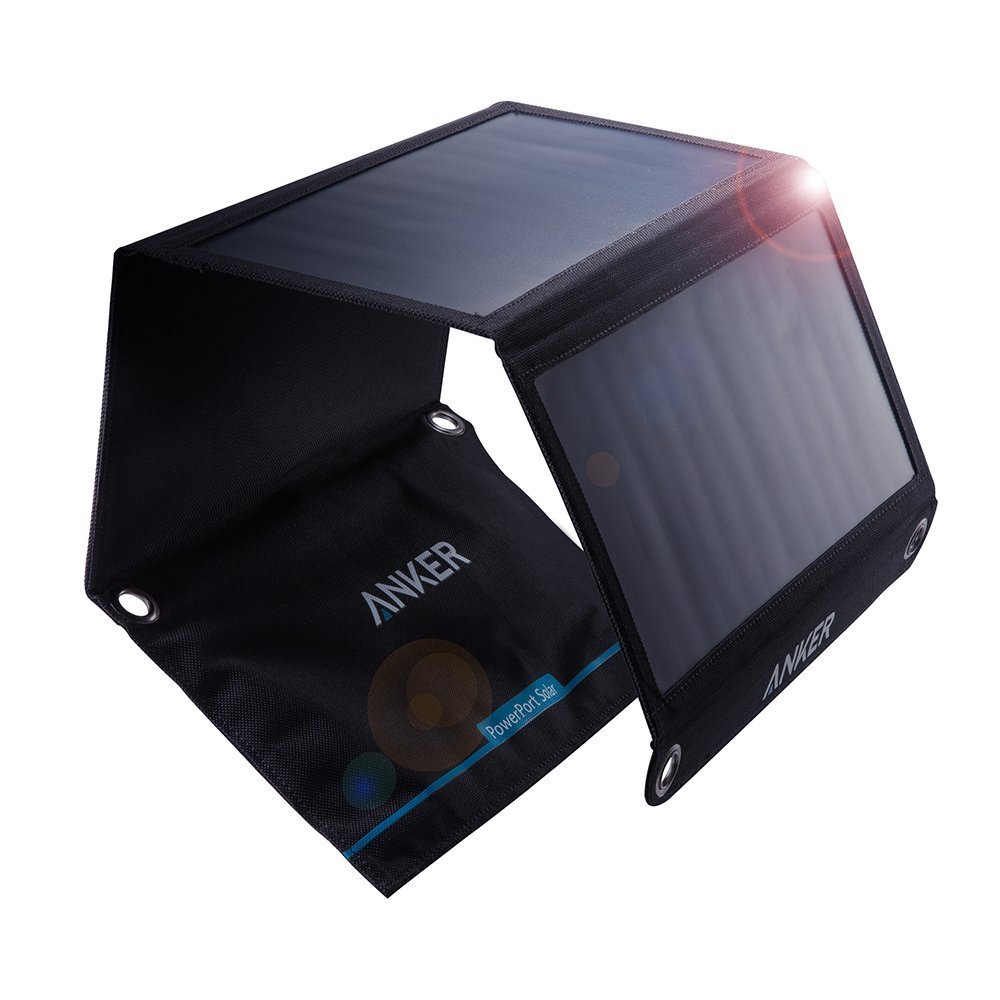 Simple things include solar power charging packs (you can buy them on backpacks so they charge while you walk) and compact water filters. You can also get waterproof solar fire starters to ensure you can cook food anywhere. As it’s likely that healthcare will quickly become completely inaccessible, carrying around basic medical devices could literally save lives if there’s an accident or emergency.

The role technology plays in doomsday will be highly dependent on the form of the disaster. While it could provide life saving tools to help you survive in some situations, in others it will be rendered almost immediately useless. Due to this, the best tactic by far is to understand to repercussions of each expected form of apocalypse and what they will each require and stock up on all the gadgets you can afford. Yet don’t be hesitant to leave them behind as soon as they’re doing nothing more than weighing you down!

We’ve mentioned some of the most essential doomsday gadgets on this list, but there’s many more available. If you know of any others then be sure the leave a comment below and share your ideas with others! Also leave a comment if you’d like to continue the discussion on what role technology could play when disaster strikes.

About The Author: Caroline Black is a technology and culture blogger and has been a long-time prepper at heart. She loves discovering new and useful technology, and sharing her discovers with others. She hopes this information helps you protect your and get prepared for the worst!

I read an article several years ago, that said most of the batteries in a home are AA/AAA. I began to make sure all of my prepper gear is AA/AAA.
.
I have an Ankar 21W, pictured above. I got it specifically for the USB ports. I plug in 2 Smart chargers for my rechargeable AAA/AA batteries. I would like to get a couple more of the panels and chargers.

Li-ion batteries produce more power and will take more charges than AAA/AA rechargeable batteries. Although many peanut radios (walkie-talkies) use the latter type, units such as the BaoFeng (shown at the far right in photo above) use the Li-ion. In the example of the BaoFeng radio, you can use either a 1800mAh or a 3800mAh battery. Sure, AAA/AA are plentiful, but why limit yourself? I think it’s important to also note that not all AAA/AA rechargeable batteries are made the same. Look closely at the mAh rating. Another point to consider is the potential requirement of having to replace batteries… Read more »

Looking back at Katrina & New Orleans, technology will probably:
1. Warn us of the impending danger,
2. Accelerate the timeline and increase the impact,
3. Be completely useless without power in 7-10 days after all the petroleum based fuel is exhausted, the electric grid is down, and no generators are running

One of the most useful tech devices (that you didn’t mention) in a post-SHTF scenario will be handheld GPS units for cross country navigation.
Regarding the survivability of tech gear such as laptops, handheld transceivers, GPS, etc. there is no reason why Preppers can’t use a simple Faraday Cage to store these devices when not in use. If you have an older laptop that is still functional, load it up with important “how to” information, map and satellite imagery and stick it in the cage.

I see the use of gps but weight, reliability, and Emp proofing means paper map and compass for me. In terms of minor event gps would be great but a smart phone, tablet with the ability to download larger maps would be ? Better. I do not have gps on the phone or in the car. Map navigation works just fine if you use it regularily. Overall I’m a partial Luddite on tech and shtf. I have a couple of solar panels and some Bio Lite products. Long lasting and reasonably tough and portable. I’m dead against anything that is… Read more »

Update. Canadian Tire offering two panels with two 12 volt battery charges and a 12 volt battery to AC converter for $400. Going to grab me that deal and then get some decent 12 volt batteries. Seems a way around my phobia of electrical wiring

You will put an electric toothbrush in a Faraday cage, but not a hand-held GPS unit. WTH!!

With all kidding aside dental hygiene is one the most if not the most important of the preventive care measures everyone should take seriously.

Thank you for this article. I think technology will play a role in doomsday.