The Benefits of Purchasing a Survival Air Rifle 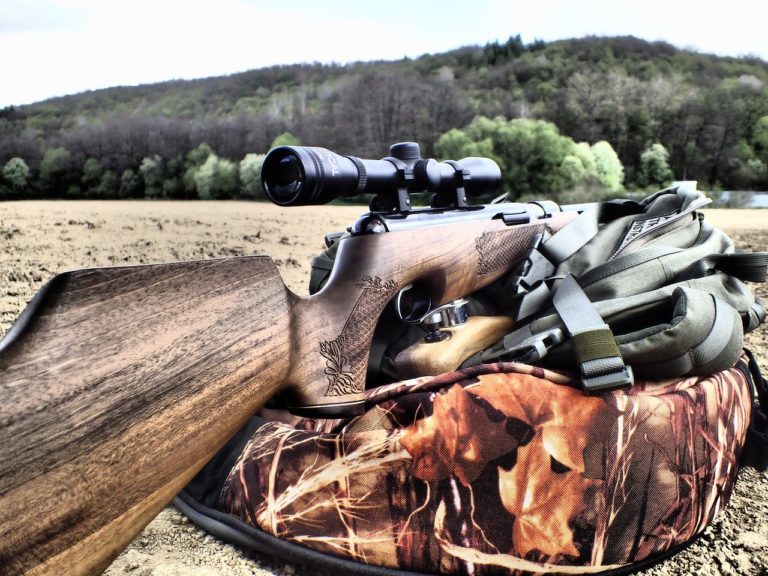 Although some are quick to write off  an air rifle as a weapon of choice, there are many advantages to carrying a survival air rifle versus a crossbow or center-fire rifle. There are a wide range of air rifle offerings that extend well beyond the traditional BB gun that you may have used as a kid to ward off crows or prairie dogs. They can be used for hunting, training for self-defense and for effective target practice.

Lewis and Clark carried them when they journeyed across the United States and brought them to the Native Americans. The caliber offerings range from a .177 to .50, and gun enthusiasts can choose from air-compressed, single-pump or multi-pump action. Choosing the right air rifle or pistol for your needs depends on the amount of firing power and use you require from a weapon.

What about a pistol instead of a survival air rifle?

Not all air pistols are recommended for self-defense. While certain varieties are ideal for hunting due to their lightweight and quiet nature, they are most useful to defend crops against birds and small animals, as well as for target practice. A lower pressure, small-caliber pellet or BB is ideal for a first time or young shooter. It allows them to become comfortable with reloading, cocking and shooting an air pistol so that it becomes seamless when they have harnessed enough experience to make the transition to a higher-powered gun.

One of the great advantages of carrying an air rifle is its accompanying lightweight ammo, which is typically inexpensive. You can easily carry 2,000 rounds on your person and never notice any issue with it weighing you down. The ammo you choose is indicative of what kind of shooting you will be doing.

What are different types of survival air rifles?

The highest powered option, the pre-charged pneumatic air gun, uses either a pump or an air compressor to “precharge” the pressure within the pistol. They tend to also be one of the higher priced air pistols on the market, ranging from $400 to $2,000. There are additional pieces of equipment that can be added to the these lightweight guns to add desired velocity and pack more punch with minimal recoil. Check out the Bulldog .357, designed specifically for hunting. One of its drawbacks is the tiny holes in which you load the pellets and the models that require a special external pump to fill the reservoir.

Break-actions are known for their ability to project ammo at a high velocity. This air rifle option uses a heavy-weighted spring that when cocked and released pushes a piston forward to create enough air pressure to expel the pellet. The spring produces a downfall noisy “thwang” sound that would not be advantageous for hunting. It also only holds one shot before having to reload. These guns are ideal for using as target practice before moving on to a fire rifle.

The variable pump/multi-pump air rifle is typically the most traditional firearm gun enthusiasts are used to thinking of when broached about the subject. This rifle, which is light in weight and compact in nature, is great to put into the hands of a first-time gun holder, as it has variable pressure levels and is intended for many uses. Reloading this gun takes a while, but provides great practice for beginning shooters. The gun, which typically runs between $75 and $100, will need to be pumped eight to 10 times after each shot to re-pressurize the reservoir. Due to its limitations, this type of gun is not favored for hunting due to the amount of movement and noise that occurs when reloading it. Instead, it’s best intended for getting rid of unwanted pests.

By vaporizing CO2 internally using small cartridges, CO2-operated air rifles can shoot pellets at about 600-700 feet per second. This makes this air pistol an ideal weapon for hunting small animals, such as gophers and rabbits. The rifle has a reservoir that can store enough gas to power a number of shots by only loading the projectile. In addition, CO2-operated air rifles are easy and fast to reload, with a lot less movement that a multi-pump or PCP rifle may need. And, carrying extra CO2 gas cylinders is not a setback for this rifle due to its compact and light design.

Survival Air rifles are versatile, offering a number of ways to use them, from hunting to self-defense to target practice. They’re a great firearm shooters of all levels should have in their arsenals.

I have the MK-177 multi-pump air rifle. It shoots BB or pellets and is quite powerful. You can easily take down small game with it, and BB/pellets are easier to stock up on. I managed to find mine at an online closeout for 1/2 off, but last I knew, Walmart carried it. IMO, an air rifle is a darn good idea.

with the same amount of money you can buy a good .20 ga shotgun. We have discussed this with several friends and they also agreed.

It doesn’t always have to be expensive for pellet guns. I routinely hunt small game with a couple that were $75-125, no problems, and I just got my Dad a $50 revolver that takes pellets or BBs (BBs will eventually hurt the rifling in airgun barrels) that works great for “yeeping” cats and aggressive strays and foxes with BBs, and can take out squirrels and chipmunks at close ranges with the pellets. Trigger’s pretty firm and long, but iron-sights accuracy is phenom – we figured we’d have to $20-30 scope it for a $50 airgun pistol. Mind telling me where… Read more »

I’ve seen the Savage A17 autoloaders under $350 with a Weaver scope.

I’d take any shotgun over an air rifle any day. As to where to find them, slickguns.com is great website for finding deals. There’s a Mossberg on there right now for $193 shipped. Savage or Maverick brands can usually be found for even less. I think I paid $170 for my Savage home defense 12 gauge, and for $250 it comes with an additional 26″ barrel and several chokes too. That being said, a .22 is really the closer replacement to an air rifle (and even cheaper). A Ruger 10/22 is really the best platform out there, in terms of… Read more »

I’ve always been troubled about the effectiveness of any air rifle/pistol as compared to a .22 caliber LR rim fire, which can deliver a 40 grain bullet at anywhere between 1000 and 1900 fps (depending on which brand of ammo you choose). If you are concerned about noise, stick with the subsonic loads that deliver a muzzle velocity below 1100 fps, or you can use a noise suppressor. Granted, I’ve knocked off a few pigeons with pellets, but the range was typically less than 50 feet. With the .22 caliber, there is no need for pumping or replacing CO2 cartridges.… Read more »