Editor’s Note: This post is another entry in the Prepper Writing Contest from Herb Mayr. If you have information for Preppers that you would like to share and possibly win a $300 Amazon Gift Card to purchase your own prepping supplies, enter today.

Let me preface this brief writing by saying that I very much appreciate the many, many articles I have read on prepping, and have often found myself humbled by the insights and awareness of the authors.

I do, however, believe that there is a major deficiency in the whole philosophy of prepping.

The fundamental failure, I believe, and expressed consistently in the prepping literature, is that current prepping philosophy is short-sighted, too individualistic, and not assertive enough of its philosophical underpinnings.

Basically (to oversimplify here) what I keep reading is “Prepare for a SHTF scenario by having food and water, protecting yourself and loved ones and possessions, and survive… “ What I do not read about is organizing, long range group survival, and rebuilding society.

At the moment, the “prepping movement” seems to consist of many people in agreement that there may be a sudden catastrophic watershed situation causing the collapse of the structure and functioning of society as we currently experience it, and one should prepare for the possibility. Specifics vary whether this may be a total financial collapse, the total loss of electricity due to an EMP attack or a super sun flare storm, apocalyptic natural catastrophes such as mega tsunamis or mega volcanic calderas, the moral and identity breakdown of our nation to the point of “take over” by the “globalists”, or a World War III with weapons of mass destruction. However, the fundamental point is that one should prepare to survive.

What do Preppers keep missing?

While this is an admirable starting point, it lacks the necessary depth in the context of this historical moment.

I will break away from the practical aspect of prepping for one brief editorial comment here. The real problem is not just the physical survival of the individual. The real problem is that America, (and the world) is functionally broken and needs to be radically fixed. I personally believe that the zeitgeist of history has reached one of those kerygmatic moments demanding that the global “RESET BUTTON” will indeed be pressed, especially centering on the nation of the USA.

Okay, back to the practical considerations of prepping: How long can any prepping family last? How long until the food supplies are gone, how long until a powerful gang of thieves or the government (redundant?) steal what you have stored or confiscate that to distribute things equally to all? 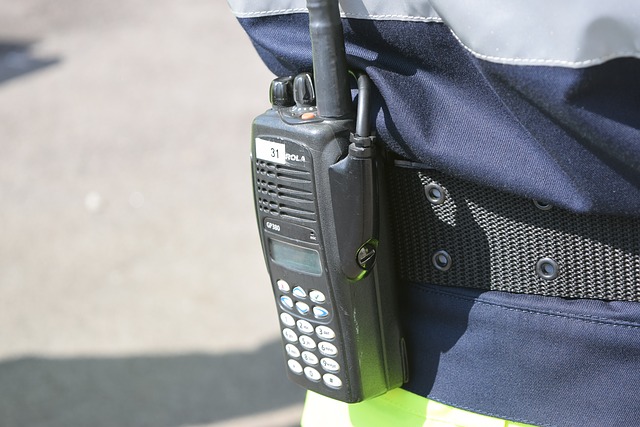 Communication post disaster with a larger group will be vital for survival.

Sorry, but a family is not a large enough unit to establish a real survival strategy.

Prepping needs to change from focusing on individual or family survival to focusing on organizing groups, (or maybe, more precisely, “mini_societies”?) who would have a longer range view of not only surviving any national catastrophe but also of rebuilding society.

Prepping groups need to more proselytistic and get more members who are actively taking steps not just for individual survival but for group survival. Local prepping meetings need to happen to help people understand what they must prepare for, especially so that they do not in a SHTF situation end up as a burden to others. Also standards and responsibilities need to be agreed upon, and discussions will generate ideas and activity.

A quick example:
Communications and neighborhood watch groups need to be established using radios. Establish a local standard frequency based on (MURS) The Multi-Use Radio Service (GMRS) General Mobile Radio Service or (FRS) Family Radio Service — basically we are talking about relatively inexpensive walkie-talkies that can be purchased at Walmart, Academy, or any sporting goods store (and which can be recharged with solar cell chargers).

The above would also be in conjunction with a Neighborhood militia or protection group. If strangers or gangs come into a small town to steal or vandalize they should be met with organized resistance and force.

Take this quickly one step further and establish organized protection groups for local ranchers and farmers. Crops and livestock need to be protected by a groups rather than just by individual ranchers and farmers. By establishing mutually beneficial agreements, the ranchers and farmers are protected from losing everything and the protecting group is assured a percentage of a renewable food source. Here especially we can deal with the concern for the longevity of survival by establishing a social unity of protecting harvest and repeated food production. We should also be aware that this protection may have to resist armed organized gangs, including governmental ones.

Prepping is not just a set of individual actions with the goal of survival; it is a philosophy; it is actually an existential statement that I believe that my life has value and meaning and that I am determined to take responsibility to protect that life and the lives of those I love. To take the next logical step, I can best perform this by not just acting alone, but by coordinating my actions with others who share that philosophy and sense of responsibility that we may have greater power to affirm that protection of life and value.

Presently many media presentations and perhaps the majority of the population consider “preppers” to be extreme, unrealistic, and perhaps paranoid, fanatics. If, however, we find ourselves in a SHTF scenario we may find ourselves in two camps – those that prepared and “have”, and those that did not prepare and “have not.” We can really say that there is a fundamental philosophical difference in the center of each camp – one camp felt that life is valuable or “sacred” enough to take personal responsibility for the possibility of disaster in these historically treacherous times – the other camp just felt “entitled” (for want of a better word).

So maybe it is not as much the possible scenario of the “haves” and the “have nots” (and one could wonder is this is the real truth symbolically portrayed by the current fascination of the “survival among the zombies” genre of film and literature), but rather it is more that is a watershed moment for which philosophy of life will survive. One could contend that Prepping is, deep down, not just external actions to prepare for individual survival, but it is, perhaps, the first step in rebuilding society by the survival of those people who believed that life is precious and that personal responsibility is necessary to actively protect that preciousness of life.

In summary, a more complete aspect of prepping would encompass the longer range view of the organized survival of groups or communities. Mankind has survived and adapted throughout history, but it has taken its steps forward through difficult historical moments by communal or group commitment, the shared advancement of ethical norms, and the organized righteous use of force.

Herb, Thank you for making the point that survival is a philosophy and I would add that it is also a discipline. “SURVIVAL IS NOT BY CHANCE, SURVIVAL IS A DISCIPLINE. A DISCIPLINE OF ATTITUDE. KNOWLEDGE, SKILL, AND ACTIONS.” Thank you USMC Survival Training School.
Your last paragraph puts the ribbon on the whole package of prepping and survival. No man is an island. It will take a community of like minded individuals working in concert as it has for millennia to insure the survival of our specie.

This is a good article and I wish I could get my neighbors onboard but apparently they feel organizing is unnecessary. I haven’t been able to get them interested even in CERT which some of them really need. Most of them are city folk living in the country and assume everything they need will always be just down the road. It is especially difficult to push the subject and maintain OPSEC. One gets tired of hearing the line “Well we will just come to your house for help.” WRONG!

L. A. McDonough
Reply to  Paulc

I don’t know why anyone doing preps would tell others what they are buying or doing in their community! This is stupid when people prepare for their family, then go around blabbing or informing others: gotta do this and do that. I learned decades ago you can’t force or tell others what they must do. Family members across the country won’t listen even, and they won’t be a threat anyway at that distance. This is putting family in danger. My neighbors in town know nothing about what we do or have stashed. Co workers, social circles even relatives living close… Read more »

You’ve summed it up into one phrase as to why nobody talks about large scale group survival…”it is a philosophy.” When was the last time you saw a community come together in agreement on something simple like parking, what color a house can be painted, or some other type of project? You would extremely hard pressed to find a neighborhood that would be willing to work together for the same philosophy such as prepping. The current mindset of the world is “we’re okay, things will continue to be okay, the benevolent government will provide, or I’ll just take what I… Read more »

Long Term prepper mindset for the re-establishing a community is something that wont happen until it is needed to happen after desperation sets in. you cannot get that kind of thinking in place while folks live in the lap of luxury and convenience. That’s a fact, the mental mindset is not thinking about worst case scenarios at all until after it happens, you wont get TV watching sofa surfers into any kind of mindset to actually think until after the disaster happens and they have TV to watch, cold beer to drink or Cheetos to chomp, much less no toilet… Read more »