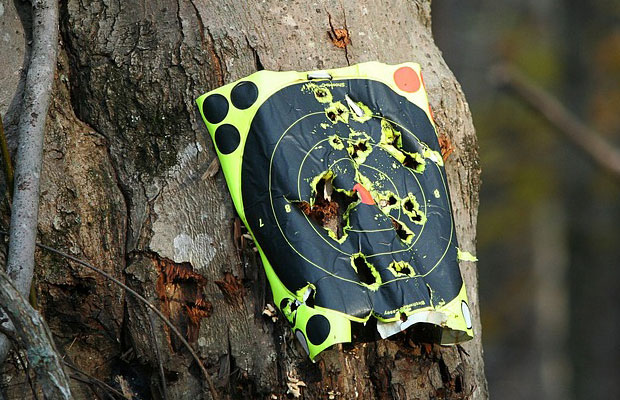 Editor’s Note: This post is another entry in the Prepper Writing Contest from Chuck. If you have information for Preppers that you would like to share and possibly win a $300 Amazon Gift Card to purchase your own prepping supplies, enter today.

Let me first say that I have both an adult air rifle and a “BB gun”. There is a very big difference. I started out carrying a BB gun when I was about 6 years old. Many a bird fell to my years of shooting that old Daisy. Many BB’s were lost to shots that didn’t hit their target. At 6 years old, I didn’t always have adult supervision on the farm in Western Pa. I shot some things that I should have gotten my ass kicked for but were never found out or were forgiven. The old Daisy made me proud at the time that I was able to carry a gun. I guess it brought me back to my roots that I didn’t even know about at that time. Hunting is still a natural instinct no matter the age. I was 15 before I got my first “real” gun. It was a 20 gauge shotgun. A bolt-action Western Field. 3 shot clip. 2 years later I had my first rifle, a .22. It’s hard to count the number of rifles and shotguns I’ve had since then but all of those were bought, loved, used, cared for, and sometimes sold with love and affection for each and every one.

When I was shooting the old Daisy, I would guess at the target mark. Having shot many thousands of rounds, I kind of knew where that BB was going to go. I even tried to make a scope for it using a toilet paper tube and some wire. Bending the wire where I thought it should be to make every shot hit the mark. (that didn’t work) I guess that old Daisy set the precedence for the rest of my life.

As I grew older, I found, like many of you, that BB’s don’t really work for most hunting situations. Rabbits, squirrels, and any other eatable game was safe. The 20 gauge brought on a whole new meaning to hunting. What great new thing this was. Instead of one BB, you have hundreds. (no birds were safe).  A few squirrels and rabbits fell to my lucky shots but I was still missing something. I think I felt like I was cheating. I was used to that “1 shot”.  A couple of years later I was given a .22 (bolt-action, 7 shot clip, Winchester) OK now I was back on MY playing field. One shot, hit or miss except I had 7 chances if I could get the shots off quick enough.

Let me jump many years forward and tell you about what I have learned from many hours of Google searches, YouTube videos, and asking questions from others, as well as buying the “newer pump up BB/Pellet rifle from Crossman, There are so many great new things out there as far air rifles are concerned. You can get anything from a .177 caliber to a .50 caliber air powered rifle. Some are single cocking action, some are pump up action, some are CO2 gas, and the larger are air-filled tanks. Lewis and Clark had  Air Rifles when they crossed the Country. The Indians were amazed by it and allowed them to go into areas where they wouldn’t have been able to go without it. Isn’t innovation great?

Read More: Should You Buy an Air Rifle for Survival?

After learning all this I started doing research on the newer Adult precision air rifles. Gamo caught my eye and I researched them. Let me say here that I had shot a Benjamin Air rifle years before and was very impressed with the accuracy but it had a big kick to it. (yes, air rifles can kick and sometimes, very hard)  I watched videos on U tube (on the Gamo site) where they shot a 250lb hog with one shot and killed it.  One shot to the head and it penetrated the skull of a pig.( that’s impressive) The Gamo rifles can shoot anywhere from 1200 up to 1400 FPS (feet per second). They are a single shot and do not require any CO2 or any other assistance to make the power other than cocking the rifle. (there are CO2 rifles and pistols but their rated velocity only lasts a few shots before the CO2 cylinders start depleting)

I bought the Gamo Silent Cat model. It shoots 1300 FPS by cocking the barrel (break barrel action) and placing the pellet in the chamber and has a noise dampening system. Let me say here that I am very impressed with this model. At 25 feet, it goes though 3/4″ plywood with no problem. I also witnessed a friend of mine shoot a Ground Hog at about 90 yards and drop it in its tracks with a Gamo that shoots 1200 FPS using PBA ammo. (PBA, Power Ballistic Ammo, is a Gamo brand that is copper coated and does not deform on impact. It retains it shape when shot at most objects). I have not done tests on this but it seems that the Air Rifles don’t have the same rise and fall of powdered rounds. If you site in at 25 yards with a Gamo, its good for 50 or 100 yards.

I am buying many different types of ammo for my Air rifle just because like any other rifle, they all like a specific weights and shapes. Gamo makes a lot of ammo for their rifles but I also buy Daisy and try to get different shapes and different points. I have over 2000 rounds of ammo for the adult air rifle and I have yet to see which one shoots the best. The great thing is that all that ammo costs me less than $50.00. Where else can you buy ammo that cheap? Even if you can’t put a pellet in the bull’s eye at 50 yards, you can still kill game and a threat in a tactical situation a person is a lot bigger than a squirrel.

Lets think about the above information from two different perspectives. Can an Adult Air rifle be used for hunting and can it be used for defensive measures?  FACTS : its quieter than any other firearm. As quiet as a crossbow. Faster than cross bows and faster than any bow I’ve ever heard of. Speed means power. Power means penetration. Penetration means death (if the shot placement is right). Granted we are comparing 4-7 grains to many hundreds of grains for the cross-bow bolt and that is going to make a difference in penetration however, we are also seeing that a 4 to 7 grain pellet can hit an object with more accuracy (in my opinion) and for much less cost than carrying 2000 bolts and at a faster rate of fire. You can carry 2000 rounds of pellets in a small bag. You can hit small or large game (deer) and take them down as easy as a .22. You can be stealthy and eliminate or at least compensate for larger dangers.

I’m not saying to get rid of the .22’s or .17’s. They have their uses as much as any other weapon. The more the better but, don’t discount the adult air rifle as a toy. It can save your life without anyone else hearing it. I have mine and I’m very happy I bought it a few years ago when the prices were a wee bit lower. Mine also works on compressed air not a spring. Most of the newer ones are built that way.

If you are wondering, NO I do not work for or get any type of compensation from Gamo or any other adult air rifle company. I am just impressed enough to brag about their products. I can tell you honestly that I will have my adult air rifle with me right beside the other top five rated weapons that every Prepper should have. Gamo has a few videos on YouTube that will show the power of these light weight weapons. I feel you owe it to yourself to look them up and watch them. Even if you don’t buy one, I can promise you that you will be impressed with their rifles. Take care all and God Bless.

I purchased a Gammo Silent Cat a couple of years ago to fix a squirrel problem. With a large, very over-fed grey at 25 yards, the weapon with open sights will put a PBA pellet through it’s skull every time. The sound of the pellet hitting a tree in the wood-line 50 yards behind clearly audible. Add in the available 3-9 scope, and it’s a a small game provider out to about 70 yards. I wouldn’t be averse to using it for head shots on the small white tails we have around here either. Nor in a survival situation would… Read more »

Face,throat and chest shots should be a pretty big deterrent to someone. Would be good for taking someone out quietly.

I wouldn’t think to use an air gun for home defense. My knowledge on them is limited but as my understanding goes with an air gun or even a .22 for defense, shot placement is crucial! However, I love that this article really made me stop and take a serious look at adult airguns as an emergency preparation. In a defense situation i want more power and less reliance on shot placement. After all, defense implies that death or worse is seconds away. An airgun as an emergency hunting rifle though! Great idea! At least in that case, death is… Read more »

Range is definitely a limiting factor when considering using an air gun on sniper duty. Unless you were out in the woods with presumed bad guys, you’d have to see the whites of their eyes before you could put a pellet through one.