Are Your Children Ready for SHTF? 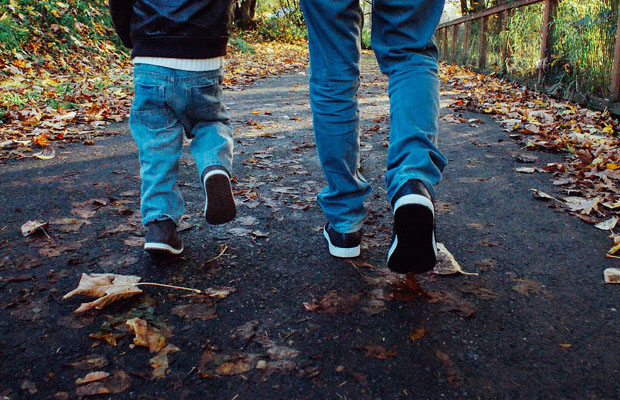 Editor’s Note: This post is another entry in the Prepper Writing Contest from Benjamin Burns.

Do you have children? Grandchildren? Young siblings? Have you ever thought about them when you are prepping? What role will they play in your family’s survival? Will they be the broken gear that leads to everyone’s death or will they be the extra power that helps you all get through it? Will they survive if you don’t? My son is a normal, video game playing, cartoon loving ten-year old. He collects cards and likes to make messes. What he doesn’t know is that I’ve been training him for when SHTF.

I don’t tell my son stuff to scare him into prepping. He knows that bad things happen to people all of the time but I don’t scare him with stories of Planet X, martial law or any of that. Whenever there is a disaster, I share a little bit of the news with him. We have talked about how bad things were after Katrina. I didn’t go into detail about people shooting at cops or about the rapes, just about how people didn’t have water, food or medicine. I told him stories from when I was his age and an ice storm knocked out the power several days. He knows that his uncle and I were able to provide hot food for our neighbors, even though they were full-grown adults. He understands how make water safe to drink and why we always look for good deals on bulk food. He has even found some great buys at our grocery store, stuff that I missed. This is how I am beginning to get him mentally prepared, in case SHTF.

Every couple of weeks, we go geocaching. He loves it so much that he begged for his own GPS. He put his daycare, grandparents and our house in it. He even labeled them with his own ‘code names’. He carries it everywhere he goes, in his backpack. He learned the hard way that his baby brother is messy so he keeps a full change of clothes in there as well, even socks. I make sure they are season appropriate. On our geocaching trips, we walk for miles. We hide what we are doing from other people so he has gotten used to looking for anyone watching us. He has even started ducking out of sight when he thinks someone is watching. This is how I’m preparing him for any movement, if SHTF.

Every now and then, I shut off all the lights and put away all the electronics for a night. He gets so excited because this means that we are camping in the living room. We have been doing this since he was five or six. He knows exactly what to get out and what goes where. He knows that the candles don’t go inside the tent or next to the windows. Yes, sometimes he gets upset because his favorite show is on that night. I still make him play along and we eventually end up playing a board game. This is how I’m preparing him to bug in, if SHTF.

Getting your children ready for SHTF

We hunt and fish. When he was five, I taught him a made up game. We saw a groundhog at the city park. I showed him how to stalk it and now it’s something he loves to do. We see who can get closest to an animal before it darts away. He has his own rifle and shotgun combination. If he wants to shoot it then he knows that he has to clean it afterwards. I bought him a bow and some arrows. After he lost several arrows, he wanted me to buy him new ones. Instead I suggested that he make some. The look on his face said ‘why didn’t I think of that’ and it was priceless. He’s getting decent at making them. Soon him and I are going to build our own bows. This is how I’m preparing him to find meat, if SHTF.

Read More: Teaching your kids how to react to an active shooter

He saw me building a lean-to last year. He asked some questions and then started to lose interest. I said, “Go play. This is adult stuff.” He puffed out his chest and started saying that he isn’t a little kid and that he can do it too. Now we compete with each other at building shelters and traps. I let him win just enough to keep him interested. We have even made some larger traps, together, that he found online. I stress the importance of never leaving his traps up so he doesn’t hurt anyone on accident. His mother is very big on environmental issues and has taught him to always pick up his trash. I took it a step further and showed him how to hide traces of his campsites. This is how I’m preparing him for bugging out, if SHTF.

There is a whole long list of the ways that I am preparing him, without him knowing. If he wants to go to a movie, friend’s house or somewhere like that then he has to tell me the turns. This can turn a ten minute drive into a half hour adventure but it gets him to pay attention. On road trips, I give him the map and he is my navigator. I convinced him to learn some simple first aid and he actually enjoyed it. The list goes on and on. All of this ‘training’ barely takes any time. He still gets to be a normal kid. One day he will realize what I have been doing. Until then it’s just going to keep being our ‘games’. I can hope that we continue having a life free of disasters but if something does happen, I know that he will be ready. It doesn’t matter if its next year or fifty years from now, when SHTF, my son will be ready and he will be an asset.

I love my children more than anything else. I want them to grow up normal and happy. I also want them to be prepared for a hard life, if SHTF. I want them to be able to survive without me, because we all know that people will die and I know that I could be one of those people. Do you want you’re children to starve to death when you’re gone and SHTF?

Yep, all the camping and the survival stuff has helped my 28 year old. She has hiked most trails in Yellowstone and other places she has worked. Now at a Ski Resort, she has learned what to do in the event of an avalanche or other winter emergency. I am grateful my little girl can help herself or others in a SHTF event. And, don’t be too fussy about a messy kid. I thought that was a bad thing too. Silly me. All the Energy Drinks, Beef Jerky, and Crackers in her car could feed an army for days.

Wonderful ideas. One thing I might add is learning local flora and what is ok/not ok to eat and what can be used for first aid.