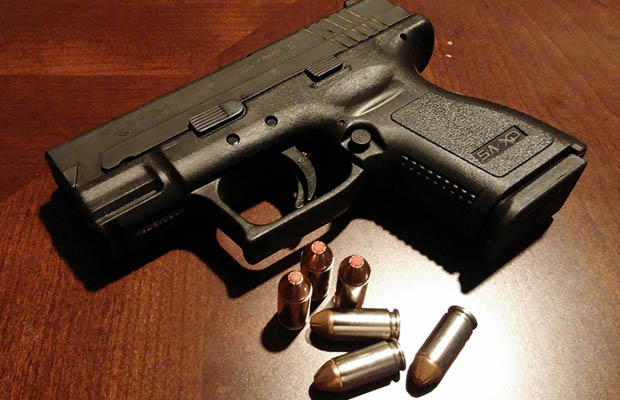 Permitted in all 50 states, carrying a concealed gun is no longer a taboo topic of discussion. There are still the ones who strongly disagree with carrying, but the importance of carrying can no longer be denied. Preppers know that in a SHTF scenario, open or concealed carrying is essential for surviving. Having a gun on you at all times doesn’t translate to making rash decisions or going on a mass shooting, as many people assume. Instead, having the right to bear arms offers carriers protection for themselves and their loved ones, safety and a sense of responsibility.

1. Protecting yourself and others when you can’t rely on the police

In a worst case scenario, when all hell breaks loose, police forces won’t be able to protect anyone. In fact, they might think of their own protection and their family’s safety before considering helping out the public. What is to be done in this case? Responsible survivalists will never use guns for anything other than self-protection and the safety of children and other unarmed people. Try picturing a chaotic scenario where everything is up for the grabs: supermarkets are vandalized, people are desperate to get their hands on food supplies. Everyone is only thinking about themselves and their families, why should they care about strangers? From here on, it’s not difficult to imagine how things can get really heated. Sometimes all it takes is an insult, a shove or a push for a guy to take out his knife and start waiving it around. Wouldn’t you wish you were carrying a gun in this situation? Not only would you be able to save yourself, but you’d save other innocent lives around you who just happened to be in the wrong place at the wrong time.

Carrying a concealed gun will put any survivalist at ease. When SHTF, everything turns upside down and not even traffic rules are followed anymore. The mere act of stepping out of your house can pose a risk. But surviving requires outdoors activities: taking care of a back yard garden, managing and feeding your livestock, gathering tinder, building things or going hunting. The one thing that all these activities have in common is that they can’t be rushed or done while you’re looking over your shoulder at all times. If you want to feel safe in your house, in your vegetable garden or in your back yard, carrying a concealed gun will do the trick. Only because you’re carrying a gun, that doesn’t mean you have to fire it. But you will feel more protected and you won’t be afraid to go about your daily chores with your kids and family. 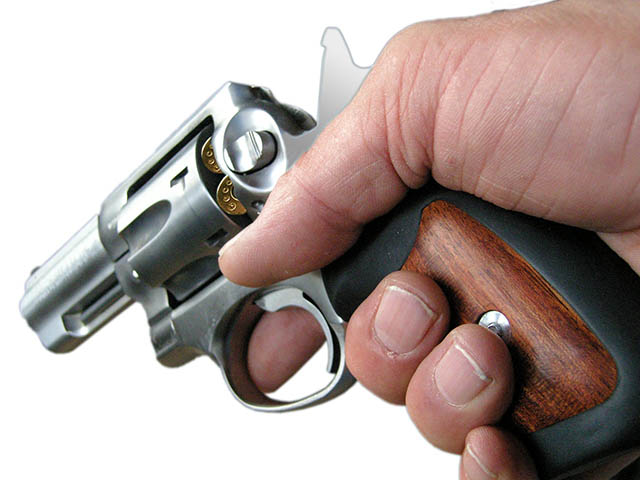 This is one of the main pro-carrying arguments. Rash shootings are spreading through the US faster than ever before. If this is happening during times when police reinforcements are only a 911 phone call away, we can only imagine what things will look like when SHTF. Most school mass shootings could’ve been prevented if the administrators would’ve been properly equipped and trained to carefully handle the situation. The same principle applies to survivalists. You can’t be prepared for everything, but if you can prevent public shooting sprees, it’s worth wearing a concealed gun. When attackers know or guess others are wearing a gun, the chances for him to start shooting at random decrease. Wearing a concealed gun will make you feel more confident, while wearing an open gun will discourage attackers from going berserk. It’s easy to be a collateral victim in this kind of situations. Even if you’re not the direct target of the shooter, you’re not immune to the attacker’s violence. Generally, mass shooters are very unstable and will react to stimulus that the rest of us wouldn’t even notice. Remember that a SHTF event means the food supplies are running low, there might be no clean water or electricity. This means almost everyone is on the edge and aggressive individuals are just waiting for the chance to be provoked and prove who’s who.

The biggest argument against carrying a gun, whether we’re talking about open or concealed, is that it bring the worst out of people. Anti-carrying supporters claim that wearing a gun makes you more rash, more impulsive and leaves you feeling on the edge at all times. But I would argue that things are, in fact, quite the opposite. And there are studies that back up my statement. Carrying a gun makes you feel more responsible, both for yourself and for others. Once you know you have the power to fend for yourself and once you know no one can harm you easily, you’re bound to relax and take on a different attitude. Gun carriers are less confrontational, studies show, and they are more likely to abide by the law. Once you strap on a gun to your belt, you’ll have the confidence to walk out of the door and be the first one who steps down when facing an aggressive individual.

A quick glance at the numbers in the states that enforced “shall issue” gun carrying speaks volumes about guns’ ability to deter crime. Murders, assaults and robbery took a slight dive, with crimes decreasing by 8.5%. Survivalists who carry guns will not only be able to protect their loved ones and prevent mass shootings, but also deter murders and robberies. Attackers usually feel confident about busting into a store full of people and dashing behind the cash registry. Recklessly waving around their guns, they think nothing and no one could stop them and by the time the police arrive they’ll be long gone. But will they act in the same way if they know other persons can be armed and can retaliate? Reports say that they would think twice before taking out the gun and threatening everyone left and right. Carrying a gun can deter crime and can discourage potential criminals from stealing, vandalizing or devastating and even hurting innocent bystanders.

I’m getting more conflicted about C/C. It will provide the G-men with my most up to date info. I’m not “off the grid”, but, I don’t want a neon sign in a database with all of my current info.

.
If the sitch gets so bad I need to carry, my biggest problem won’t be the card I don’t have in my wallet.

It will be if you get locked up when your family might need you most!!!!!

The laws of my state provide the right to both open and concealed carry – without requiring a permit. In my community it is not uncommon to see men and women with open carry sidearms in local stores and on the street. No one even raises an eyebrow. Work on your state legislators. If they don’t support the 2nd Amendment, get rid of them.

In response to your claim that it is permitted in all 50 states: In NJ, one has to prove that there has been a threat to one’s life in order to carry a gun. Otherwise , a NJ resident cannot take their gun out of the house unless going to a shooting range or going hunting.

OK article, but this topic has been beaten to death. I’d like to see a good article telling new CCW holders what a real pain in the butt CCW is actually. Hot summer, driving in a small car, sitting all day in a typical office chair, going to the bathroom, CCW for small individuals, anyone who has carried all day long for any length of time will quickly discover how hard it can be.

I know what you mean William and discussed some of those issues in my article on the Best Way to Carry Concealed. https://theprepperjournal.com/2015/06/02/the-best-way-to-carry-concealed/

There are more problems than someone might realize and you bring up another aspect to this discussion that is worth having. Let me see if I can write something on that subject, or maybe you would like to enter something into the Prepper Writing contest?

Thanks for reading,
Pat

I like how you mentioned that only because you’re carrying a gun, doesn’t mean you have to fire it. I have a cousin who was attacked by a stranger not too long ago, and now she’s also considering carrying a concealed gun for protection. The increased feeling of security will certainly be helpful in going through day to day activities.