The Attitude of Survival 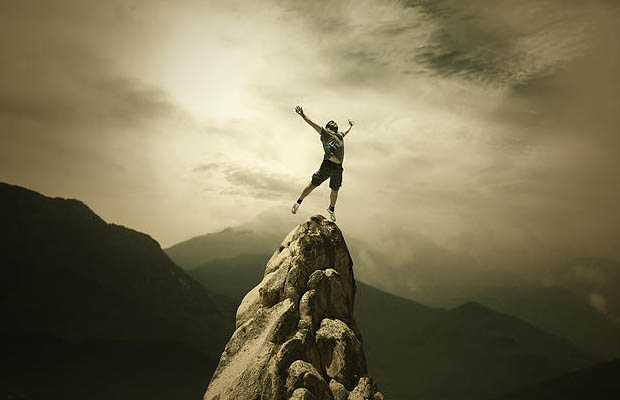 Editor’s Note: This post is another entry in the Prepper Writing Contest from Wendy. Survival is not guaranteed by an awesome assortment of tools and gadgets. Many times throughout history, when lives were on the line it was a deep down desire to succeed that kept people going. It wasn’t a can opener, it was the knowledge that somehow that can was getting opened no matter what. The attitude of survival is just as important to preppers as skill and stuff. Make sure your attitude is set on surviving and no matter what you are faced with.


All things considered, the most important thing we can bring with us into any SHTF scenario is a positive mental attitude. Don’t laugh. Things will be hard enough as it is once the proverbial snowball begins rolling downhill whether the triggering event is political, economic, environmental, or a combination of all three.

Many prep and survival articles out there right now focus on specific things such as the various ways to start a fire or how to survive in an urban setting or what plants are safe to eat. This knowledge and the skills which go along with it are essential but without a positive attitude your chances of surviving astronomically plummet. Whether you rely on religion or are just a naturally optimistic person, you must find a way to see the light at the end of the tunnel. A SHTF scenario, regardless of why it occurred will be a shock to the majority of people who live in this modern world and rely on technology to do the most basic of things day in and day out.

The one struggle I see among friends and acquaintances that run and/or volunteer at animal rescues is the unfortunate fact that they can’t save them all. This is a very depressing reality for them and it will be a human reality during a SHTF scenario. Coming to terms with it now and possibly learning to detach a little such as those in the medical field must do so as to protect their psyche when viewing horrible cases of man’s violence against man will be a must. You must review your priorities. Understanding this as the new reality but having hope that it won’t last forever will get you through. Unfortunately, not everyone will be able to maintain this sense of optimism through the worst of times. Do your best. If you have the means and the room, save a little extra for those who may come to your door seeking help, but realize your ability to help isn’t as limitless as your willingness to help. Even if you had a storage facility the size of a mall and a farm on which to grow food, eventually, it will run out if you aren’t careful.

As much as I discuss attitude in this article, you may feel like I have a bad attitude about the future of the human race but I don’t. I think we can survive the coming disaster – whatever it may be – but not everyone will. Understanding this, knowing you’ve done your best to mitigate the losses in which you can influence, but ready to face the reality that not everyone is going to make it through will allow you to maintain a PMA – positive mental attitude. PMA doesn’t mean you are all smiles and sunshine all the time. You will be sad, you will be frustrated, you will be scared and you will get angry, but with PMA, you will be able to soldier on. This is a tough subject to broach and each individual will have to face these feelings in their own way but we can support each other.

Take the time to read about how other people made it through catastrophic circumstances such as the Balkan War or the 2004 Indonesian Tsunami. The chips were down as far as they could go but the ones who survived and made it through to the other side never gave up. It may not have always been obvious but they had their Positive Mental Attitudes tucked away tightly in the corner of their brains probably set to auto-pilot, but it was there. There are many more examples I could list but these are two which I recently read up on.

Being prepared doesn’t only mean you’ve stocked back enough food, water filtration supplies and good old toilet paper nor does it mean you’ve learned defense techniques or how to grow a garden in buckets on a rooftop, it also means you have prepared yourself mentally. When we come out of the other end of the dark tunnel of the SHTF event, we will not be the same. We will carry physical and emotional scars. We will experience PTSD. Realize this and be prepared to deal with it. And please, if you are in better shape than most, cut some slack to those who are not. We each deal with things in our own way and some are more capable of handling things better than others.

An overly optimistic view of the coming event could see us hearken back to days of rationing such as occurred during both the First and Second World War in the United States and in Europe. Limiting portions of the basics such as sugar, flour, coffee and fuel. Learning to Make and Make Do all over again – which would be a shock in itself to some generations especially those who’ve never known a time when there wasn’t enough. An overly pessimistic view would be to think the coming event would see everything fall apart such as in Cormac McCarthy’s book The Road. I think it would be tough to allow myself to think that is our eventual destination. Personally, though it had a moment of light at the end, that book came across to me as a collection of people who have given up. The nameless man and boy in this story go on, refusing to just sit down and die but they do not see any light at the end of the tunnel. They just go on because it’s become a habit. I would like to think things will not get that bad. That we won’t have to resort to eating people for sustenance. I will not allow myself to believe that it will get that bad, however, if it does, I will reach far down inside myself to find the last scrap of PMA I have and hold on to it for dear life for I know, as long as I wake up every morning there is hope. As long as we don’t lose our humanity, there is hope.

In the history of the human experience, we have been a pretty resilient lot surviving wars, environmental catastrophes and disease. We are stronger than we know and after we make it to the other side, I hope that history will remember those of us who did. To bastardize a quote from a book by Stephen King, we lived because we were strong and we made a “stand”.

I admire your message and the attitude that you project. Personally, I’ve never really wondered whether my attitude was positive or otherwise. Motivation to protect my family has always been the guiding principal. Will there be a light at the end of the SHTF tunnel? No one can say, but the thought of curling up in a fetal position is not my concept of survival. My personal ‘PMA’ is that my family will survive intact, regardless what it takes to achieve that objective. I hope you are right, but I think it will get a lot uglier than you imagine.

I can imagine some pretty horrific scenarios but I still hope I am wrong. However, I will not wait more than a few milliseconds to decide which course of action to take in a crisis.

I fully agree with this article. Preparation is one of the best ways that I can see to prepare for a positive attitude. For example, the dandelion is a completely edible plant but there are so many would not touch it unless, as they say, ” my life depends on it”. Well it is entirely possible that your life already depends on it. Because in the state of SHTF you will be dealing with one stress on top of another. And which added stress is going to be the one that breaks you? If eating a dandelion causes you stress… Read more »

To who this may concern No God No peace Know God Know Peace learn this simple lesson to than advance to Improvise Adapt and Overcome and nothing is to hard that your Will To Live can find the Answer To Any Problem in this world . All Motivation , All Inspiration , is in the understanding that with God all things are Possible .

Triage will be a fact of life, but most people do not understand this concept. Staying busy and not having time to dwell on things, will be a must.
Dory the fish had the best motto, for preppers “Just keep swimming”!