Building a Get Home Bag on a Budget, the Thrifty (Aka Cheap) Way 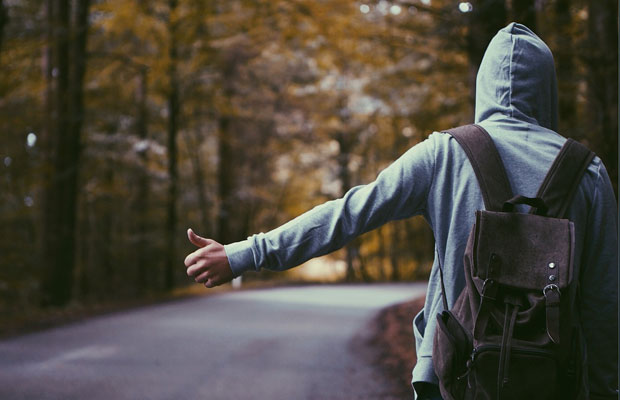 Editor’s Note: This post is another entry in the Prepper Writing Contest from PAD Commander and in it he discusses how he built his Get Home Bag, rather creatively from a lot of underutilized resources. If you are trying to build your own get home bag, check out some of the ideas below for inspiration.


There are a lot of articles out there about building “budget” bug out, GOOD or get home bags, but this one actually provides some alternate sources that anyone can tap into, and builds the complete bag (less EDC items) for under $50.

I was out roaming around the neighborhood, stopping at garage sales a couple of Saturdays ago, and ran across a US Army medium Alice pack with frame for $5. Courtesy of Uncle Sam, I have many miles carrying and quite a few days and nights of experience in the field with Alice packs. While I don’t think they work as well as higher end commercial packs that I use backpacking, they are still decent bags, especially if you keep your load down to 35 pounds or (preferably) less.

The Alice pack was introduced right at the end of the Vietnam War. It is made of heavy nylon, with a divided main compartment, three exterior pockets and a cover flap that has a flat pocket for copies of orders, maps, etc. It also has external attachment points for other Alice gear or for the older style gear with the wire bails that dates back to WWI and for strapping on a sleeping bag at the bottom. It can be carried with or without a frame. With the frame, it has a quick release shoulder strap so you can drop the pack in a hurry in a combat situation or if you get into trouble crossing a stream.

At $5, this was a great buy, the problem was that I already have a couple of them as well as a large Alice pack, and that’s after I gave away two other packs to my son. I am trying to be a bit pickier when it comes to bargains, and was going to pass on this one until I thought it might make a good starting point for an article on putting together a budget Get Home Bag for The Prepper Journal, at least that was my excuse for buying it. In addition to the Alice pack, I picked up two US surplus canteens with carriers at the same sale for $1 each, one of them was a WWII vintage 1943 Stainless canteen. They also came with one canteen cup, stove for the cup, and an unopened bottle of water purification tablets.

The budget get home bag challenge

I decided to sit down and make some “rules” for my challenge.

Places I would try first to look for bargains are:

First, I took stock of my EDC (Every Day Carry) items, so I would know what I had and what I needed to supplement.
My edc includes:

EDC stuff kept in-car that would help with getting home

Building the get home bag

I gave myself a month to put this kit together and decided to try to keep it under $50 all told, less than some preppers pay for a knife. Here is what I picked up from each source:

So excluding the food, total cost for the Get Home Bag was $47.94. It is well within the abilities of almost anyone to put together a bag like this.

Although beyond the scope of this “challenge”, I also checkout out some local pawn shops, a gun show and some Facebook firearms buy sell trade pages to see how cheap I could pick up guns to leave in the car. The best deals I picked up in each category during this time frame were:

What bargains have you found for your Get Home Bag and how far were you willing to go to save some money?

Good article, with emphasis on keeping it cheap in case of car break-ins (very common in my area). Might be best to conceal the bag is a cardboard box and cover it in worthless-looking stuff; most car burglars only spend a few seconds deciding what they’ll carry away.

Great ideas and you show that, with a little effort, you really can put together a low cost Bug Out Bag. A couple of other items worth considering at garage sales: Spools of fishing line (many uses) and an entrenching tool (garden trowel).

Very good article, when I have to leave my GHB in my vehicle I cover it with an old filthy looking ( but actually clean) cotton sheet over which I liberally sprinkle old fast food containers ( again actually washed and clean) to the passing eye the cargo area looks positively disgusting and unappealing.

Sorry, I am calling BS. All the other items are a damn steal at the prices. Even the firearms are far fetched, but OK, I”l bite. But where he lost it for me was the $1 North Face jacket. No. Simply no. You did not buy a North Face Jacket for $1. I donate to Good Will often so I go in and check them out occasionally. I have purchased Halloween costumes there as jokes before. You are not getting a north Face jacket for $1. That made the rest of the article suspect. Where did you get the free… Read more »

Absolute and total B.S. on the prices for the stuff listed. $1 for a Surefire flashlight? Yeah, riiiiiight…..

What was the weight of the finished bag?