Terrorism Survival Guide: What to Do When Major Man-Made Disasters Happen 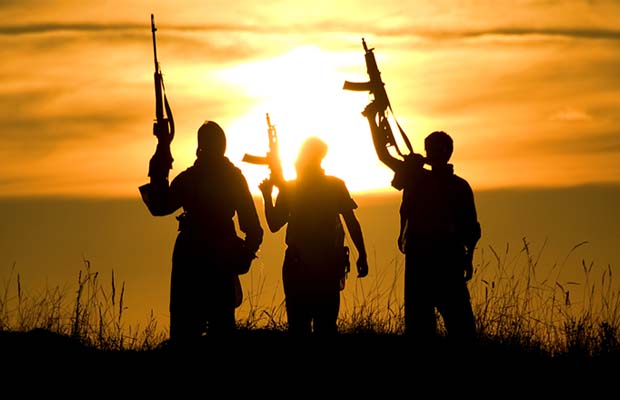 Editor’s Note: The following post has been generously contributed by Courtney Thompson from Falloutguide.net. If you have written something that you feel would be of value to the readers of the Prepper Journal, please contact us. We are always looking for great new content.

Imagine when a nuclear bomb hits your city, decimating everything on impact. You miraculously survive the initial blast, but will you manage to escape the lethal effects of the radioactive fallout?

Or how about when a terrorist hijacks your plane or subway train – do you know the most important safety measures you need to observe to survive?

These doomsday scenarios can happen anywhere with brutal suddenness, and you must be prepared to do everything you can to protect yourself from injury and harm.

Even today the threat of a terrorist hijacking, bombing or even nuclear attack is palpable, but you can increase your chances of survival by reading through this terrorism survival guide.

In the following sections, you can find out what to do in hijacking and hostage situations, bomb attacks, nuclear attacks and the radioactive fallout after the initial blast, biological attacks including engineered viruses, and chemical weapon attacks.

In the 1990s, the United States Department of State’s Overseas Security Advisory Council developed a set of personal security guidelines for American business travelers overseas, including how to respond to a hijacking scenario, and hopefully come out unscathed.

Should your aircraft become hijacked, the survival guide listed pointers on how to ensure your safety.

Terrorists hijack aircraft and other public transportation in order to gain media attention and demand something from the government. As seen in the World Trade Center and Pentagon attacks, a hijacking could also be done so terrorists can cause damage, sow fear and relay an ideological message. They will not hesitate to use you and other hostages to achieve their objectives.

What to do When a Hijacking is First Announced

After initial hijacking phase, there will be a negotiation phase between the hijackers and authorities, and this period could see passengers used as a bargaining tool. 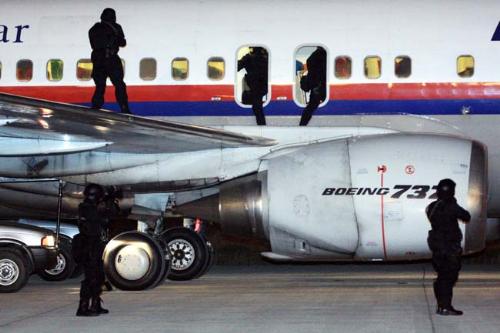 What to do During the Negotiation Phase of a Hijacking

The final phase of the hijacking is the resolution phase, which can be a result of intervention by a hostage rescue team or a successful negotiation. In the case of a rescue operation which could involve noise, chaos or shooting, you should observe the following.

What to do During a Hostage Rescue Operation

After the hijacking crisis is resolved, you are advised to cooperate with local authorities and other relevant agencies in relating information about the hijacking.

Why Terrorists Carry Out Bomb Attacks

Terrorists also like to employ bomb attacks because of the mass panic and confusion it creates, as well as its relative ease of execution. Makeshift explosives are more accessible than the likes of chemical weapons or a nuclear bomb, and even a small group of terrorists can create havoc through bomb attacks, or even just the threat of them.

How to Spot a Package or Letter Bomb

Terrorists can send out package or letter bombs, but you can spot them and reduce your threat of opening one with the tips below.

How to Survive a Hand Grenade Attack

How to Survive a Car Bomb Attack 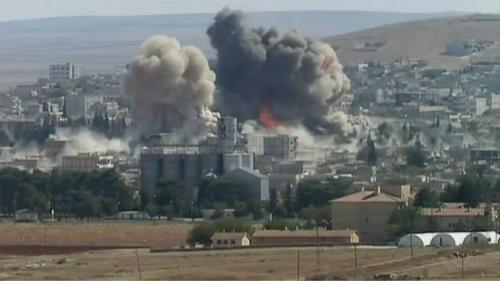 How to Survive a Public Transportation Bomb Attack

How to Survive a Suicide Bomber Attack

A suicide bomber attack often involves a terrorist strapping a bomb in his person and committing to kill himself in order to inflict damage or death.

Terrorists and rogue nations can initiate war through aggressive action against another nation. One glaring example is the response of the United States after the terrorist group AL-Qaeda instigated violence by carrying out terrorist attacks that killed thousands.

A Stanford report also states that wars between two nations can also occur due to a failure of bargaining over religion, as an act of revenge for past transgressions, and ethnic cleansing and other ideological mass killings. 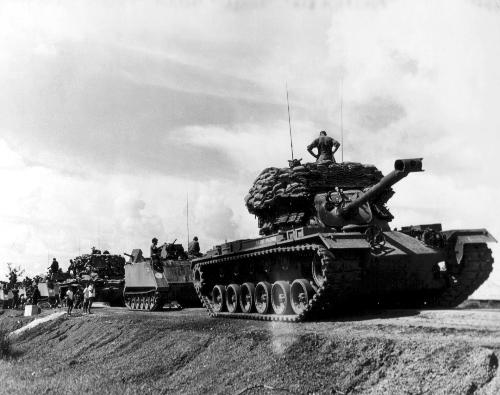 How to Survive When War Breaks Out

If and when war breaks out, either between two nations or a nation and terrorist group, Daniel Kearns, a former paratrooper for the 82nd airborne division doled out tips on how to survive a war zone even if you have little or no military training.

The threat of nuclear attack is a distant but nightmarish possibility. Rogue nations and terrorists may be able to obtain nuclear weapons and unleash them on the public, but will require a complex operation.

Possible aggressive reasons for launching a nuclear attack is a show of force or a desperate move of a rogue nation or terrorist that feels it has been driven to a corner.

How to Survive a Nuclear Fallout

The US Department of Energy’s Lawrence Livermore National Laboratory (LLNL) provided some guidance on how to maximize your chances of survival when a nuclear bomb goes off and the fallout that follows. 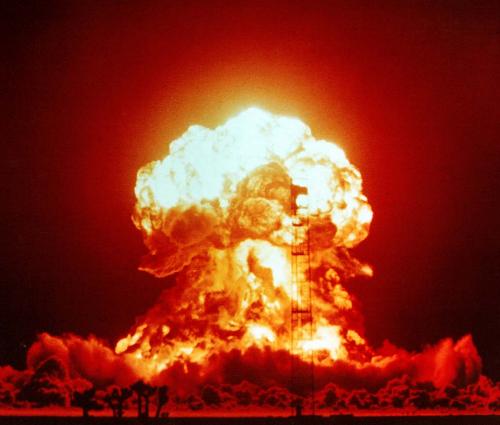 Should You Stay Put or Get a Better Nuclear Fallout Shelter

Michael Dillon, an atmospheric scientist at LLNL, created a mathematical model factoring in the radiation exposures and human behavior after a blast that was detonated by a terrorist group or small state, and then came up with an easy-to-follow guide for survivors.

Terrorists can choose to carry out biological attacks in order to cause illness and death, sow fear and societal disruption, or inflict economic damage against a nation or population, according to the United States Homeland Security.

Alternatively, terrorist biological attacks may also target agricultural plants and animals instead of humans in order to cause economic damage, loss of confidence in the food supply and possibly loss of life.

The rise of genetic knowledge and computational power has made it possible for terrorists to deploy biological weapons, especially engineered viruses. Genetic engineering can now be used to make viruses more ineffective, virulent and drug resistant.

How to Survive an Engineered Virus and Other Biological Attacks

How to Survive a Chemical Weapons Attack

Chemicals have long been used as a form weapon, and in the modern era, even terrorist have learned to create such weapons. Chemical weapon attacks are often dispersed through the air, and can leave a large number of people disoriented, disabled and even dead due to suffocation or other effects. 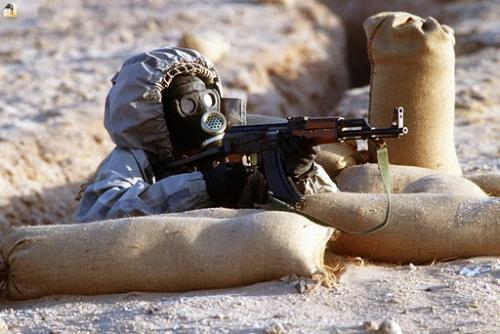 I have lived 5 wars. I have been blown up and killed and brought back by quick acting medics.

I have been killed another 4 times by the VA….. I would have rather stayed in it was safer…

I always carry MY “survival pen” with me. It is an actual pen, made by Parker Pens. They work like a charm for a field expedient kubotan, or when you need a penetrating device. Yeah, they work well in real life. I’ve had to use them before. Plus, they work like a pen because it IS a pen. Also carry a small intense hand held flashlight. Great for an impact weapon. If I get a chance to use either in a hijacking, I will. I’m not going to play nicely in any hijacking. We’ve already seen what the jihadis LIKE… Read more »

Thomas Paine in the butt
Reply to  EgbertThrockmorton1

I have a braided length of paracord about 14-16″ long as a keyfob turning them into a nice sap. DHS didn’t look twice at it.

EgbertThrockmorton1
Reply to  Thomas Paine in the butt

“Key Fobs” for us “older guys” with greying hair, (what’s LEFT of our hair), help us FIND the keys we need. Like a key leash. If they get used as a field-expedient “sap”, all the better. I do admit to being enthusiastic about the Monkey Fist key leashes…..especially when the “fist” contains a nice steel ball. That ball helps me to HEAR when the key leash/fob hits the floor in my “older” years. It is also why I always carry my fighting cane (hickory) when flying. Used a straight stick baton for years, am very familiar with the operation of… Read more »