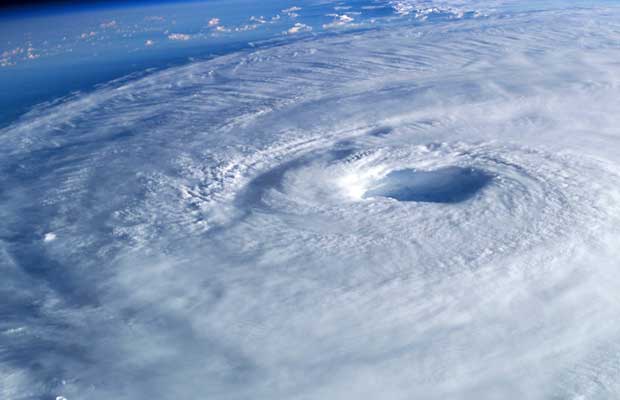 Hurricane season for the Atlantic Ocean runs from June 1st to November 30th with a sharp peak in activity from late August through September. It was precisely this time period that Hurricane Katrina descended upon the gulf causing a still unknown number of deaths and over 108 billion dollars of damage. The resulting chaos and horror shocked and moved millions of people to lend assistance in the aftermath of this tragedy. After the storm left and the cleanup process began, millions more began to make preparations for themselves so they wouldn’t be faced with some of the tragedy the victims in the gulf had to live with.

Ten years later, the effects of Katrina still linger. The towns impacted are still not completely restored and may never be as they once were. The anniversary and season should be an opportunity for anyone who lives in areas prone to hurricanes to reflect on their preparations and make sure they have what is needed should a hurricane be forecast in the future. The list below isn’t exhaustive but I think it covers most of the bases that a good hurricane survival guide should account for. If you have taken care of the items below you will be much better off than many who survived hurricane Katrina. This list could end up saving some lives.

Should you stay or should you evacuate?

The decision to stay or evacuate needs to be evaluated early and often. At a certain point in the storm you will not be able to leave. Deciding quickly and before the storm is too near, based upon your circumstances and the forecast from the weather experts is best.

The strength of a storm is one indicator of the severity of damage you can expect. The Saffir-Simpson Hurricane Wind Scale is what is used to define and classify hurricane strength.

Very dangerous winds will produce some damage: Well-constructed frame homes could have damage to roof, shingles, vinyl siding and gutters. Large branches of trees will snap and shallowly rooted trees may be toppled. Extensive damage to power lines and poles likely will result in power outages that could last a few to several days.

Extremely dangerous winds will cause extensive damage: Well-constructed frame homes could sustain major roof and siding damage. Many shallowly rooted trees will be snapped or uprooted and block numerous roads. Near-total power loss is expected with outages that could last from several days to weeks.

Devastating damage will occur: Well-built framed homes may incur major damage or removal of roof decking and gable ends. Many trees will be snapped or uprooted, blocking numerous roads. Electricity and water will be unavailable for several days to weeks after the storm passes.

Catastrophic damage will occur: Well-built framed homes can sustain severe damage with loss of most of the roof structure and/or some exterior walls. Most trees will be snapped or uprooted and power poles downed. Fallen trees and power poles will isolate residential areas. Power outages will last weeks to possibly months. Most of the area will be uninhabitable for weeks or months.

Catastrophic damage will occur: A high percentage of framed homes will be destroyed, with total roof failure and wall collapse. Fallen trees and power poles will isolate residential areas. Power outages will last for weeks to possibly months. Most of the area will be uninhabitable for weeks or months.

To see an animation of the effects of the different wind intensities, check out this video below.

If you do decide that you will be evacuating, there are some other considerations.

Assuming you are staying put, you can expect services to be out and it helps to take some steps ahead of any outages to deal with issues as they arise after the hurricane.

What supplies do you need for a hurricane survival kit? 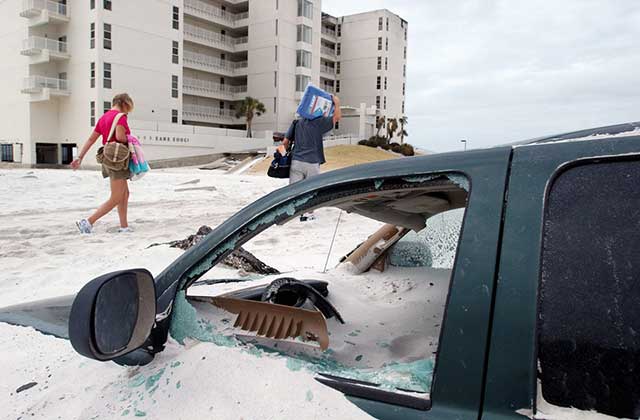 Do you have a pet survival kit?

You can’t forget about your pets either in a time like this and they should be taken with you if you decide to evacuate. You don’t want them left to die as so many were in Hurricane Katrina.

This list isn’t everything you could possibly need, but hopefully it is a start and helps some of you to be more prepared for hurricane survival if you find yourself in that situation. Please let me know your ideas to add to this hurricane survival guide. Stay safe!

It is exceedingly sad that the death toll is so mis-reported. Personal reports from helicopter pilots and truckers hired to carry bodies to crematoriums and other places the actual toll in the tens of thousands,

Mike, do you have a source for that information? I don’t know honestly because I wasn’t there but I do want to have accurate stats if you can point me to where they are.

Pat I only have the stories from the truckers, and there were many and from a friend that flies EMS near Kaplan.
These numbers were not kept because the truth did not serve the wealth Elite who sucked up the land

I am also having problems posting here? I contacted the people involved and most are in fear of saying anything. So I tried to research to find anything that would give an indication and came up with a few: http://www.motherjones.com/environment/2009/08/secret-history-hurricane-katrina This one: http://fivethirtyeight.com/features/we-still-dont-know-how-many-people-died-because-of-katrina/ http://www.usnews.com/news/blogs/data-mine/2015/08/28/no-one-knows-how-many-people-died-in-katrina https://www.dosomething.org/facts/11-facts-about-hurricane-katrina http://www.chron.com/news/nation-world/article/5-years-after-Katrina-storm-s-death-toll-remains-1589464.php It is highly unfortunate that the American main stream media and political representation do their best to down play their own actual failures. With more than 800 still reported missing there is still an untold number of missing who have gone unreported. The Information I have came in the days and weeks of the… Read more »