Hard Decisions: Knowing When to Bug Out – Pt. 2 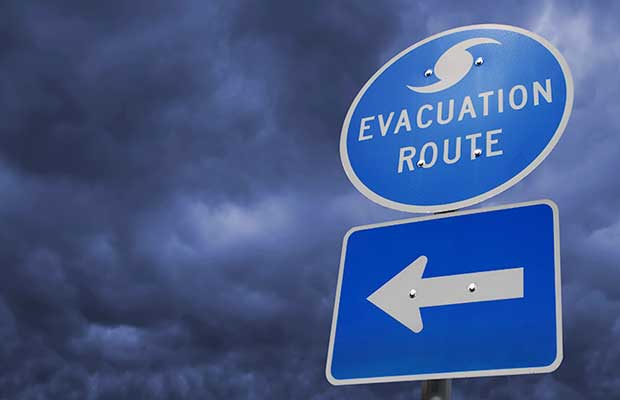 Editor’s Note: This article is the second in a two-part series that was generously contributed by Bolo on knowing when to bug out. In this second article, Bolo continues laying out a large number of triggers that could signal to you that it may be time to gather the family, pack up your bug out bags and leave everything behind for your family’s safety. When that day comes will you know when it’s time to go? Will you be ready? If you missed it, you can read part one here.


What Are Your Bug Out Triggers?

In Part 1, we examined subjects that pertain largely to safety issues in your home and neighborhood, as well as commerce and certain types of services and infrastructures that you depend upon. In this concluding segment we will look at additional infrastructures and the conditions that may generally prevail throughout the area where you live. It is worthwhile to repeat that the more information you have, the more likely you are to make effective and timely decisions.

(15) Have news networks broadcast official advisories or orders to evacuate your residence, town or city?

(16) Can you pick up any AM or FM radio station on a battery/solar-powered radio? If yes, how far away is it?

(17) Are you able to receive official alerts on emergency and/or 2-way radios?

(18) Does your cell phone or land line still work?

(19) How many hours or days have passed since you saw or spoke with law enforcement personnel in your area?

(20) When was the last time you saw a fire department vehicle or ambulance in your immediate area?

(21) Have strangers stopped at your residence seeking food, water or shelter?

(23) Can you start the engine on your vehicle(s)? Are any vehicles moving – anywhere?

(24) Are nearby major traffic arteries blocked by abandoned vehicles?

(25) When is the last time you saw or heard the sound of a helicopter or other aircraft?

(26) Have roadblocks or checkpoints been established on public streets or highways your area?

(27) Can you see smoke from structure fires in any direction?

(28) Are you hearing the sound of gunfire or explosions?

(29) Has martial law been declared?

(30) Are police or other government personnel conducting house clearing operations in your area? Are people being forcefully removed from their homes?

Making a decision to shelter in place after a SHTF event is not as straightforward or simple as you might have expected. Importantly, deciding to abandon your residence – a place that you hoped would provide a base of supplies and relative safety – is no easy matter either. Nor should it be. Hopefully, an objective analysis of the conditions that you may one day have to deal with will make you better prepared for any eventuality.

Excellent Bolo! Made my blood boil and skin crawl to “think” of what the despots we’ve elected can do to US! Good points on our personal situational awareness levels, I feel the need to move mine significantly higher than where it has been, based on the economic and political instability in our own country. We are planning on staying put, and at present, there are not enough personnel to conduct house-to-house operations successfully in our area, without massive resistance from the local populace, of course, we DO unfortunately have a great many sheeple nearby as well who will gum things… Read more »

Its chilling to actually think it through, and know its going to happen.

Thanks for the kind words (and you too, ET1). It’s a bit tough to know where to cut off an article of this nature, but Pat did a brilliant job of setting links to other articles on TPJ that provide additional resources. I share your concern that we may all one day be confronted with hard choices about bugging out. The conditions that would justify such a decision would be inherently dangerous; perhaps only marginally less than the danger of continued sheltering in place. Some of the articles that I’ve seen lately, especially this one titled “Be Prepared for Preppers”… Read more »

Excellent article. It would be great if you could follow up with an article on the potential hazards of Bugging out.

Thanks Stephanie, Fortunately for everyone, The Prepper Journal (and a few other Prepper web sites) are a good resource on the risks and hazards that anyone would have to contend with in a Bug Out scenario. There is a lot of useful material out there, but I’ve never really tried to analyze whether any single article put it all together in a structured, concise way. It is fair to say that everyone would have their own thresholds for Bugging Out based on location, personal circumstances and tolerance for risk, to name only three factors. It is also fair to say… Read more »

“Excellent” was what came to my mind first too, alas, the time difference and previous posters beat me to it…
Great posts, great links, and some really hard and nifty thinking, too, Bolo !!
I’m not CONUS, but in one of them Yurropean countries lately in the news a lot, and not for the happiest of reasons… 🙁 Less space to move perhaps, but also less crowds in this place. Prepositioning a few items ahead of times will serve one well, me thinketh.
Thanks again and stay safe, willyanow?

Thanks for reading, COMSEUR. I would hope that the list of trigger points would apply in all but the most backward 3rd world holes, where there is precious little infrastructure to begin with. In those cases, Bugging Out is a 24X7 prospect. Stay safe, yourself.

I have been searching for an article about what the triggers might be. Thanks. #21 and up were most useful for my situation.

That’s a good observation on the first 21 topics – they would be widely useful for evaluating whether it might be advisable to Bug Out. Of the remaining nine, items 26 – 30 could be classified as a breakdown in civil authority and rule of law, whether it be local or widespread. Items #26-28 and #30 have occurred one or more times in the past ten years, so they are logical companions to the ones you mentioned. If you have a lot of red flags at the top of the list, I wouldn’t ignore the prospect of the final five.… Read more »

Thanks. Because I am already remote, I don’t “see” things that may be going on in populated areas. My biggest clue would be phone, tv, computers going out. However, my VIP family are a two day’s drive away (currently), and I need to acertain what to tell them to use as a trigger. Your articles helped. The biggest hurdle is: they all think I am crazy! LOL.

I share your good fortune of being remote, and I wouldn’t trade it for anything. You have described a very tough situation concerning distant family members. Assuming that you would want them to come to you, what might be two days of drive time under ordinary circumstances would quickly turn into a nightmare for them.

Cool article with some thought provoking questions. I would add, though I think it may be akin to preaching to the choir, but lack of noise also. I live in an area with many oil refineries, I can hear boilers going off or the stacks burning product off. Since they are doing some expansions I can hear tracked vehicles moving about also. If all that ceased and the plant hadn’t blown up it would be a big indicator for me.