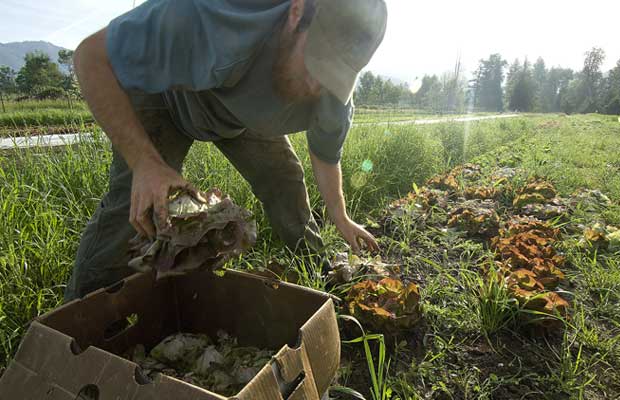 Editors Note: The following article has been generously contributed to our community by Bobcat-Prepper.

The phrase “guerrilla gardening” was first used in 1973 in New York City, when Liz Christie and her Green Guerrilla group transformed an empty private lot into a vegetable and flower garden for community use. While not legal it was not challenged, and eventually became part of the NYC Parks Department.

I got the idea for a little guerrilla gardening last year, when I read this Survival Blog post and decided to give it a try in two places – my own backyard, and an abandoned farm not too far from home.

I had never grown field corn before last year, but in the mid-West you see it grown everywhere for cattle feed. In a TEOTWAWKI situation, being able to grow corn for your family would be vital their survival. Why? Because it’s easy to grow, packed with calories, and lasts for several years once harvested.

Here’s how to test the technique in the backyard:

By the end of the growing season, the grass and weeds rotted away, and I had an established garden area. I tried this on my lawn last year (on about 100 sq ft), and I was able to harvest 16 pounds of field corn, and 6 pounds of pinto beans, for a total of about 35,000 calories. Since my family of four needs about 8000 calories a day, I would need about 85 of these plots to cover their needs and have seed corn/beans for the following year. That’s only about 0.2 acres – smaller than most subdivision lots! If you were able to get a second crop of beans, that would provide you with calories to spare, or some extra beans to trade to your neighbors.

This was lawn in the spring of 2014, before converting to corn last year.

Naturally, in a SHTF scenario, I would like to plant more to account for bad weather (like the monsoon season we are having in lieu of summer this year!), infestations, or thievery by two and four-footed critters.

This is where the true guerrilla gardening comes in.

There is an abandoned farm at the end of our subdivision street. The rumor is that it is owned by the subdivision’s developer, but he is in jail on drug charges for a long time, and so any further development is in limbo. Maybe you have seen a similar fallow field or empty lot around your neighborhood that you could control if things go to hell.

Residents occasionally hike through some parts of the farm, so there are trails that wind around the edge of the field, but the tall grass and thorny bushes stop most people from going through it – all the better for me.

Around the first of June, I put a bag of field corn, a hedge trimmer, and a bulb planter into my backpack, and took a little hike. I selected a patch of field that was mostly tall grass for ease of planting, and got to work. Although I was nervous as hell about getting caught, I chopped the grass as low as I could in a 15’ x 15’ square, and threw the grass to the side. Then I got busy with the bulb planter, punching holes in the dense grass root systems, and pushing in the corn seeds. The next day, I packed in a small sprayer loaded with glyphosate, and sprayed the whole area. Within two weeks, I had little rows of corn seedlings.   Yay, it worked! When they got about a foot tall, I planted the bean seeds as described.

That’s the good news, but here is the bad news – within a week, I noticed that the grass next the plot was flattened, and the tops of my little corn plants were being nipped. Deer! Those little bastards found the seedlings a tasty change of diet, and are doing their best to commandeer the crop.

So here is what I have learned –

While it is a little late in the season to expect to harvest, why not try it anyway soon near you? Better to learn now what works than later!

Bobcat, Thanks for the great practical advice and inspiration! I live in high desert country, which means that I have to provide some sort of irrigation AND figure out a way to keep deer, javelina and jack rabbits from eating the crop to a nub. All of those critters will eat the bark off a dead tree There is about 900 sq. feet of flat ground to work with that I can reach with drip lines. Based on your calculations, that works out to about 315,000 calories. The soil is pretty poor, but you have motivated me to give it… Read more »

Unfortunately, 315,000 calories works out to only about 130 man-days of food each year. Are there nut or fruit trees in your area that need little water to produce? Planting those in an area you can control should boost your available calories.

I’ve thought about pecan trees, but they are marginal in my zone. I’m about a 1,000 feet too high. Summer is not an issue, but low temps in the winter are a major problem. Peaches, plums and apples can be grown, however. Thanks for the advice.

This sounds really do-able Bobcat. This may seem like a super silly question; but keep in mind I am a novice newbie. When is the ideal time to plant? Have we missed the window ~ and when you say climbing beans plants, do we need to include some type of apparatus for the beans to climb? Sorry if these questions are way simple. Thanks for an awesome post with great information.

The best time for most seeds/plants is after the frost date for your area: http://www.almanac.com/content/frost-chart-united-states/ However, some cruciferous vegetables – cabbages, broccoli, brussel sprouts, etc. do fine if planted a few weeks early, and the weather goes your way. Other seed you can sow the winter before, like garlic, winter wheat, etc. As for corn and other tender plants, I wait (here in the mid-West) until late May,because it only takes one frost to kill your seedlings, and make you start all over again. Now is probably too late for a field corn harvest in the fall, but why not… Read more »

Roundup adds toxic chemicals to the soil and ground water. I for one do not want my kids or grandkids anywhere near the stuff. Why not just dig the sod out?????

I can’t believe you are going to contaminate your food supply with Round up. You can find the hazards of doing this all over the Web.

Sound like another use for the ubiquitous 5gl bucket, get the seedlings past the point of being so appetizing.

Bobcat, do you think with proper planning you could stagger your harvest by starting in a green house or indoors?

I am so totally against using chemicals in the garden especially roundup. I only use open pollinated varieties as hybrids and gmo seed do not sprout the next year true to form. Planting the corn followed by beans then squash is what the native americans called 3 sister plantings. The corn gives the beans support to grow on. Planting squash under the bean vines shades the squash. You get 3 foods from same soil. Beans replenish nitrogen that the corn and squash pull from the soil.

As I came across this web site today, I started reading above about how to start a garden. work the soil, plant the seed, water everyday, but then…when I read further, to spray – “Roundup”…(glyphosate) around the ground. I had to stop and write a comment. You have got to be joking! A killer poison…You got to out your mind, people!!!

Last edited 8 months ago by Richard A Lohr
0
Reply