Simple Sabotage as a Tool for Dire Circumstances 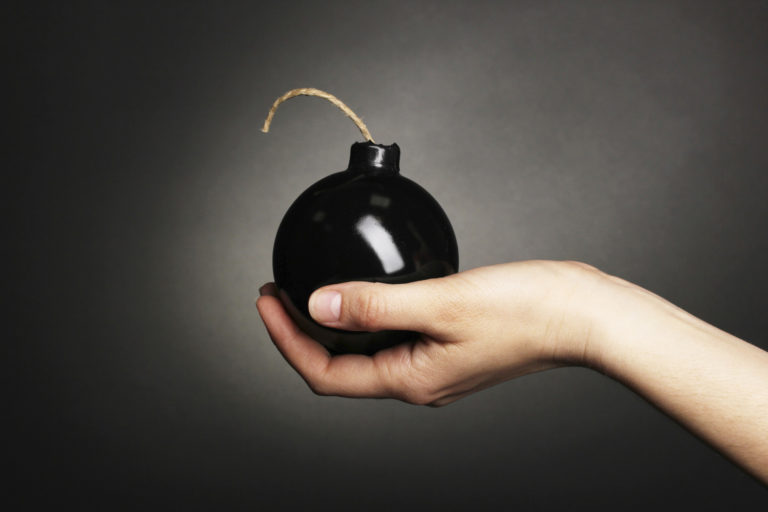 The topic of prepping or survivalist is mixed into a lot of different schools of thought, hypothetical scenarios and debate. At its core, prepping and survival are concepts we try to employ to live. We prepare for bad things happening so that we aren’t as impacted. We learn the concepts of survival so that even if something bad does happen, we will know what to do in order to preserve our lives. These are excellent practices I think everyone should weave into their lives in responsible ways.

But the inevitable question that follows is something along the lines of “What are you prepping for?” and this again can be for a wide array of reasons. Some people could be prepping for an economic collapse, others for tornadoes. You might be learning survival skills because you want to live a more self-sufficient life or plan to be able to survive if you are lost on a hiking trip deep into the Pacific Northwest. On the other hand there are those who believe our entire society will collapse in an End of the World as You know it event so their survival skills will keep them from death’s doorstep whenever the days of working a job and going to the store are over.

Yet another group sees sinister, tyrannical forces at play so they prepare for a fall of government or worse, an overly oppressive government or occupation by forces hostile to the America we grew up in, whose fading memory is still held dear in the hearts of disillusioned millions. For this group, preparing and survival take on a slightly different theme. For this group, survival usually means armed resistance or flight to a remote location with the threat of armed resistance at some point.

The story might not end the way you think it will

If we do see some horrific collapse in our lifetimes, are we losing sight of the larger picture in some respects? There is a discussion about arming yourselves to defend against looters or to defend (to the death) your 2nd Amendment rights and I think those are valid reasons and ways to prepare for those who are so inclined, but do you really think the only options are going out in a big battle or winning some war like Washington back in 1783?

Is there only one ending to this hypothetical doomsday scenario we have playing over and over again in our minds? What if your plans to take down the forces that drive down your street don’t work out the way you had envisioned? What if nobody ever shows up to take your guns? What if something else happens that you never thought of that still puts you under the boot of an oppressive regime? What if for some reason you are forced into a system that you don’t like but is necessary for survival in some way? Is all lost because you didn’t go out in a hail of bullets when the time came? Are there no other choices for you than dying in a shootout or running through the woods and eating roots for the rest of your days?

There is more than one way to resist

I came across this old document while out searching one day called “Simple Sabotage” which was printed back in WWII by the Office of Strategic Services. The OSS was the precursor to the modern CIA and it was their job to coordinate espionage activities behind enemy lines for the various branches of service. Like their modern counterparts, the OSS used propaganda, subversion and in some cases, sabotage.

This manual was printed up for the express intent of being sent behind enemy lines and to be distributed to citizens of our enemies via pamphlets and targeted radio broadcasts. The booklet lists many ways that ordinary people in their ordinary jobs could sabotage the workings of our enemies. I thought this was a brilliant concept and while a lot of the information is dated and may not be applicable in today’s world, there were great ideas contained in the pages. The best part of this for me was the message of resistance. A way to help defeat the forces over you by less confrontational or provocative means. It was yet another way that barring a shootout, someone could potentially wreak havoc on oppressive forces if needed.

You can download the entire manual here, but I pulled just a couple of relevant sections out for ideas:

You can imagine the people working in machine factories in WWII for the German manufacturing arm of the military industrial complex. Small actions could disrupt lines and cause major defects left unseen. This is just a simple example, but in today’s context you can see how simple acts of sabotage could be effective against an overpowering force. You don’t have to riot and burn buildings to cause destruction. There are more effective ways of causing damage if you think about it.

(2). Try to commit acts for which large numbers of people could be responsible. For instance, if you blow out the wiring in a factory at a central fire-box, almost anyone could have done it. On-the-street sabotage after dark, such as you might be able to carry out against a military car or truck, is another example of an act for which it would be impossible to blame you.

So maybe you don’t have the ability to defeat an army but you could still have an impact on their operations if you have some creativity.

Warehouses, barracks, offices, hotels and factory buildings are outstanding targets for simple sabotage. They are extremely susceptible to damage, especially by fire; they offer opportunities to such untrained people as janitors, charwomen and casual visitors; and when damaged, they present a relatively large handicap to the enemy.

Now what am I trying to say? I am not saying to go out and destroy anything. I am not advocating any of the actions described in this declassified military manual in our present day, but they are instructive. Could they be valuable ideas to keep in the back of your mind in one type of potential future? Maybe. That will be for you to decide. The manual is fascinating nevertheless and worth the read.

Pat,
It really is a fascinating find and it cracks open the door into a realm of thought that most people have probably never had to imagine. Technology does change, of course, but the concepts are more or less timeless. If I had to make a list of highly vulnerable high value targets in today’s technological environment, it would necessarily include cyber sabotage, wide area communications network infrastructure, local power grids, power generation, and transportation systems. And, we haven’t even gotten to the guy with the Molotov cocktail. Let’s hope that none of this ever becomes necessary on U.S. soil.

I hope so too Bolo,

To your point, we are all connected by communications and electricity. In some cases sabotage might be as easy as digging holes and cutting wires.

Pat, this sounds exactly like what China and North Korea, among others are trying to accomplish by hacking into US Banks, Government, and Industrial web sites. While reading this, I could see in my mind, regular folks back in WWII doing what they could to fight the Nazis. I can also see why to survive, we must be more like early pioneers (Independent) and less like modern man (dependent). Early pioneers had to fend for themselves. They had a gun or guns for protection and food, they had a water source (well, river, or stream), for water, and wood for… Read more »

I think political espionage with various countries are very much alive and well as you mention Joe. Going off grid is one way to make this less of an issue in your life, but the fact is that this simply isn’t a reality most of us can bring into our lives at present time in a significant way. It really starts with a mindset though and I think more and more people are starting to think like you do.

I suspect that the vast majority of people simply lack the ability to “think outside the box” and prepare for whatever might come down the pike just in case things going “south” rapidly….
can happen in a simple flick of a switch or pressing a keystroke on a computer….
If and when something like this happens there is no “preparing”, rather it will be “game on”….and preparations should be in order and time to hunker down…..
Just my humble opinion….

I think you may be right, but what happens after the chaos is still something that can be affected by tricks like this.

Then my guess Pat is it defaults to the individual rather than the “collective of the populace”….in other wiords, everyone will need to “take care of business for themselves and their own well being”….

I was more or less saying once the SHTF situation should occur, people will be less likely or able to act together collectively either by a variety of social chaos occurring or not being able to move around much beyond their own safe haven. My guess is people will more than likely be forced to hunker down in their own “safe havens” and not be able to move about in order to protect themselves and property or for fear of being set upon by roving gangs. Therefore “targets” will be hard to access to Sabotage unless close by. Also it… Read more »

Fascinating look into past insurgent tactics, Pat. And looking into other than direct confrontation as a method of resistance, especially against what is likely to be a greatly superior force, is worth considering. I would also suggest Art of War for additional ideas. I would, however, take some issue with number two. The problem with staging a series of nighttime “raids”, believing that you will enjoy some small measure of safety through anonymity, is the very real (even likely) possibility that the tyrant’s response to these raids could be to simply wipeout the offending neighborhoods. Both as a way to… Read more »

I also concede that you could be right that annihilation could be one response from a hostile force. But, if that is what you are dealing with, the stakes are invariably higher so the risks would be more necessary.

*** Make “speeches.” Talk as frequently as possible and at great length. Illustrate your “points” by long anecdotes and accounts of personal experiences. Never hesitate to make a few appropriate “patriotic” comments.***

Sounds like our government officials are saboteurs against our own government.

… and my favorite: “act stupid” – most of our citizens are saboteurs, too!

I will rearrange road signs to cause confusion. Nothing like being lost in a strange place to delay the enemy. Sprinkler systems are a great way to ruin equipment and disrupt forces, esp activating one at 3 in the morning when it is 20 below zero. Making one or two people dissapear at a time is much easier then trying to shoot up an armored column like the “Wolverines”.

All sorts of FMs for your reading pleasure…