How to Prepare for a Flood 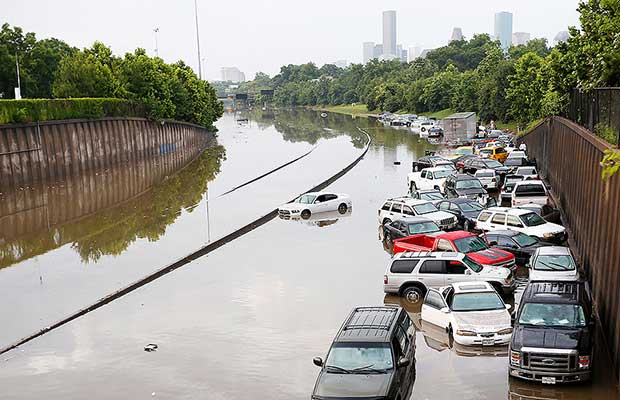 Most of you have heard the news now of the devastating floods in Wimberley Texas that occurred over the weekend. Our thoughts and prayers go out to the families who are suffering there now and can only offer our hope for their peace and healing. From what I have heard, this flood was fast moving after 6 inches of rain fell North of Wimberley last Sunday. The region is also known as Flash Flood Alley because of its reputation as the most flood prone area in the country. Even with that nick-name, this flood was severe and worse than all-time water levels since the 20’s.

Floods are common in many areas around the world though and even if you live far away from “Flood Alley” you could find yourself impacted by walls of water that at a minimum can cause some minor inconvenience to a huge loss of life and property. As preppers, we want to make sure we aren’t forgetting about Mother Nature when we make our plans to keep our family safe so I wanted to write down some steps you can take to prepare for a flood that might protect your family or allow you to help someone who has been affected by a flood.

Preparing for a flood

Before you build your home

Since Katrina there has been a greater focus on the risks of flood damage in our country. Some people are even advocating that everyone, regardless of where they live obtain a flood insurance policy. I think that is a little ridiculous, but we can take some fairly reasonable steps to avoid the most likely places for a flood in the first place.

A flood plain is an area of land that is at risk for flooding. This is usually because it has flooded at some point in the past due to a river or some other body of water like a river or a stream overflowing its banks. Katrina had the levees that were breached and all of the water they were holding back ran into New Orleans. River banks can be overrun just as easily if the water level rises above their height. Anyone caught in the area surrounding that over run of water is in the path of the flood.

You can easily check if your property is located in a flood plain before you build by going to FEMA’s Flood Map Service Center. On this site you can put your address in and click on the View Map icon to the left of the page once you find your grid to see if the property you want to build on is in a flood plain. I ran this for some land in Wimberley and you can see the historical flood paths to avoid (image above).

When there is a threat of a flood

Not being in a place where there is even the remotest chance of flood would be the best way to avoid getting in this situation  but  sometimes you have to deal with the disaster you get offered up. If you hear of the possibility of a flood there are some steps you need to take.

Stay up to date with the local forecast conditions – By this I mean keep your news on or purchase a battery powered radio with weather band. Some models like the Midland WR120EZ NOAA Weather Alert will automatically receive weather related alerts and sound an alarm in case you weren’t paying attention. These are also useful for Tornado alerts where time is of the essence.

Have a plan to bug out – This doesn’t have to be walking away from doomsday but it could be a quick exit to higher ground or a safer location. If you are in an area prone to flooding or if your local news is anticipating flooding you need to be prepared to leave quickly. This means having bags packed with your prepping supplies that you need to live on for the duration of the event and possibly longer. Make sure you have a few alternate routes out of your neighborhood and that your vehicle is equipped for the conditions on the roads.

Have a plan to bug in after a disaster – Flood waters might not reach your location but that doesn’t mean you will come out of the flood unaffected. Even people who didn’t see any water during Katrina were forced to live without water, electricity and the benefits of the local police for weeks. Your prepping plans don’t have to always end with you riding towards the sunset in your bug out vehicle, you may just be stuck where you are. This could give you the opportunity to help some of your neighbors out.

Cleanup after a flood

If you are fortunate enough to live through this nightmare but your home or possessions aren’t there are several considerations to consider when the water has receded and the cleanup must begin. Cleaning isn’t simple and it isn’t going to be fun but it is very necessary.

There are many other considerations for the aftermath of a flood that fall well within the context of our standard preps we discuss on the Prepper Journal. Make sure you have an adequate supply of food to ride out this crisis. Of course, if your food is destroyed by water it would be necessary to clear that out too. Water should be stored and you should also have a way of filtering water to make it safe for drinking and cooking.

Lastly, security was an issue in both Katrina, Sandy and I suspect we might see some of that from this latest disaster. Make sure you are prepared to defend yourself from the unscrupulous who always seem to appear when there are people to be taken advantage of. The last thing you need after a disaster is to lose what little you had that survived to some criminal.

What flood preparedness ideas do you have for surviving?