Know the Alternate Escape Routes from Your Neighborhood 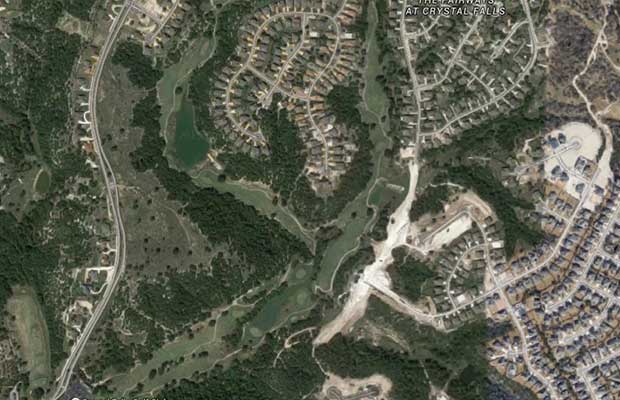 Pop quiz. If you had to leave your neighborhood and the route you normally take was blocked would you have an alternate way out? What if the alternate was blocked? What if all roads out of your neighborhood were blocked by military check-points? Would you have a backup escape route or would you be trapped staring at the lights ahead wishing you had made it out sooner?

Most days when I am driving home from work my mind is on autopilot. I make the turns I normally make, engage my turn signal at the proper time and generally drive the correct speed without even looking at the gauge on my dash. I do this not because I am a robot, but because I have done this so many times the actions are ingrained into my muscle memory. I am sure it is this way for many of you who drive to work every day.

But have you ever stopped to think of your escape routes during an emergency? What if the normal paths you take aren’t available? What if you aren’t even able to take your vehicle? Does your bug out plan allow you to get creative or are you hoping for the best? For those of us who live in more rural/suburban settings, driving our vehicles everywhere is almost taken for granted. We rarely get out and explore the world outside of these paved streets but knowing what is out there could be the key to your survival if you find yourself depending on alternate route options. Knowing your area by foot could save your life in the right circumstances.

Knowing the roads out of your neighborhood is pretty simple and I would bet that most of us have that down already but could you go off-road if the way was blocked? Could you cut across a field or through the back of a neighbor’s yard to get out to another road? Have you ever considered that at all? In a recent post I mentioned the need for a bug out vehicle that had the capability to go off-road and this is a good example where that could be necessary. Maybe it isn’t the road out of your neighborhood, but it is a major road that you would normally take to get out-of-town and it is blocked. A line of cars stretches before you and you can see a roadblock ahead. What do you do now?

Ideally you would have considered all of this well in advance. I routinely go for walks through my neighborhood. Usually I stick to the roads, but there are also trails near where I live so me and the survival dog will check those out from time to time. I live on the outskirts of a decent sized city right in the middle of too many and too few people. A few miles in either direction puts me solidly into rural farmland or the congestion of downtown.

I know the best option is to move but I am where I am for now so my prepping so far has been looking at ways I can avoid getting stuck in a trap should something block our access out.

Identify any natural boundaries that could block you in

The area I live in has mild hills around. There is a pretty good-sized creek on my southern border that I would be able to cross on foot if needed, but I also know areas where the banks are low enough to allow a properly equipped 4 wheeler to cross also. Getting across the creek is one obstacle that could give me an alternate way out if all the other methods were blocked.

In addition to the creek I have property between me and all of the major roads. Some of this property is fenced, but bolt cutters would allow me to cut through any fence if needed. Once on the other side of the fence, I could follow woods through other yards to come out well down the road, potentially avoiding the road block. There are other routes that could take me through public land where radio towers are mounted, possibly down power line right-of-ways to make alternate tracks out of the area.

None of this is rocket surgery it just takes the normal plans we might make when we are preparing our families for some evacuation need and takes them a step further. Each of us can get out of our car and spend a couple of hours every month or so surveying our neighborhood. Maybe you don’t have creeks and woods to worry about; perhaps your neighborhood is alleys and blocks of large buildings. There will still be options if you are looking the right way.

When was the last time you took a closer look at your immediate surroundings? Do you know who has fences in their yard and who doesn’t? Do you know who is rarely home or who leaves their trash cans by the road for a couple of days after pick-up? Do you know the area around your neighborhood from an aerial perspective? Google Earth or even Google maps is a great way to pretend you have your own drone and you are conducting surveillance of your territory. Start in on your property and zoom or pan out to see details you might have missed driving by. This information could give you options when it looks like there are none.

OK, well. This has been a Major complaint of mine. The City Fathers are Kinda Short on planning and execution. my neighborhood has one way in and one way out. if the SHTF, most of my neighbors would die. I have complained to no end that with a chemical plant, just south of the only exit, most folks would be trapted in the event of an emergency. Luckily my back yard backs up to a power grid easement. I can drive through my back yard, and either drive onto a service road south, just east of the chemical plant, or… Read more »

Sounds like you at least have options Joe306 and that is all I was trying to get people to think about. You beat me to it! Thanks for reading.

Our neighborhood also has one narrow street to get in and out; in a panic, it would be a traffic jam. I’ve found a power line easement, so it would be easy to hoof it out with bug-out bags, but it is too rough to drive out. That’s bad, but we also need to consider the other perspective: If we decided to stay, how would i and my neighbors defend our homes? What routes IN would invaders take? From that view, we are in pretty good shape. A few trees taken down and the road is blocked, post a couple… Read more »

Hopefully it won’t come to that Bobcat, but you have an interesting point. Small minor emergencies could be a real eye opener for people. By way of anecdotal evidence, usually when there is some real disaster, our traffic picks up around the world from people who are looking into this prepping thing a little closer.

Point well taken — restricted access routes can be a serious problem in a sudden emergency, such as a wildfire, flash flood or chemical emergencies (such as train derailments) if you live in areas that are susceptible to such things. There is an upside, however; an enhanced ability to keep people and vehicles out when you don’t want them coming in and you don’t intend to leave. My area has a single narrow two lane road that serves seven properties. Near the entrance we placed a 25 foot section of telephone a pole that we can swing across the road… Read more »

That was Bobcat’s point too Bolo and I think from a tactical perspective it makes perfect sense. Actually wrote an article or two on that type of subject a while back. Two sides to every coin though and as you mentioned, you might still need to get out.

Checking where the bridges are is also a good idea. Where I live those are the biggest potential obstacles. You can travel parallel to the rivers, but if you need to cross one it would be difficult. They are the easiest choke points, for good or ill.

We have two main roads to get in and out of our home, plus about a dozen county roads that connect to the main roads. Any attempt to shut down the main roads will have to be backed up by aggressive foot patrols, because the terrain is very hilly and open, but in the right Weather or light conditions it would be feasible to walk out.