Welcome back to this series on the 5 things you need to go off grid now, where I have been discussing the scenario of a collapse or long-term disruption of “the grid”. The term ‘the grid’, can mean different things to different people, but for the sake of this series, the grid I am referring to would be many of the systems and services we have come to rely on in our western culture. This would include things like electricity, water, sanitation, natural gas, emergency services, the internet and communications.

Some people think of the grid as the information collected about our lives through various electronic transactions. “Jason Bourne has gone off the grid”, meaning his whereabouts are not known because he isn’t using credit cards to pay for anything and they can’t track his cell phone. When Jason is spending that cash he had so brilliantly hidden in the safe deposit box, the CIA spooks can’t find him using their usual systems of detection. That is certainly one aspect of the grid, but when we talk of a lifestyle of living off the grid, we don’t normally associate that with running from a rogue department in a shadowy government agency that is hell-bent on killing us.

Going off the grid has become synonymous with living more simply and in many ways reducing or eliminating our dependence on systems like electricity. In an effort to go off the grid we may purchase solar panels as an example, or drill a well in our yard to provide fresh water instead of relying on city or municipal sources. It is an achievable goal for many, but not all of us. This series is focusing on that goal from a different angle and that is if you find yourself forced to go off the grid due to a natural disaster or some catastrophic event that renders these systems temporarily or permanently out of commission. You don’t leave the grid, the grid leaves you.

In our first article in the series we discussed the importance of water and having a renewable source if we have any hope of lasting a long time without the benefits of modern utilities. The second article dealt with food and creating systems now that would feed you if the grocery stores never opened again. The third article focused on sanitation and hygiene so that as much as possible we reduced our exposure, and conversely our risk of infection from disease. The fourth article will discuss shelter.

Human beings are incredibly resilient and resourceful creatures when we put our minds to it, but we weren’t really built to live outside in the elements. Humans need shelter from temperature extremes as well as exposure to the elements so if the grid does go down; shelter needs to be high on your list of priorities.

Unless you are a gypsy, homeless or happen to be backpacking your way across Europe, most of us do have a place to live already. You may be asking why this is one of the 5 things you need to go off the grid. It’s true that there should be no shortage of shelter, at least in the form of a shell, for pretty much anyone in the world. What we may not have though are the heating and cooling systems we have today. We also may be forced to leave our homes and make our way to another location. You may be stranded away from your home and need to get back to it. 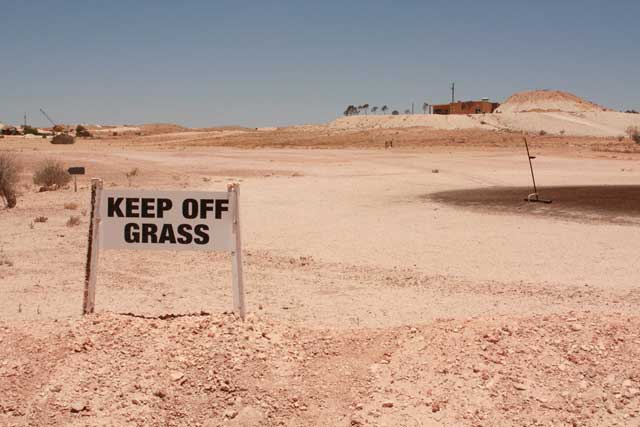 Without constant irrigation many cities would quickly become wastelands.

How many people would want to live in Arizona without air conditioning? I have been there and I know a lot of our readers live there now, but can you imagine summer without being able to get out of the blistering 100 degree temperatures that last 4 months out of the year on average? What about growing crops with minimal rainfall? On the flip side, would places like Maine, Minnesota or North Dakota, be a lot of fun in the winter without heat? Sure we can burn wood, but that is not a resource all people have access to right now. Even if everyone had their own wood burning stove, how many cities have forests right outside your door for fresh firewood? Can you imagine how quickly Central Park in New York would be decimated if people were looking for a source of wood to heat their homes? It would probably look a lot like that scene in Lord of the Rings…

Could you build your own shelter if you had to?

Electricity is responsible for the majority of our temperature regulation in our homes and businesses. When the power goes away, life will be a lot less pleasant. For some in the extremes, it can be deadly.

But shelter doesn’t only need to be considered from the standpoint of a roof over your head, although that is pretty important. Your clothes are a more important aspect of shelter I believe because with the right clothing, the outside weather is less of a danger. Do you have warm clothes in layers that will keep you alive when the temperature drops into single digits? By the same token, do you have lighter weight clothing that will protect you from the sun in the summer? What about hats to keep rain and sun off of your head?

My daughter, much to my chagrin will frequently go to leave the house in clothes that while they are perfectly fine for inside, would not protect her from the elements. Like a broken record, I say “It’s freezing outside, better grab your coat”. To which she replies: “but I’m going to be inside”. It is at this point in the conversation that I repeat my mantra which everyone in my house has heard before, “You need to dress like you would if you have to walk home”. If something were to happen, would you have the proper clothing to make it back home or would you freeze to death? What if today was the last day you could ever buy any clothes from the store? Would you have appropriate clothes for spending a lot of time outside, possibly living in the elements for short periods? Would you have work clothes if you were forced to begin your garden and work outside of the home more than inside?

Reinforced doors can greatly improve your chances of survival in a home-invasion scenario.

Shelter from the elements is one aspect, but what about protection from the human element? Yes, we can lock our doors, but in a grid-down crisis I anticipate desperate people doing desperate things. As part of my strategy for if the grid goes down, I also consider security from the standpoint of reinforcing our home as much as possible to prevent easy access. Would we be able to hold off a determined band for long? Probably not, but we can slow them down.

Strengthening doors is a great step you can take to make your homes more secure, but that is only one access point. Windows are more vulnerable and if someone has a hard time getting in the front door, they can decide they want to bash out your windows. Protective window films offer additional protection and can be easily applied by anyone to make your existing windows act like safety glass. Instead of shattering, the film holds everything together and could buy you some time.

Similar to hurricane preparations, having extra lumber in the form of plywood would make sense so you could board up windows if things really got out of hand. Sandbags are another worst case item that I think would be very useful, right up there with barbed wire and a home defense plan with your neighbors. Assuming of course that is isn’t your neighbors you have to worry about.

Next week we will be discussing the last item to consider for going off grid. I hope you’ll come back and please let me know your thoughts on shelter options that preppers should consider below.

Yes, the higher millimeter rating would be thicker films, but I don’t know if that would necessarily make them harder to install. They would definitely be more expensive.

There is some good information on 3M’s site about their different offerings
http://solutions.3m.com/wps/portal/3M/en_US/Window_Film/Solutions/Markets-Products/Residential/Safety-Security_Window_Films/

but I would also look at the ratings on Amazon for some additional feedback and perspecitve. They also offer the 3M window installation kit and I can’t believe this is that difficult to do. http://www.amazon.com/s/?_encoding=UTF8&camp=1789&creative=390957&field-keywords=security%20window%20film&linkCode=ur2&sprefix=security%20window%20film%2Caps%2C266&tag=theprejou-20&url=search-alias%3Dtools&linkId=VIFSQYTBYEY6VB7C

Xploregon: Window films merely keep the glass fragments from a shattering window from going everywhere; basically attempting to mimic car safety glass (post manufacture). Tempered glass tends to shatter in a more behaved manner than plain glass as well. If that’s your goal, look into untinted auto safety glass. However, is sounds like you might be seeking a little ballistic protection? If so, you need to add a layer(s) of Polycarbonate Plastic, which is sold under various tradenames. And using standard off the shelf Polycarb to stop projectiles, you’ll need at least 1/2 inch thick for small caliber pistol rounds… Read more »

Thanks Skipper for the link – that will give me some much enjoyable reading at work tomorrow. My congratulations and accolades for making that sort of choice and investment. I envy you being at a point where you can afford the land and are working it to build a dream or a place of security for your loved ones. Absolutely awesome.

I wish there were more blogs out there showcasing the nitty gritty, sweaty, dirt-under-your-nails hard work from day one on untamed land. Your trials and errors will educate many. Thank you.