The Moderate Minds of the Prepper Movement 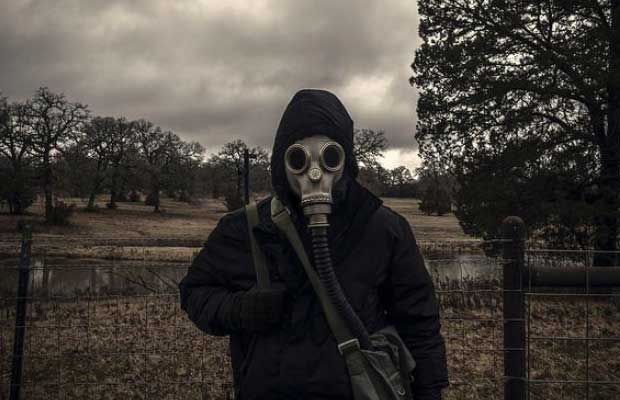 The ‘Prepper’ movement has become synonymous with apocalyptic fear-mongering and gun-toting paranoia, but as Antony Funnell discovers, there’s much more to the movement than camouflage clothing and underground bunkers.

Every scout knows the value of being prepared, but a growing subculture of so-called Preppers are taking preparedness to another level. At the extreme, members of the movement are stockpiling armaments, food, and clothing, whilst awaiting an inevitable Armageddon: be it religious, economic, social, or ‘all of the above’.

While they’re often the most visible members of the subculture, they’re not the whole story.

I think with modern technology and social media, just being able to see how often disasters happen makes people realize that it really can happen to them too. Tom Martin, The American Prepper Network

Truck driver Tom Martin believes that most Americans have no idea how tenuous their existence really is.

‘I’ve spent the last 15 years in the transportation industry and I know that our supply chains are very vulnerable,’ he says during a rest-over in Ohio. ‘The grocery stores only have about three days’ supply on the shelves. So if something was to disrupt that supply chain you can imagine how quickly the stores would empty.’

Growing up on a farm, Martin learned the value of resilience and preparedness early in life; values he says have been forgotten by many in our modern consumerist world.

Martin calls himself a Prepper, someone who makes being ready for possible adversity a way of life. He’s also the founder of one of the most successful mainstream preparedness websites – The American Prepper Network, which boasts around 50,000 subscribers and 130,000 Facebook fans. The website is an online repository of information about survival procedures and practices. Their motto is ‘Freedom through teaching others self-reliance’, and Martin runs the site in his spare time.

‘We use a lot of social media to communicate with other people. And we also have a map where people can find groups close to them that they can connect with and meet those people in person and discuss ways that they can be better prepared in their communities. I think with modern technology and social media, just being able to see how often disasters happen makes people realize that it really can happen to them too.’

Martin estimates there are millions of Preppers in America, crossing socio-economic and political lines. Some are extremist, end-of-days junkies consumed by fear; the sorts profiled on the National Geographic reality television show Doomsday Preppers. However, he believes that the vast majority of Preppers are ordinary people concerned about financial or environmental instability—and sometimes both.

The majority come from parts of the United States that have been hardest hit by recent natural disasters—cities like New Orleans and New York, both of which were pummeled by hurricanes. Or they come from the towns and cities along ‘Tornado Alley’ in the US Midwest.

From the article: “‘My preference is to have more of a wider community resilience and a family resilience … and that ruggedness that Australians historically have been renowned for, just being able to make do and being able to look after your mates in a tough situation. That to me is more in line of where we need to be in this country as opposed to each individual family building its own bunker and stocking it with rifles.’” I wish this were the wider mindset of American society in general. We’re so isolated from each other. We’re so consumed with… Read more »

Generally speaking, I dislike the term prepper. Yes, its functional and largely accurate, but it sounds like yet another fringe crazy group. Birthers, preppers, constitutionalists, patriots, tree huggers, eco warriors. Two sides of the crazy spectrum. I’ve settled on traditionalist as my label. I remember growing up right, canning, hunting, fishing, camping. Survivalist is a big stretch, and prepper implies I’m preparing for some kind of nuclear armageddon. Grandma canned fruits and vegetables. Grandpa hunted and smoked meats. They came of age in the Great Depression. They saved for a rainy day. The only thing they ever bought on credit… Read more »

I’m really happy that this article was published. As an Australian prepare it’s hard to prep as most people in my community are against it. This article really cleared stuff up.

As an Australian I agree with the moderate minded prepper. As it says in http://www.amazon.com.au/The-World-Know-TEOTWAWKI-internanational-ebook/dp/B00KPBG1UM (which I wrote) TEOTWAWKI happens every day, to everyday people, and it is NOT always a bad thing. Community resilience is something that the nanny state attacks, which the banking system erodes (through debt) and which television programs turn into an abstract (watching Bear Grills is NOT the same as living it). I have seen country Australia move from kerosine lanterns, and a PMG battery to you could listen to the ABC news at dinner, to stand alone power, and alternate source power. I have… Read more »