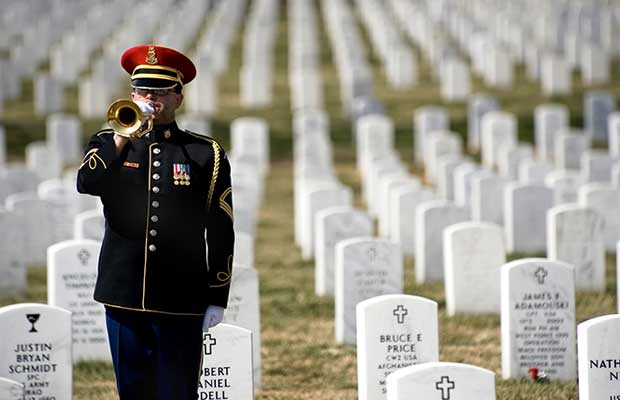 I am a veteran. I served my country honorably and was discharged from service after fulfilling my enlistment term many years ago. I never saw combat although I served in a combat MOS and was enlisted during a period of active engagement on foreign soil. I know veterans as friends, both my father and grandfathers served and now I have a son-in-law who is proudly serving today. Veteran’s Day was created as a way to remember those who have served and in many cases sacrificed all for their country but in some ways, this day seems to allow us to take pride in our soldiers while ignoring the continuation of actions that incur additional sacrifices that we ask them to give to this day. Veterans Day reminds us of who served, but should it also push us to want to change things? Rather than remembering service packaged in a compelling video snippet or moving ceremony; wouldn’t veterans be better served if we didn’t keep sending them to war?

I know some of you may disagree with what I am about to say and that’s fine. Everyone is entitled to their own opinion and mine has certainly evolved over the years. When I was a young man enlisting I had a huge sense of pride and patriotism for the job that I was signing up to do. It takes a special type of courage, and I do believe it is courage to enlist in a job that any sane person should realize carries the distinct possibility of death. Not death by old age either; death by a bullet, or by being blown up is not the way the average person envisions ending their work day. For hundreds of thousands of soldiers, they signed up knowing, especially in this age, that they could very well be shipped overseas to “protect our interests” in a foreign land and that too often comes with a heavy price tag.

I had grown up much the same as almost any red-blooded American boy of my generation being raised on a culture that held military service in a higher esteem. Movies glorified combat, although there was nothing in real life closer than our memories of Vietnam. We were fed a steady diet of heroes who stepped up for a country that needed men to defend them. We loved our country as a perfect ideal because we really didn’t know the true side of all its warts. America and being an American soldier was something to be proud of and it was treated with a sense of respect and honor by most.

Soldiers every day, I assume, think the same things that I did when I was 18; of how awesome a responsibility it was to defend your country. To fight as a soldier to protect my country is why I enlisted and I am sure everyone else had similar motivations, but are we fighting to defend our country? Are the sacrifices necessary today that we ask our young men and women to give? Are we taking advantage of young adult bravado to pull more bright men and women into a machine that neither values their sacrifice nor truly respects their almost too perfect view of their country and by association, the underlying reason for their service?

You might think from my words above that I am a pacifist, hippy, liberal, or whatever titles you want to place on someone who does not willingly beat the drum of war and believe the answer to all life’s problems are to send troops around the world to break and blow up stuff.  I am none of those, but I do want to stop sending our sons and daughters to die fighting terrorists we created and supported. I am very opposed to having our young people give their best only to come home to sub-par care from the wealthiest nation on earth. I am upset at the government who is quick to place troops in harm’s way but dicks around with their care so long that they are dying before they receive treatment. I am very much against spending our treasure to protect illegal opium fields while we declare a ridiculous war on drugs back home. I want to honor our veterans by learning from the lessons that they continue to give their lives to teach us.

This Veteran’s Day I will think about all of the people who have served in defense of our country. but I will not use this day as my get out of jail card to excuse further actions that kill or harm more of our young Americans. I would trade a million Veteran’s Day parades to simply have everyone serving overseas back home right now. We need to do more than simply remember. We need to learn that giving your lives in service to this country should rate more than a day with kind words and a free coffee from Starbucks.

Our veterans deserve better than platitudes. They deserve to be receiving the best medical care in the world. They deserve a country that tries to do anything in our power to prevent sending a single other person to a “conflict” rather than yet again threatening to send more troops to fight the latest crisis of the day. They deserve to be treated honorably when they return as opposed to being viewed as possible terrorists. Any future sacrifice should be something that we go into as a country with much trepidation, thought and prayer worthy of the gravity inherent in issues that are as big as the lives given to defend us. They deserve more than a day. They deserve better from the country they love so much.

I am in favor of bringing our troops home and am also in favor of not sending any more soldiers into combat zones nor to fight unnecessary battles. If even half of the energy and resources that are put into parades and ceremonies were used instead toward medical treatment, housing and other support services for veterans throughout each year, it would be put to better use. Having friends and family who served in various branches of the military…. some who were severely impacted by their experiences by the time they made it back home and later died, and some who… Read more »

I agree Nicole. Thank you for your comments!

My father was a Pearl Harbor veteran. He would’ve been 98 next month. He never talked much about the attack. I wish now I had pressed him more about it.

Spot on, Pat. Wars are usually started by old men who let the young ones fight. There’s nothing glorious about it, though sometimes it is the necessary choice. I remember enlisting a couple years after 9/11 and having those thoughts of waving flags, bald eagles, and George C Scott’s speech at the beginning of Patton. Now I know we’re the tools of corrupt, evil people who will spin any lie into gold and jewels. I suppose a good outcome of having so many combat troops back home is that there’s a good standing militia ready to take up arms should… Read more »

Yes, I believe that sometimes it is necessary. I just haven’t seen any modern examples of that from my perspective but you are right in that we have a well trained body of soldiers. Maybe that is why the DHS is labeling us as potential domestic terrorists and moving feverishly to implement an all robot/drone force? Science fiction could come true in our lifetimes.

And this why this is the only www-side i sign up and read ! i only can repeat my self excellent words Pat ! Also Quick # usmarinestanker# great article and comments from your side ! you have a great writing talent 🙂
Thanks everyone

Are you reading my mind?

I swore to defend the Constitution. I didn’t issue a check payable up to my life for politicians to pervert my beloved Constitution for the benefit of whoever fills their campaign coffers.