Will The Real Ebola Patient Please Stand Up! 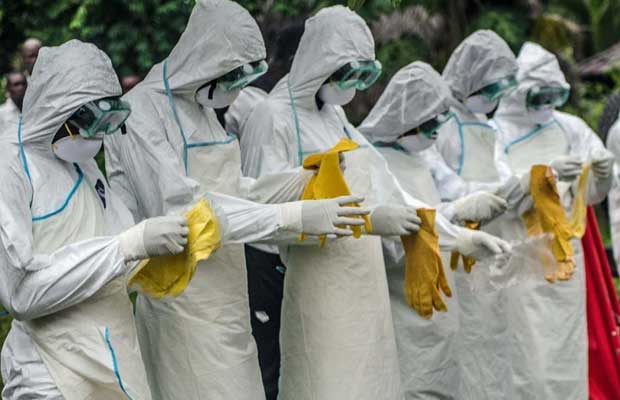 We all need to start taking the Ebola situation more seriously! We are coming into the Flu and cold season and this will make screening for Ebola much more difficult. Any travelers entering the United States legally (not considering those entering illegally) and who have a fever due to a cold or Flu and happened to have been anywhere around the infected area of Africa will have to be quarantined. Due to the sheer number of potential candidates, this will become an arduous and complex task very quickly, which is a problem at a time when the public health infrastructure is already strained to the limit.

And the transmission of diseases while traveling, especially on airplanes is significant.

As the numbers of ‘false alerts’ from the quarantine process increases, people will become lax in their duties, that’s just human nature…. And it only takes one screw-up to start an epidemic in the U.S. We have been very lucky so far, and even so, in just a short period we have nearly reached the limits of being able to treat the new cases. We should note that there are just a few hospitals equipped to treat Ebola, and counting all of them, there are a total of 11 beds available across the U.S. where Ebola can be treated!

So we could be facing what some may call a ‘perfect storm’ for enhancing the odds of an Ebola epidemic in America:

Let’s face facts: Ebola has already grown into a ‘pandemic’; it has now appeared on several continents. Notice that the news media has been very shy about using this accurate term. Ebola is now a ‘Pandemic’.

Last Friday (Oct. 31) we find out that a Liberian woman who flew into the U.S. and who had recently traveled in the Ebola infected areas of Africa arrived in Oregon and then subsequently developed a fever, and she was tested for Ebola. It turns out that on Sunday, it was reported by a ‘host’ family member that her fever has gone down, but as more details about Ebola leaked out from the public health officials, it was learned that actually 3 people in Oregon have met certain criteria and have been under Ebola watch!

The key point is not whether or not this woman has Ebola. The key point is that this woman successfully passed through all of the airport screenings, which as we see are useless. And the world is watching as we provide treatment to people who are ill with Ebola, which makes getting into the U.S. a high priority for anyone who thinks they may be exposed. Any traveler or foreigner who is concerned about having a possible Ebola infection and who wants to reach the hospitals in America for treatment, could simply take an anti-pyretic such as aspirin or Tylenol to hide any later stage fever symptoms and pass through the airport screenings. Anyone with as much as a brain-stem should understand that our current administration’s open-border policy is reckless and obtuse, and is designed to serve a political agenda related to supporting a potential ‘amnesty for illegal immigrants’ unilaterally by Obama, as opposed to prioritizing the protection American citizens.

It’s a fact that there is no fever or any other symptom that can be detected during the first stages of the Ebola illness according to the CDC. And the incubation period may be as long as 42 days according to some virologists. During the early stage of the illness, an infected person wouldn’t even need to use an anti-pyretic to pass through the airport screenings.

The situation with the Oregon woman (and the other two people in quarantine that came up in conversation) should be a real wake-up call for the West Coast of the U.S. Personally, I just don’t understand how some people on the West Coast (especially our legislators) don’t seem as concerned as they should be considering that Mr. Duncan arrived in the U.S. and had his Ebola bloom in Texas. Now we could have a similar situation anywhere in the U.S.

The Obama administration is enhancing the rate of our daily risk with an open-borders policy, which actually encourages people who are, or may soon be ill, to come here for treatment and do so with or without any disclosure until they succumb to the illness.

Making matters worse, we now have the ACLU telling States, Counties and cities that they shouldn’t use the only effective measure (21-day quarantine) to deal with travelers arriving in the U.S. from the African countries affected with the Ebola epidemic. In a recent court action supported by the ACLU, a Judge in Maine lifted the 21-day quarantine on Kaci Hicox, a nurse who was treating Ebola patients in Africa and recently returned to the U.S.

In the case of Mr. Duncan who suddenly quit his job in Liberia to come to the U.S., it has been alleged that he knew he was infected and came to the U.S. for treatment on his own. Assuming for the moment that we start getting more sick health care workers coming to America for treatment, how can anyone possibly assume we can deal with those cases here?

We all need to start asking why other modern, highly informed nations are closing their countries to any travelers originating from the countries in Africa that have Ebola raging. Canada is the most recent country to ban all travelers from Ebola areas.

In contrast to these other nations, we have a president who insists that we allow people who may or may not be infected into the U.S…. and seems to working to accelerate the importation of the infection by potentially bringing patients infected with Ebola here for treatment. We have already seen how that worked with Mr. Duncan, where two of the nurses tending to him who were wearing HAZMAT suits in one of our modern hospitals contracted Ebola. Treating Ebola, even in the most advanced centers is a very dangerous proposition at best.

Imagine if hospitals around the U.S. had a mere 100 cases and the amount of highly contagious waste that would be generated during the course of two or three weeks? That’s about 17,000 fifty-five gallon drums of contagious waste. And we worry about the security of bio-weapons that are contained in high security facilities? Who will handle the security for these drums? The military?

Even one drum of this deadly waste represents a weapon of mass destruction in the wrong hands! Anyone with a college degree in science could figure out how to aerosolize the waste from one patient, and that would be enough to infect hundreds, even thousands of people in a crowed environment. And there are already hundreds of drums of this waste that are floating around from the Ebola patients that have already been treated right here in the U.S.

The bottom line is that the Obama administration is playing Russian Roulette and the gun is pointed at our heads. The media has been given its marching orders in regard to reporting on Ebola by the administration (‘don’t scare the people’)… but the People have an absolute right to the truth. Ebola has and will continue to mutate, and when there are as many cases as we have now in the world, the chances for a more deadly version of Ebola to manifest is enhanced.

The People of the United States deserve better than the politically-driven carelessness of the current administration. Call, write or email your local representatives and demand that they take proper and immediate precautions to protect American citizens, before it’s too late!

I really enjoy your articles and this is another good one. You make such good points about the outbreak/spread geography issue. That said, sure, contact your elected representatives. But don’t expect that to help. The timing of this outbreak is especially unfortunate. The issue has been intentionally clouded politically as a “damage control” measure in this political election season. Today being Election Day, some (hopefully many) of the elected officials we could presently contact may be “out” soon; and those newbies elected to replace them are yet TBD. Those who fail to gain reelection could not care less about being… Read more »

I agree: Many of the politicians heading out the door are only worried about their own financial exit strategies, as opposed to working on a very difficult problem. I have to keep some hope for all of us, and believe that there are some who will nonetheless listen to their constituents…