Editor’s Note: I have been out-of-town for the last week and the posts haven’t been updated as much as I am used to which is probably a good thing when all is said and done. Our vacation home was supposed to have Wi-Fi but that didn’t work out. Instead of sitting around for hours writing posts each day, I was able to enjoy some time with my family and I am sure it goes without saying which is better for me. Playtime is over though and tomorrow we will resume our regularly scheduled posts on the Prepper Journal and I hope you will join me again. In the meantime we have another great guest post from our friend Captain Bill. Enjoy!


As it has been said: “Houston, we have a problem”! The numbers of illegal immigrants gaining access into the U.S. and then disappearing within the country is at all-time highs according to many reports. 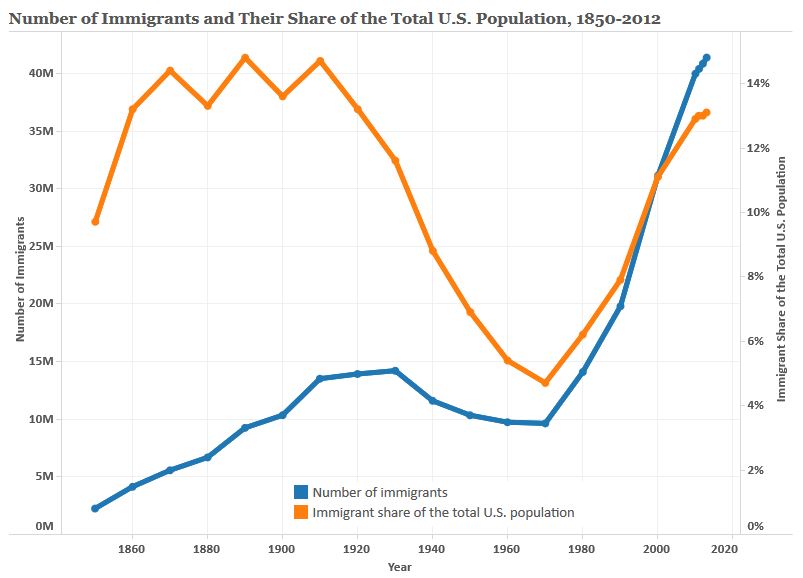 But what’s worse is that it seems there is a clear agenda by the current administration to allow these illegal immigrants to actually remain in the U.S. illegally, and to get education, medical care and jobs. But why would anyone want this? Who benefits from this? Certainly not the American taxpayers!

Many politically oriented strategists simply view the problem from the political point of view as a ‘balance of power’ between parties related to votes. Generally, I tend to disagree, since both the current political ‘parties’ are more or less subverted by the power of money and influence.

There are many potential dangers with the advent of the recent massive influx of illegal immigrants, which include an unchecked influx of dangerous criminals and members of terrorist groups, as well as individuals who are carrying various diseases, some of which are quite serious and highly contagious!

However I fear there may be an even more sinister undercurrent lurking in the actions (or lack thereof in this case) of the current administration.

Generally, when you ask Americans about the current government, the words ‘lawless’ and ‘out of control’ are commonly mentioned as disapproval ratings skyrocket for most politicians, especially the current administration.

But is the government really out of control? Now that is the question; or are they obeying the directives of the unseen elitists who are actually pulling all the strings?

Some people refer to these unseen zillionaires with terms like ‘Illuminati’, and other conspiracy theory driven descriptors. I really think it’s much simpler than a conspiracy… it’s just simple corporate business strategy being carried out by the politicians they control using multinational national tactics. Here’s what I mean…

This class of elitists are so wealthy that individually they own dozens of large corporations (these people are not found on the Forbes list of the wealthiest people, by design). As of result of the disjointed efforts of the socialist driven environmentalist movement, these greedy elitists decided they could make more money by moving many of their corporations offshore, along with their numerous individual and corporate bank accounts… however, as we have seen as of late, having offshore operations isn’t as profitable as it was just a couple decades ago. Foreign governments are increasingly more corrupt and unstable, and that translates into higher costs for doing business, and that in turn offsets the savings from the cheap overseas labor force and lack of regulations; not good for the bottom line!

Hmmm… what’s a wealthy elitist to do about this problem?

Well… since the elitists have so much of the current government in their hip pockets and working for them, there is a lot they can do! And what keeps them laughing is they have us, the U.S. taxpayers, paying the government to essentially carry-out their agendas!

First-off, they use their socialist-progressive friends and their highly integrated media psy-ops programs to convince Americans it’s OK to be poor; as long as everyone is equally poor. And that some austerity measures are reasonable given the past excesses of Americans, while simultaneously taxing the heck out of Americans, thereby effectively making them even poorer across the board. In fact, the ‘middle-class’ has almost disappeared in many States across the America:

Next, you import a whole new labor force into the county (America) that is fully under your control (as compared to foreign countries); a labor force that is large (in the millions) and who will work really cheap; and illegal immigrants fit that bill perfectly.

Now the profitability problem is almost solved; all that is left is to re-integrate your corporations back into America, while keeping Americans so far down in the dumps that they cannot do anything about your actions or the government you have essentially put in place using the power of the media that you also control.

Of course legal Americans will now have to compete for these low-paying corporate jobs due to the overabundance of available labor (thanks to all the illegal immigrants in the U.S. labor market) and fewer jobs thanks to the work of the progressive-socialists and environmentalists who have killed millions of non-corporate jobs in America, which also forces the cost of labor down. And this is very good for the elitists running things while hiding behind ‘the curtain of government’. The result is just a modern version of Old World Europe, where the serfs worked for the Lords.

So if we simply follow the money, we clearly see the corporate logic in allowing the massive influx of illegal immigrants to continue, virtually unabated. As of this writing it is estimated that there are over 12-Million illegal immigrants living in the U.S.!

The response of Americans should be just as simple as the elitist tactics, and is defined and indicated within in the text of the United States Constitution.

Americans need to regain control of ‘their’ government and make the needed changes before it’s too late! Or not… instead, Americans can continue to succumb to these combined tactics, and just buy a case of beer or a bottle of wine, go home after working 4 days out of every week just to pay for the elitist agenda, take your meds and zone out on some sitcom that was carefully designed to make you feel better about your lousy situation.

If you want to learn more about how you are being manipulated by the elitists, here is some more interesting reading.

America is like a boat on tempestuous waters and needs to quickly find a safe port before it’s too late!

You are correct on bringing in cheap labor do take our jobs. But what people don’t understand is that the business owners in this country tried to do it right but labor refused. For fifty years they had to contend with labor unions, single mothers wanting daycare at work, family leave act, less work more pay mentality, and low quality workmanship until about thirty years ago they started moving overseas. The workplace should belong to the employer not the employee. Yes employees should have rights, but they are not the ones signed on the dotted line at the bank. If… Read more »

Pat, I know you’ve been on vacation, and I suspect it’s not that easy to find someone to fill in for you. However, while I’m sure Capt. here is a great guy, this type of stuff is why I don’t frequent most prepper sites anymore. Is illegal immigration an issue we need to address? Sure, it is. But if I want political discourse there are thousands of other places I can read a person blaming the government, a race, or the 1% for all the problems we have. Your site is unique in that you promote personal responsibility and prepping… Read more »

I agree, I don’t think we can blame any one group. I do think we have to look at all of us for allowing it to happen in the first place. As a country, we are reactive and not proactive. Take the current Ebola patients in Texas. We should have never allowed the first patient in the country. I’m sorry that it may sound cruel, but it’s true. Our country is not and cannot effectively treat an all out outbreak of such a disease. I’m a nurse and know we are limited on what we can provide at any given… Read more »

Greetings Kelly: Identifying the causation of a problem is in fact very important as it relates to credibility. President Obola and his administration want Americans to trust and believe him and his scores of appointees. ‘Americans’ don’t run the government and whether or not we are reactive or proactive is only relevant during elections. Once we elect an administration, it’s their job to timely deal with issues (I.E. being reactive or proactive)… Obola has a record of leading from behind as a result of his set of priorities; priority one is political optics, and secondly, damage control for his predictable… Read more »