The Mess of Success 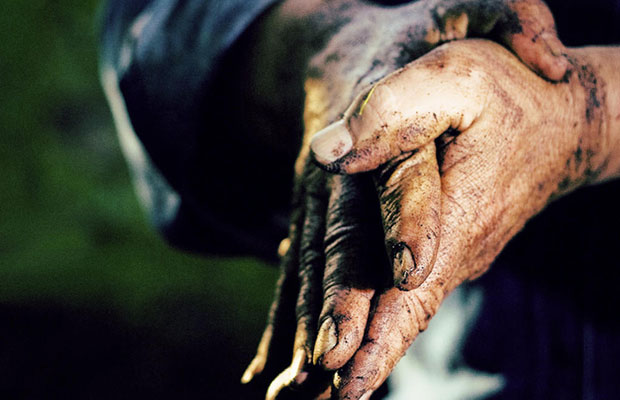 National Geographic has a show called Life Below Zero that I have seen probably a dozen or so times and it follows a lot of different individuals living in various remote locations in Alaska. The show appeals to me because I think Alaska is gorgeous and I would love to visit sometime, but the stories of these people are so much more intriguing to me than just about any episode of Doomsday Preppers.

WHAT!??!?! Yes, that’s right. As much as I do enjoy watching Doomsday Preppers, I think that the people and situations portrayed on Life Below Zero are much more representative of how life could be for us in the lower 48 if the grid really went down. That is after 90% of the population dies as some people predict. The characters on Life Below Zero all live in extremely remote conditions without many of the conveniences of modern life that you and I have. One man Glenn, lives in a small cabin all by himself for half the year. If that isn’t enough I think his cabin is 60 miles from the nearest road and he walks there and back twice each year. Can you imagine living all by yourself for months and having to walk 60 miles to get to your small cabin? We complain about running out of toilet paper.

There is another woman named Sue who runs an airstrip all by herself 500 miles away from any city. Sue is the most crotchety woman I have seen and she is probably my favorite. She reminds me of an old biker woman that befriended me when I worked at Walmart a lifetime ago on the night shift unloading trucks named Donna. Donna, like Sue was tough as sandpaper on the exterior but she had a heart of gold. Sue is so remote that when her back when out she had to radio for medicine. The only way to reach Sue’s airstrip is via plane and the weather was so bad the plane couldn’t even land. The pilot had to fly by and drop it out of the window to her. Bad back and all she hobbled out to the frozen airstrip to pick up her package of medicine and made her way back inside. A lot of us preppers are worried we will miss TV if the grid goes down. People like Sue and Glenn have to worry about dying alone or slipping and falling when nobody for 500 miles is around to help you. That is living a SHTF kinda lifestyle for real. As one of my old employers used to say, ‘one foot in the grave and another on a banana peel’.

I like this show because of its perspective. Watching these people who, with the exception of Glenn still have some of the modern conveniences we have like gasoline, snowmobiles, forklifts and boats etc. make their way in a wilderness that most of us couldn’t even imagine. They are the closest thing I have seen to what I visualize in my mind as living off the grid albeit remotely. It isn’t like they are all surviving off the land by eating berries, but their lifestyles are so much harsher than I could imagine. Watching them makes me think of how I would be able to fare with the same conditions.

There is another couple of people on the show, Chip and Agnes Hailstone. Agnes is a native Inupiaq and together with Chip they have 7 children. Chip and Agnes don’t have it easy either although they do live in a small town. Everything I see them do is geared toward their survival. Agnes isn’t on Facebook updating her friends with her latest hairdo or sending selfies of her bottom half in spandex after a great thigh workout in the gym. Agnes is out shooting gophers from a boat with iron sites. Agnes is pulling in fish from nets, carving up a moose or shooting seal. Agnes is one tough woman.

In one of the episodes, and I am going from memory here, I believe they had gone to their fishing cabin up river for their annual fishing trip. It is this one time each year that they must catch the food they are going to eat for the rest of the winter so the entire family is involved. The episode showed her and her children all working to catch and clean and dry fish. In one she was making a vest out of a seal pelt as for a gift for her father and almost every episode she has some animal on the floor cleaning and butchering it. It was at the end of one of these episodes as she looked with pride on the achievements of her family while the same time looking at the mess said, “The mess of success”. It struck me that if we have the grid down, SHTF, TEOTWAWKI event we are thinking is possible, that our success will be measured by the same barometer. We won’t have fancy Lexus’s sitting in the driveway with a big red bow on it Christmas morning . (Where in the world do they get those bows anyway?) We won’t be coming home with raises or bonuses. You won’t be selling the Johnson house or getting a big commission. Our kids won’t be in traveling sports leagues.

Our success will be messy I think. We will be successful if we get our hands dirty. We will be successful if we have a hundred stinking fish drying from racks in our yard, fish guts in our hair and dirt under your nails that will never come out. Life, even life above zero will still be hard and it might require everyone to realign our version of what success is. The successful man might smell like crap because he is raising hogs that feed his family. The successful woman might be covered in dirt because she has been in the garden or smell like smoke because she is cooking over a fire. Any way you look at it, I think life will be a mess.

Some of us and maybe I am even guilty of this too look at the possibility of some SHTF event as on one hand horrible, but we just think we will be at home everyday. Instead of going to work, we will just sit at home all day because the grid is gone. Nothing to do, so I will just work on my tan. I think if the grid is gone our civilization will be rocked to the core and we will be looking at ‘survival’ in a whole new way.  You won’t be able to get up and go run in the morning while you listen to your iPhone 6. You won’t be hitting the drive through for a big cup of coffee and a breakfast sandwich. You won’t be sending photos of your hairdo to all your friends.

We might not be 500 miles from the nearest neighbor but our lives will be just as hard and death could come just as easy as someone in the remote wilderness. Are you prepared to get your hands messy?

This is a good show Pat,. I’m sure you’ve heard the story of when Sue was attacked by a grizzly and had to drag herself back to her cabin. In her own words – “I had to sew my own head together, my arm, and before my hips popped out, I went across the river, found the bear, shot him, called the trooper, and there I lay for 10 days.” I enjoy watching the show and wishing I had the courage and skills to live as these people do. Then the show is over and I’m back to reality in… Read more »

I did hear that one too. Sue is something else and I love listening to her talk. I can’t imagine doing what she does alone.

One of my husbands favorite shows. I watch some of the time. With my health issues I don’t think I could live there and do everything they do. Yet, when I was younger I really wanted to go there as an LPN, but they were only hiring RN’s at the time. So, I never went. I imagine I missed out on a great learning experience.

Well, we both aren’t able to go to Alaska but we can still strive to learn all we can. Thanks for your comments!

I too like life below zero. The only thing that would make it more realistic is if I plugged my t.v. In on an extension cord and watched it outside in the dead cold of a Midwest winter. I too like sue. Yes she is crotchety but she is real. You never have to doubt where she is doing from cuz she will tell you. I have a feeling this tough old broad could outdo a lot of us bad back and all. Chip and Agnes are my favorites also. That lady could probably knock the eye out of a… Read more »

I agree there are a lot of negatives about Doomsday Preppers, but I do still learn from it. I am watching all the old episodes now on Netflix and catching up on some that I must have missed completely. It is full of nutty things, but there are nuggets out there if you are looking for them.

Thanks for the comments Michael.
Pat