Thinking About your Neighborhood from a Tactical Perspective 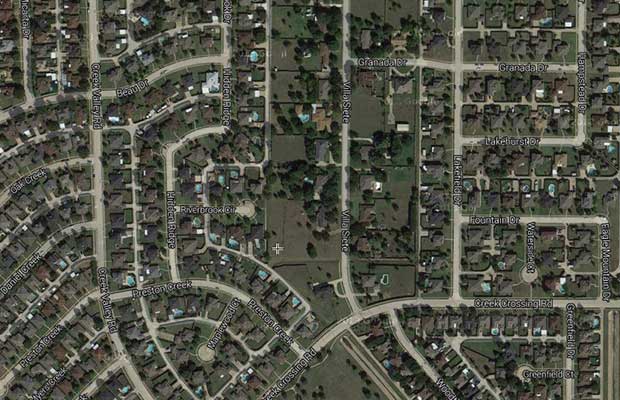 Yesterday I wrote about forming the Neighborhood Watch on Steroids and described a situation where you might need to join together with others in your neighborhood to provide defense from people or groups looking to do you harm or simply steal what is yours. Long ago, there were no such thing as police officers who roamed around in their cars connected by radio and dispatchers who monitored a central 911 system. If trouble broke out, you and your family were on your own. You may have been able to rely on neighbors if they lived close enough but the defense of your property was a personal responsibility.

Flash forward to today and for a whole host of reasons our society has largely abdicated this responsibility to law enforcement. While there are many noble police officers out there, they are woefully outnumbered when it comes to people so while they may arrive in time to help, usually the police arrive after the drama has occurred and try to sort out the players as best as they can. This isn’t ideal when our society is functioning as it should be. A police presence could be non-existent in a crisis or disaster and it will be back to you and possibly your neighbors to defend your village or neighborhood.

Again, I am not talking about some snow that keeps people at home. I am talking about chaos where for whatever reason, law enforcement is unable to get to you much less protect you and you have bad people who are trying to get in. For the rest of these articles I am going to assume a national disaster that has rendered our nation in a crisis where there is no rule of law.

Before you enact a plan to defend your neighborhood, it helps to think about a few things first.

Understand the Enemy – Who are you defending your neighborhood from? What kinds of threats could you expect to encounter? For the purposes of this article, we aren’t going to consider a professional military force. We will say that the enemy could be lone individuals or gangs who range from simply hungry and desperate to organized and violent. Depending on your location and the duration of the event, you might encounter all types of people.

Use Situational Awareness – This will be key to any defense and that is to know what you are protecting and who is trying to get in. The size of your defensive team will dictate how much area you can realistically try to secure. There are force multipliers obviously and we will get into those in an upcoming post, but you have to know your neighborhood better than anyone so that you can model your defensive strategies where you will have the most advantage.

In another post on Preparing your neighborhood against attack, I mentioned drawing out the boundaries. You may only be able to secure a couple of streets or even one street and it will help to draw out the streets identifying access areas, choke-points, natural cover and the assets you hope to control. Some resources you can use now are websites like MyTopo.com that will allow you to order a detailed topographic map of your entire area or Scribblemaps.com that will allow you to create your own maps and add symbols. Naturally, these would need to be taken care of before any crisis prevents you from access computers or the internet.

Use the defenders advantages

I mentioned also that virtually none of us have a walled compound so it isn’t like we can march along the wall and shine spotlights down on anyone trying to access your neighborhood like some type of Alcatraz Island. You will have to use the advantages you do have though to give you and the rest of your neighborhood defenders the upper hand. If someone does come into your neighborhood you will be able to rely on your strengths.

You will have the ability to fight from cover and to create fortified positions. Again, this is assuming a SHTF type of scenario. What can you use? Depending on the disaster you can roll cars into position, refrigerators, use stones that used to form your ornamental garden walls. For me if this really was a disaster I would be looking to build my own foxholes and augment those with sandbags. Digging a hole is free and a lot of dirt makes great cover. With planning and enough resources (people) the routes into your neighborhood that you want to defend can be set up to be highly defensible.

You have the home field advantage. You know your neighborhood and where everything is. You will know where your partners are with rifles trained on the bad guys. Communication will augment this but we will get into that later as well. You will know where paths through the woods go, where fences are opened or where special defensive devices meant to injure or slow the enemy are hidden.

You have the ability to prepare. Anyone who is intent on coming into your neighborhood will only be able to observe from the outside what is going on provided you don’t have patrols outside of your area watching for this behavior. You can set up defensive positions, deploy obstacles to prevent unwanted vehicle traffic and reinforce as you go along. If this is a gang who is somewhat organized they could have experience offensively but they will not have had as much time as you to prepare your neighborhood to be defended against them.

In the next article I will be talking about coordinating an intelligence and response plan so that your group will have direction and methods for knowing who is coming and what the neighborhoods response to various threats will be.

I know this post is over a year old, but the age of it doesn’t make it irrelevant. The time factor actually increases its relevancy. The lack of comments is a bit concerning because I see this as apathy. Great topic and one many people don’t discuss and don’t want to talk about. I’m retired Army and have my own plans, but I think this needs to be put out there and folks need to kick it around. I have been watching what is going on in our great country and determined a number of years ago that the American… Read more »

Thanks for the comments Paul!

This post was actually part of a series all done consecutively. I think this was the second.

The other posts were:

Since starting the Prepper Journal we have published over 900 articles which have been viewed more than 10.5 million times so I know the post is getting viewed. Some topics spawn more comments than others.

Thanks for reading!
Pat

So my cousin is an Iraqi war veteran and has been harping on me for years. I just got my home defense SHTF rifle and am going to the range to sight it in. We are getting 35# sealed barrels to store food that is non perishable. This website I have found to be very useful as it’s my cousin who sent it to me and I have been equipped with knowledge I otherwise would not have had. I like the Ariel map to better know my area and to coordinate with my neighbors in developing a plan together. Problem… Read more »

It’s a sad fact that when it comes to SHTF, the vast majority of people, be they friends and family, or coworkers and neighbors, just will not ‘get it’ like you do. They either don’t see the warning signs, or do, and expect someone else to get them out of trouble. By and large, when we need something done, we’re going to be doing it on our own. That’s why it’s important to either build a reliable group among those who are willing to listen, or prepare yourself for the reality of being the only one. It’s lonely. It’s sad.… Read more »