How to Deal with Diseases in Long Term Survival Situations 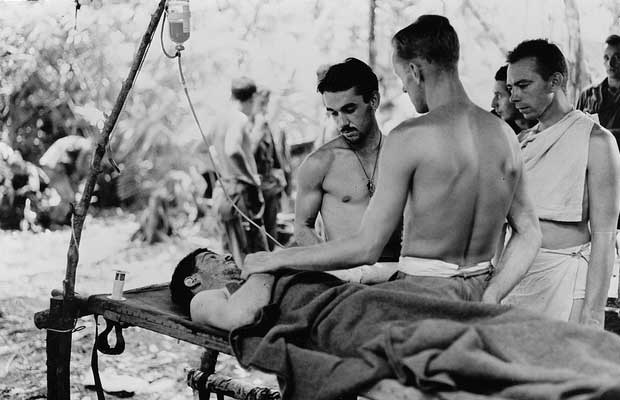 The following article comes to us from Selco of the SHTF School website. Selco is one of the rare voices in the preparedness community who has real-life experience surviving in a SHTF type of world. Selco is from the Balkan region of Southeastern Europe, and lived through the Balkan War when it came to his neck of the woods from 1992 to 1995.  Selco survived in a city WITHOUT: electricity, fuel, running water, real food distribution, distribution of any goods, or any kind of organized law or government. Besides running his website; Selco produces an online course called One Year in Hell where he describes exactly what he went through and shares information on how you can survive if you are faced with the same situation.


There are great concerns about possible Ebola pandemic spreading outside Africa, media is bombarding us with this information. We also have ongoing discussion with interesting updates on our forum.

You can read all sorts of information online, like possible reasons for fast spreading in Africa including religious beliefs and rituals there where people handled bodies without proper knowledge, contributing to the fast spreading. They also say that lack of general knowledge about diseases, hygiene and eating bush meat along with lack of training of local medical professionals caused the mess. Interesting to read, no doubt.

They also say that there is no way of some doomsday scenario of sick person getting onto regular flight, contaminating everyone, because it spreads through body fluids only etc.

All good info, but somewhere at the end of article there is one sentence that goes like this: “… so there is clearly no reason for panic…”

As I said few times before, whenever someone from government, law enforcement, or similar says “no reason for panic” I get strong urge to buy more ammo (food, water, gas masks…).

OK, I’m a burned man and had bad experience from listening to similar statements, if you are member of my course you know what kind of messages we heard even in days before we were surrounded in the city with no way out.

Just use common sense here. Would media really ever say it is time to panic? It is time to prepare? No. This would cause chaos and some people would overreact. Not show up to work anymore, this could lead to collapse itself. People do not think for themselves anymore so media to certain degree has to always calm people down. It is how the system works.

Panic is bad in any case. Reading how scared some preppers are, some people seem to be in constant state or emergency. This makes no sense and just makes life miserable. We prepare for every possibility to not be in panic mode.

First be prepared, then do not panic. Of course stay alert and use common sense.

Ebola is scary, and it can become big problem for sure, but just like sharks kill just about 10 people every year and elephants kill 10 times more, it is often what we perceive as harmless that can cause biggest problems. Survival is a lot about seeing dangers where they are. In this sense you should make sure your bathroom is not slippery because many people die by slipping in shower. Today I write about the regular killers I experienced during my time in war.

It does not have to be big wound to get you into the trouble. When SHTF small cut can kill (literally). In world where there is no proper medical care you need to be ready to deal with problems like this. During my SHTF time there were lots of troubles with wound infections. Everything from minor cuts to bullet wounds had chance to be infected.

We treated infected wounds with what we had, over time with less and less resources it mostly became simple water cleaning, and local mixtures of things for treating infections. Recipes were different, from pine pieces to onions on wounds and similar, and of course local alcohol beverages.

Sometimes we had antibiotics, mostly we did not. Results were very random. What worked for one guy sometimes did not work for someone else. Some people died, others became crippled.

For future SHTF scenarios I suggest to learn as much as you can about wound treatment.

Of course there is good stuff around to buy, but be sure to check what you get, good idea is to ask your friend who is in medical field what you actually gonna get in that kit, or even better to assemble your own. I have listed some suggestions what should be in every basic first aid kit here and Cajun who is medical professional like me lists his first aid kit from his bug out bag in our forum.

You can be sure that sooner or later you will have to deal with this. It is not only dangerous to be crippled with diarrhea and vomiting because at the end it can kill you, but also it can make you so weak that you can not perform your duties. In SHTF that means that you are too weak to defend yourself, or to go out and gather resources and similar, and that is bad. Again, thats why groups are important and lone wolfs have odds against them.

I think that everyone was poisoned with bad food or water at least once during my SHTF time. We dealt with it with teas and simply trying to give the person more water than he is losing it. There were casualties of course, mostly very old or very young.

First line of defense would be hygiene. Be very serious with it when SHTF. Have plan how to keep yourself and your home (and food and water) clean when SHTF. It is much better to think more about preventing that stuff to happen by how you store your food and handle it instead of having great first aid kit to treat the problems.

Mistake that people often make in case of diarrhea and vomiting is that they try to consume too much water too fast and that causes more harm than good. Point is to consume fluids very slowly and in small amounts. For example one sip of fluids every 20 minutes or similar, take rest and be careful with water and food intake in next 24 hours.

I know many people think that when we experience breakdown of system and total collapse everything will be about adrenaline, fighting, chaos and blood.

This is part of it, but mostly, especially in first weeks people who lived with small conditions are going to experience them much worse. Think about what small problems you might have at the moment that can become huge if you have to live survival lifestyle with heavy physical work every day, maybe lack of sleep, extreme stress and less hygiene. Problems will be multiplied many times.

For example your uncle had high blood pressure for years, he is on pills, and his family tries to „force“ him to eat healthy, and it is working more or less, but every now and then he ends up in emergency room because his blood pressure goes dangerously up. When SHTF what is the plan to regulate his high BP, and for how long you have stash of pills for him? Or how he is gonna be able to eat healthy or similar when SHTF? From my experience in survival situations, these people are the first to go.

Solution could be to try to regulate his blood pressure today as good as you can, to have stashed good amount of medication for him, and of course to learn everything about alternative means of treating that condition (with herbs for example). Point is to do all this today, because when SHTF you may not have chance or enough time for that.

As heartless as it sounds but also think about what to do with people who are against prepping today and who you know will run into serious problems once normal system is not there to support them anymore. Who will be angry and cause problems in your group if you simply decide to leave that sick uncle to his fate? At some point you have to know when train is full and you are leaving and it makes sense to think about this before.

How do you prepare for diseases? Besides first aid kit(s), what plans do you have? Share in comments below or on our forum.

I often think about how I would deal with unprepared neighbors once everyone realizes that this is going to be serious and long term. And at times like that I look, with apprehension, at my giant glass sliding back door and recognize that my home has absolutely no security until that glass is replaced with storm/bullet resistant material. As it stands right now all one would have to do is smash it with a brick and walk right in. Oh, they’d get a good fight out of me in the process but even if I win my perimeter is permanently… Read more »

I know exactly what you are talking about, but that is why they make plywood and big 3 inch screws… That still isn’t as good as a castle with a moat, but you have some options.

Plywood is as good as anything you can do in that situation. It’s not going to stop a determined attacker (but it will slow them down and give you time to respond) but the main utility to it is to send a big “get lost” to low effort opportunists (because why pick you if next door is wide open?).