Editors Note: This article is from Pastor Chuck Baldwin and originally appeared on his website www.chuckbaldwinlive.com. In the article, Chuck lays out the case for a biblical mandate to defend and protect your family. The motivation behind this message is from the increasing prevalence of a militarized police force who seem to act in ways that show a complete disdain for the citizens they are sworn to protect as well as the ongoing threats of violence in big cities by an out of control population.  Our world is not a peaceful place. As preppers one of the most important items to consider is the security of your family. Pastor Baldwin sums his beliefs up nicely below but even if you disagree with the Christian mandate, we have a human mandate to protect our families from violence.

If You Don’t Have Such A Rifle, Go Buy One Now!

The recent killing of an unarmed teenager by a Ferguson, Missouri police officer incited riots in and around the northern St. Louis area. As usual, the police version and the version of several eye witnesses lie in stark contrast. The police version is, the young man was struggling with the officer and trying to take his weapon from him–and the officer fired his weapon in self-defense. Several eyewitnesses say the young man had his hands in the air and was surrendering when the officer shot him. The latter version is the more popular view of local residents, which prompted hundreds of people to riot. Yes, the victim was a young black man.

It is very unfortunate and counter-productive when race becomes the focus of any story such as this. But it almost always does. Our propaganda media, which loves to use the race card, almost always makes any such tragedy some kind of racial discrimination story. Sometimes it is; but more often than not, race had nothing to do with it.

It is also very unfortunate that among the vast majority of God-fearing, law-and-order Americans, policemen are automatically assumed to be guiltless in the face of accusations of police abuse. It’s almost like when a man puts on a badge and a gun, he becomes incapable of human misconduct.

Am I suggesting that a majority of police-killings are unjustified? I am not. I still believe that the vast majority of our men and women in blue (and brown for sheriff’s deputies) are good-hearted, sincere, law-abiding people who do a tough job outstandingly well. The vast majority–but not all.

Sadly, incidences of police abuse seem to be skyrocketing. Examples of police arrogance and overreach are ubiquitous. More and more law enforcement personnel have an “us versus them” mentality. And the “them” are the citizens they (the “us”) took an oath to protect and serve. More and more policemen have a shoot-first-and-ask-questions-later mindset. And more and more of them look upon their fellow citizens as “the enemy.”

True story: A Christian policeman was recently asked to speak at a church gathering. The officer works in the traffic division of a small town. Mostly, he gives out parking and speeding tickets. As he opened his address to his fellow churchmen, he said, “I am a cop; I work among the dregs of society.” Really? People who get parking tickets and drive 10 or 15 miles an hour over the speed limit are the “dregs” of society? That statement should have disqualified everything the officer had to say after that. But, sadly, the vast majority of Christians in the audience thundered their approval with choruses of “Amen!” This illustrates the depth of the problem we are now facing.

While the incident in Missouri is still being investigated, there are plenty of examples of police conduct that is either questionable at least or downright Gestapo-like at worst. Last month, an unarmed man was choked to death by a police officer in Staten Island, New York. Five years ago, an Oakland, California police officer shot and killed a young man while he was lying face down on a subway platform. Two years ago, an unarmed National Guardsman was shot and killed by a New York policeman during a traffic stop. Unfortunately, these incidents seem to be escalating. Yes, the Oakland officer was prosecuted and convicted, but this is the exception not the rule. Seldom is an offending police officer ever charged with a crime–or even removed from his post.

Add to the list of police killings the tens of thousands of people who are severely beaten or abused, often without provocation, by out-of-control rogue officers, and the picture becomes even more ominous. Again, I readily recognize that these rogue officers are the exception and not the rule, but the sad reality is that these bad cops are mostly allowed to continue their brutality with impunity. For a policeman to be removed from his job, much less face prosecution, is a rarity indeed.

And here is the kicker: after the New York and Missouri incidents mentioned above, the U.S. Justice Department has announced that it is widening its involvement in local policing in an attempt to curb the growing abuse of power.

Are you kidding me?

What we need are constitutional sheriffs who will courageously serve as the people’s vanguard against both the overreach of the federal government (which spawns so much police abuse, both local and federal) and against rogue officers among the police agencies of his jurisdiction. We also need partisan-free prosecutors in the local court systems. So many prosecutors are primarily motivated by partisan politics than they are “liberty and justice for all.” And we also need jurors who are truly blind to their prejudices and propensities and are willing to acquit or convict on the basis of proven fact alone. When a policeman steps over the line, he or she must be held as accountable as any ordinary citizen.

I personally believe, and would aggressively support, making all sheriff and county prosecutor’s races non-partisan (like judges). Justice should always be politically (and, yes, racially) blind. We have far, far too many political prisoners in our jails and prisons in this country. And if you don’t think that’s true, it’s because most of the local media refuses to report this kind of injustice due to the political connections and partisanship of the paper’s publishers and editors. The same is true with local television news. Accordingly, I strongly believe that sheriff and county prosecutor’s races should be non-partisan. We should probably throw in the State attorney general’s race, also. Lady Justice is supposed to be blindfolded, but political partisanship has taken away her blindfold and given her tainted glasses.

Obviously, even if the killing of the young man in Missouri was unjustified, the ensuing riots were also unjustified.

My friends, if you live in a big metropolitan area, you are one Rodney King or Hurricane Katrina event away from a potential all-out war against your family and property. As in the riots in South Central Los Angeles in 1992, and in the aftermath of Hurricane Katrina in New Orleans in 2005, people in northern St. Louis were subjected to the destruction of their property and the potential loss of life in the aftermath of the shooting of the young man in Ferguson.

And, just as was the case in South Central Los Angeles, business owners in northern St. Louis protected their lives and properties with–you guessed it: AR-15 semiautomatic rifles. Had President Obama and Senator Feinstein had their way a few months back, those people in North St. Louis would have been defenseless against the violent rioters that were attacking them. The presence of the AR-15 semiautomatic rifle saved many a life and much property in Los Angeles, California in 1992, in New Orleans, Louisiana in 2005, and in North St. Louis, Missouri in 2014.

In any kind of civil unrest, the best protection any of us have is God, the loyalty and dedication of good friends and family members who are willing to protect our backs, and a .223 or .308 semiautomatic battle rifle with loaded, large-capacity magazines. If you don’t have such a rifle, GO BUY ONE NOW! If you don’t have enough ammo, go buy it now. And if you live in a State or city that won’t let you buy one, MOVE!

Add to the chaos of civil unrest caused by either man-made or natural disasters the fact that the U.S. government is unloosing hundreds of thousands–maybe millions–of violent illegals into our country, and anyone who is not well-armed for his or her own protection is downright foolish. According to Texas State officials, there have been nearly a half-million felonies committed by illegals during the last four years IN THE STATE OF TEXAS ALONE–including over 5,000 rapes and over 2,000 murders. Remember, these are crimes committed by illegals alone in the State of Texas alone.

Border Patrol agents are warning us that violent Mexican gang members, many of whom have already committed murder, are being allowed free access into the heartland of America. Texas State Senator Dan Patrick recently reported that his State now has over 100,000 illegal immigrant gang members. Again, that’s just in Texas.

The crime rate across the United States has been declining for years, and is currently at its lowest level in recent history. But watch out! Violent illegal gang members, including members of one of the most violent and notorious gangs ever, MS-13, are pouring into this country. The crime rates in communities across America are about to explode. There is no way that local police agencies are going to be able to protect you. And, in truth, that is not their job. It is your job to protect yourself, dear friend. And you are not going to protect yourself from marauding rioters or violent gang members with a six-shot revolver. Oh, the handgun is fine defense for one or two attackers; but for more than that, you need a large-capacity semiautomatic battle rifle. How many examples of civil unrest do you need to convince you? I guess the one that breaks out next to your neighborhood, huh?

Of course, the federal government is allowing these violent illegals into our country KNOWING the crime and havoc they will unleash on this country. They WANT violence and havoc to be unleashed on this country. They must raise the crime rates in America in order to justify the expansion of the national Police State they are determined to construct. But in the meantime, tens of thousands (maybe hundreds of thousands) of Americans are going to be beaten, paralyzed, robbed, raped, and murdered.

We don’t have to make it easy for these two-legged beasts: we can and should be an armed and ready populace capable and determined to protect our families, friends, neighborhoods, and communities: anything less is un-American, unmanly, and, un-Christian. Yes, you heard it right: It is un-Christian.

The Bible tells believers that any man who does not provide for his own, especially those of his own house, he has denied the Christian faith and is worse than an infidel. (I Timothy 5:8) And most certainly, “providing” for one’s own entails protection as much as it does food, clothing, and shelter. I, therefore, maintain that any Christian who is not prepared to protect and defend his family by being duly armed and trained in the use of arms has denied his faith and is truly worse than an infidel. Even heathens understand the Natural Law of self-defense. In fact, the entire natural kingdom understands the law of self-defense.

The recent killing of that young man in Missouri should serve to remind us that police, too, must abide by the law (I sincerely hope that the police officer involved did just that), that civil unrest can erupt anywhere in seconds, and that the need of the people to keep and bear, not just any arms, but semiautomatic battle rifles, is the best insurance for the survival of our lives and our liberties. 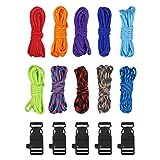 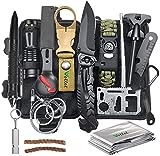 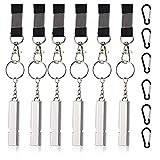 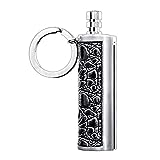