It’s a plain fact that too many people in our county have become far too complacent. And among several other incredibly serious national problems, we suddenly have a mass influx of tens of thousands of illegal immigrants crossing our southern border without any interdiction or safe guards! This is a fact that’s being reported on every major news media source in the U.S. The media is partially correct in focusing on the humanitarian crises that has been created by the current administration’s failure in handling this event, but there is a far more dangerous, lethal side of the current crises.

The current idiotic administration stupidly assumes that our enemies are dumber than some of our population have become in the last 10-15 years.  However, many terrorists these days are highly educated, well trained, and they are highly motivated. Like sharks in the ocean, they smell blood and sense the weakness of our so-called ‘leader’, who is too busy playing golf and releasing top terrorist commanders in exchange for one ‘dishonorable deserter’ (according to the soldiers he worked and slept alongside) whose father acts like a terrorist sympathizer (lives in Idaho BTW), who claimed an Islamic victory using the Arabic language during an at the White House thanks to the man who currently calls himself our commander and chief.

From my chair, it’s only a matter of time (if not already) before we are under attack on our own soil and the attack may be coming without any defense on our part.  If a terrorist wants to kill thousands or millions of Americans, how is that done? 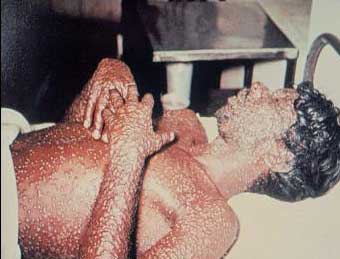 Well before the universal ‘dumb-down’ campaign in our public education system, and its new and improved socialist version AKA ‘Common Core’, students in America actually learned history and science. And any high school kid from the years gone-by knows that:

If you infect someone with a highly contagious deadly disease that has an incubation period ranging from a few days to a couple of weeks, and then send that infected person into the U.S. where they can infect others with the disease, you have essentially launched a human bio-weapon into the U.S.
Who needs guns and EMP weapons when this super simple system is readily available to even the poorest of terrorists… thanks to the ‘open border’ policy that Obama and his cronies have created. There is a long list of such diseases…

It’s a frightening coincidence that Ebola is currently spreading like wildfire in Africa.

It wouldn’t be hard to hide one recently infected kid in amongst the thousands of kids coming into the U.S. through Obama’s new ‘porous border’… Heck, I am surprised he’s not dropping leaflets out of aircraft in central America advertising these facts…. sadly we all must now suffer whatever fate that Obama has initiated…. too many Americans have been pacified through Obama’s carefully designed socialist programs… and they no longer think for themselves… they suck-up whatever crap this administration dishes out and their lives revolve around taking Government hand-outs…. 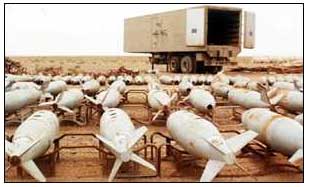 Thinking Americans need to rally the patriots in the Congress and Senate and demand they take immediate action to remove Obama and his cronies from their offices immediately, before we suffer the catastrophic and irreversible results of his failure to protect American’s and their futures.  We are running out of time! Being audited by the IRS because Obama doesn’t like your politics is nothing compared to an outbreak of Ebola or some other serious disease here in the U.S. Even a regional outbreak of one or more diseases such as; dengue fever, malaria or drug resistant tuberculosis will cost the U.S. economy hundreds of billions of dollars! And at a time when our economy and social infrastructure is very fragile, a financial impact of that magnitude could inflict tragic results upon all Americans.

Americans can no longer afford to sit-back and just hope things will improve; action is required. Being aware of this now, when there still may be time for corrective action may still prevent the worst from happening….
Cheers! Bill

I have wondered for a couple years about the high number of “summer colds”, strep throat, and flu-like symptoms that I have noticed refusing to go away here in southern Utah. When I was a kid growing up in the 80’s and 90’s, you got the flu once, maybe twice, a year (winter/spring) and that was it. You might get the sniffles and a runny nose, but fevers and vomiting were not regular occurrences as I have anecdotally noted now that I have children. Disease at my work seems to be on a merry-go-round circulating between kids and parents and… Read more »

I believe that it is the prevalence of things like too much Antibiotic use and those sanitary wipes and gels you mention that are causing other people to have weaker immune systems. I can’t back this up with any facts but I do know doctors have been warning of our antibiotic resistance for some time. It makes sense to me if your immune system isn’t healthy you get sick more often.

Florida already has Dengue and TB, and has for years