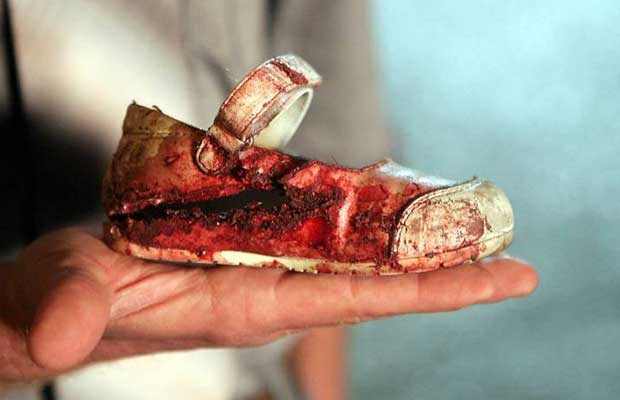 Ongoing terrorist trends and tactics across the globe well prove that American schools are among the next big terrorist targets for attacks.

While U.S. school shootings are surely among the most tragic accounts of personal and family tragedy over the last 20 years, they may unfortunately only preface a grotesque reality facing students, teachers, administrators and parents in the United States.

Preaching a sermon just last week, Sudanese Muslim Cleric Muhammad Al-Jazouli gave a chilling warning against possible American airstrikes against ISIS (the Islamic State in Iraq and Syria). He warned that “if a single airplane flew over Iraq,” Muslim extremists were to attack Americans in their restaurants, coffee shops, workplaces and – perhaps most shocking- in their universities and schools.

Just as bold was the call from Muslim Imam Shaker Elsaed in Jan. 2013 – speaking to Ethiopian Muslims at T.C. Williams High School in Alexandria. Va. – for Muslims in America to “wage Jihad” on American citizens.

Additionally, they know that both our schools and law enforcement are wholly unprepared for a terrorist attack. They see that a single, lone shooter can create havoc among us, and know that an attack involving 5-10 terrorists on a public school with over 1,000 defenseless students and teachers would create a massive media event.

Several terrorist groups have not only warned us of their intent to attack U.S. schools, they have provided us with the tactics they intend to use.

Groups like the Chechens and Boko Haram have conducted attacks on schools with large groups of attackers who were wholly unwilling to negotiate. Their intent has been to create mass casualties and kidnappings.

One of the most vulnerable targets may be school children on buses. Reports show that some 42% of all international terrorist attacks have targeted transportation systems. Among school attacks alone, 37% have been against school buses.

This horrific tactic is an attractive one for terrorists as it concentrates children in a confined space, with no means of escape.

School bus attacks are further attractive because they are often found in rural areas far away from police protection and response. A prominent tactic internationally has been for terrorists and militants to stop buses on a lone highway, kill all the passengers, and leave them to be discovered by passers-by hours later.

As bus drivers are notorious for “staying on schedule,” terrorists can successfully set up an attack knowing that the exact time a school bus will be in a certain area.

Even more horrific, a growing tactic among terrorists has been to conduct separate but simultaneous attacks on similar targets. Imagine terrorist attacks on four or five school buses in different parts of town, at the same time.

Of course, this should not be viewed as discriminatory against women, but rather a recognition that terrorists may seek the opportunity to recruit female teachers or administrators who are sympathetic to their cause (a tactic that terrorist have become very good at), or they can easily insert a female suicide bomber into a school.

One mistake our education systems have made is to think solely of protection for our children. For many terrorists, it is not the children they want to kill, it is the teachers. As Abubakar Shekau – leader of the Nigerian terrorist group Boko Haram – said in July 2013: “Teachers who teach western education? We will kill them! We will kill them in front of their students, and tell the students to henceforth study the Quran.”

According to lawsuits in the wake of the Twin Towers attacks, the courts found that New York Ports Authority and Twin Tower management and officials “knew or should have known” that the buildings were likely to be terrorist targets.

The threat of terrorist attacks against our schools is real. Both students and teachers in the class room are attractive – and easy – targets, as are children on school buses. These targets are accessible, will provide worldwide media attention, and a small group of 4-5 terrorists can hold off law enforcement response for hours, resulting in hundreds killed.

As a final thought, a list of relevant school attacks and tactics may prove the urgency of this issue:

Keith Pounds is a former hospital corpsman (medic) having served in the U.S. Navy and with the Marines. In 2012, he was designated as an Honorary Green Beret by the S.C. Chapter of the Special Forces Association. He holds an MBA with a concentration in organizational psychology and is the president and CEO of Countercon, a Columbia, S.C.-based counterterrorism consulting company.

“they know that a large-scale terrorist attack on our schools would cripple us psychologically.” It may do just that but I think it would “awake a sleeping giant” just like Pearl Harbor did. Why we continue to allow so many Muslims to legally move to the US is beyond my comprehension. Not sure of the stats but it seems way out of proportion to other races. I think the numbers where increased to show we are only against radical jihadists and not Muslims in general. Another politically correct corruption.

Thanks for the comments obxster, I know what you are saying, but with Pearl Harbor we were motivated to join a war and fight against countries. How would this play out with the shadow boogeyman that can never be nailed down called “terrorism”? We could get mad finally but what would happen? Are you saying we would not allow Muslims into our country anymore? What about the tens of thousands of people pouring over our borders right now? There is no outrage. My fear is that another horrific event will only be used to take away more freedoms and rights,… Read more »

It just may be the catalyst that will give the government the total control it seeks but it would be hard for them to try to force control on Americans if it’s obviously a radical Muslim attack. We should not allow Muslims in our country except for specific reasons. We grant over 100,000 visas a year for Muslims now. It’s estimated that we grant US citizenship to 1,000.000 a year based on the premise that we allow their families to join them and are granted citizenship also. Their families only get temp visas until naturalized. Our borders are and never… Read more »

I understand your frustration on immigration, but your sentence ” it would be hard for them to try to force control on Americans if it’s obviously a radical Muslim attack.”

What happened after 9/11? That was Muslims too, right? We have less freedom and more government control over our lives now than we did before that day and American’s didn’t do anything did they? We get groped getting on a plane now, but people from other countries are free to ride trains across the border all day. The bigger picture is more troubling to me.

You say your are more worried about the big picture. Who isn’t??? I conceded it may be the catalyst for more control and I even envision it being an event that just may cause the idiots to declare martial law in the country. I’m sure there are Muslims sneaking across the borders but they pale in number to what we are importing “legally” with visas. I’ve read somewhere that the Muslim goal is to topple us from the inside, just like they are doing in Europe. Europe is in more trouble than most people realize because they import many more… Read more »

I know what you mean and I agree with you. I still see dark days ahead regardless of how that evil is ushered in the door for us. All we can do is make ready because the “normal” channels we relied on are unable or unwilling to do the job.

I’m sorry to say that there is no limit to the stupidity of the American public. Even the terrorists will watch in awe as our idiots completely fail to identify the enemy that is raping and murdering their child in droves. I’m planning on starting a life in a different country far away from this hopeless loony bin!

What a great point, Pat! I worry too that the threat of terrorism will be used for gun control. Ironically – as I’ve said before – the 2nd Amendment (individual protection) is the most important thing that will protect us from terrorists.

Thanks Keith, and thank you for the great article! Its generating some great conversations.

Actually something like underground terrorist attacks would destroy the anti-gun crowd …. you’d see alot of the state gun restrictions even repealed …. you don’t turn off the water when the house is on fire ….

same exact thing, but even more so, if this whole domestic situation ever erupts into rioting & looting …. you’d never see a openly anti-gun politician ever elected again – at least not for the next couple of generations ….

I don’t know Rob, Do you think these guys are going to run around dressed like they do in Iraq? Are people just going to start shooting anyone that looks like they are from the Middle East? I don’t think so. Now, I do believe that if we have some horrific event then you will see the public outrage again and we could see higher initial mistrust of people from the Middle East, but our country is so PC that any anger will be short lived I think. It won’t take long for the PC folks, and most others to… Read more »

I’m not talking about going around and shooting people who look like terrorists. This isn’t a movie. Neighbors and parents know who belong in the area and who doesn’t.

This will be horrific, but I think it will eventually backfire on them. We Americans are well-armed and it’s not going to take all that much before we start proactively taking out anyone and anything that looks like a terrorist. Are you going to sit idly by while ignorant terrorists shoot up and bomb our schools? Hell no. They think because we’re tolerant we are soft. We aren’t. They think they’ll be able to do here what they do in 3rd world countries. They’re wrong.

Actually glad that i dont have any children in this country so i wont have to bury them. Rest assured that the American public will NOT wake up and NOTHING will be done!

When it happens it will not only be the fault of the murderous savages but of the public who prefered to live in a pleasant stupor of denial.