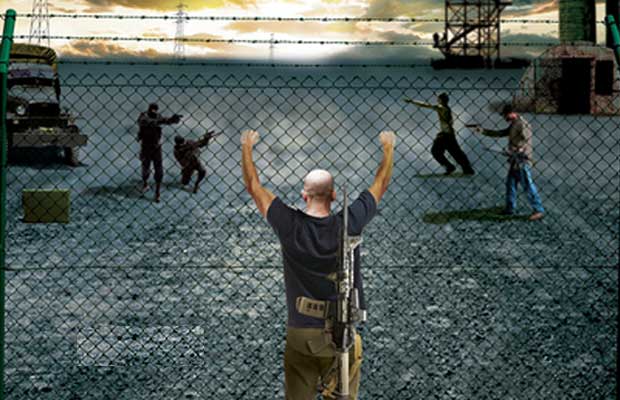 Morgan Carter made it back home to his family in Florida after the collapse in Going Home, the first book in this four part series called “the Survivalist Series” and we now get to see how this story finally ends. Forsaking Home is the last novel I believe in a really great story about Morgan Carter, his family, friends and a few military operators in a post-collapse world. We reviewed the first book in the series, Going Home last December and when I was offered another chance to review the latest in the series I was naturally interested.

Forsaking Home like all the other novels in this series falls squarely into a category I call Prepper fiction. Prepper fiction usually has a few key components; a disaster, a hero and someone they care for, a bad guy and a lot of discussion around how the hero navigates life after the disaster. Prepper fiction for me is incredibly interesting because it provides a narrative around events that I think are possible and highlights how the author envisions certain scenarios playing out. Naturally, I as a blogger who writes about all things Prepping get to distill the author’s story through my own filter and take elements out that make sense, discount items that I feel aren’t realistic and more or less get to watch someone war-game potential disasters under the guise of a good read.

The key element that I think everything else hangs off of is always some form of catastrophe that precipitates a collapse of society. You have to have a big event to put people in these dire circumstances and set up the conflict that our hero has to deal with. In this series, the catastrophe was an EMP. The EMP that disables Morgan’s car is never fully explained although it is alluded that this may not have been something that caught our government completely off guard. Cue the ominous music.

Forsaking Home brings us back to Morgan and his group at the cabins by the river. We learned at the end of the previous book that Morgan and Thad’s traveling buddy Jess who joined them on the first book’s trek through Florida immediately after the collapse is now in a DHS Resettlement (FEMA) camp and Sarge and his buddies plan to change that scenario quickly.

A. American’s characters in these books are very believable and the story moves along nicely. There aren’t any unrealistic scenarios with gun-fights and ninja back-flip moves against overwhelming force. A. American seems to be very interested in sharing his experience in the form of tips and tricks that almost anyone can use if we are faced with a similar situation. There is a larger story that has plenty of action, but interspersed throughout the novels are mini how-tos on everything from making squirrel snares, cooking gators and frogs to fishing. While I love huge gun-fights, they are obviously sensational and Forsaking Home seems to give you just enough action while at the same time relaying information to the Prepper they can file away for later recall. Knowing how to set snares for example could save your life.

There is only one type of incident in the book that some might consider macho and I won’t give it away except to say that Morgan is faced with a threat that must be dealt with. In a society like they have in Forsaking Home, where there is no law enforcement, Morgan’s reaction is quick and violent. If I were in the same scenario, I would have done the same thing. Rather than make a larger spectacle than is needed, A. American deals with the subject quickly and without a lot of posing, preaching or drama and I think that is how it should be.

In conclusion, I enjoyed the entire series and would recommend it to anyone who is interested in Prepper Fiction. The story is wrapped up nicely at the end and for me, the whole read was very satisfying.

I just finished Forsaking Home this evening and I agree with your assessment…the book was AWESOME! Great review and thanks for spreading the word. This is the perfect way for preppers to “entertain themselves” while perhaps learning some new tricks to throw in their mental toolbag.

Thanks for being a part of the tour!

I’ve read the first one and am reading the second one. I look forward to the whole series.