Will You Know How To Build A Coffin? 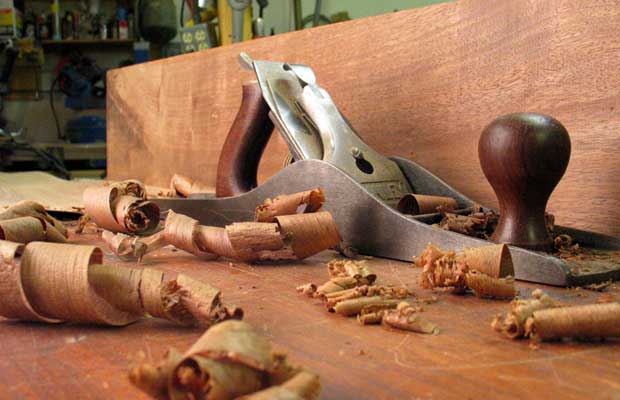 This may be the start of one of the more morbid posts on the Prepper Journal to date but as the title implies, you already know we are talking about death. Death is unavoidable and even though we seem to fight so hard to avoid it for as long as possible, death is natural. It happens to the best of us and it happens to the worst of us. Everyone dies sooner or later and in our culture, when that happens, we are comfortable with the traditional funeral service and ground burial for our dead. I was thinking about this the other day and how coffins or caskets might need to be built by regular people because you may not have a mortuary to go to or thousands of dollars for a shiny stainless steel casket. I believe it was a book I was reading where one of the character’s had a wife and son that were killed. In the book he went out to the shed to build a coffin for each of them. I could imagine the scene and put myself in his place as he struggled to design and build something suitable and appropriate for his family. His love for them was slowly transferred into the final act of burial and in building their bodies’ last home on earth.

Not that I want to ever be someone who has to bury my family, but this book set me to thinking about how burial could become much more personal than it is now should we have some form of collapse. Think about a horrific future where most if not all conveniences are unavailable to us anymore. You might at first think about TV or the internet, maybe those $4 coffee drinks you get or non-stop movies on your satellite system. The usual things we mention are gas shortages, loss of electricity or grocery stores that have been emptied of food. All of that could still happen, but have you thought about how you would care for people, maybe even in your own family that passes away in a life like that?

Getting Personal with Death

I say getting personal because in most of Western Society, we don’t even take care of our elderly or sick anymore. As relatives grow old and begin to need assistance just to get around, we spend even less time with them and put them in a place separate and away from us. Oh, we might sit by their bedside or visit frequently, but largely we have removed ourselves mostly for convenience I think. When our parents become too old or infirm they are sent to an assisted living facility where as long as the money holds out they will live until they die. Many of us simply pay the bills and of course show and genuinely feel compassion and concern on the surface but leave the real duty and responsibility to someone else. We simply don’t have the time in our lives to take care of anyone who needs this much care and attention.

When loved ones pass even if they are young and healthy we take them to a funeral home for care. In this place we select a casket and set the agenda for any service to mark their passing. We choose the songs that will plan, newspapers get the obituary and we show up again when it’s time to lay them in the ground or a mausoleum or collect their ashes. Most of us don’t get more involved than this and I wonder if our convenience, in some states this is the law, hasn’t cheapened our view of death and diminished its importance somewhat.

Just the “simple” act of building a coffin, digging a hole the appropriate size, placing your loved one or the person you are burying into what you just created, giving your last respects, lowering the coffin down and filling the hole again takes hours. The process is real because your own labor and sweat goes into this ceremony. Your muscles are part of the remembrance and the resting spot takes on more importance I would think than a section of hundreds of acres of other tombstones. In this type of world where you are that involved in the ritual of someone’s passing, how could it not be personal? Maybe more importantly, shouldn’t it be that personal?

All these thoughts went through my head and I realized that if needed, I wouldn’t even begin to know how to build a coffin. Would I even have the right amounts of lumber you would need to construct the box? I am sure I could scratch out some plans on a piece of paper and figure out something suitable, but I started looking around the internet. What I found was exactly what I needed or what anyone with the proper hand tools after a collapse and some basic carpentry skills would need to build a coffin themselves.

The plans for how to build a coffin can be found appropriately enough on www.diycoffin.com. If that doesn’t show you once and for all they have a site for everything I don’t know what will. This site also has a downloadable PDF of the actual plans complete with a parts list. Taking the two together you would have all the information you need to build a coffin. You would have to do the work yourself. If that isn’t enough I also ran across this video on YouTube below that shows someone making a wooden coffin which could help you with some of the visuals. If nothing else, I would download the coffin plan PDF and save that for future reference if you ever feel like it may be valuable.

Traditions change for many reasons, and the cost/benefit of continuing is one of them. As the cost of a traditional burial has gone up, the popularity of cremation has risen. According to Wikipedia, “The cremation rate in the United States has been increasing steadily with the national average rate rising from 3.56% in 1960 to 40.62% in 2010 and projections from the Cremation Association of North America forecasting a rate of 44.42% in 2015 and 55.65% in 2025.” I suspect that many of our traditions would transform after SHTF as the cost of everything would go up, either in money… Read more »

Cremation is the way I would want to go personally, but like a fancy funeral service, crematoriums could possibly be hard to find too. Actually, I would like to be set on the top of a large pile of logs, placed on a river and set on fire to go over a large waterfall… But, that isn’t going to happen. Maybe I would just be burned in the backyard? I think mass graves might be necessary for an event like Gettysburg, but what if you don’t have that many dead? What if this is your 93 year old mother or… Read more »

If there are no mass deaths after SHTF, that alone would be a blessing..

I’d treat my family members the way I want to be laid to rest. When I die, I want my body to be disposed of in a way that is not a burden to the family, probably cremation, but if it’s after some disaster, being wrapped in an old blanket and buried in some place unlikely to be disturbed would work for me – the dead can’t be too picky, after all.

Thanks for starting the discussion on this important topic.

My family began a tradition of building wooden coffins for its loved ones starting back in 2007. My brother is a pro at it and someday I hope to be as skilled as he. The personal craftsmanship is so much more appreciated as we visit our loved ones in those final hours before we lay them to rest. We also have a family shovel and take turns in covering up our loved ones. To us it is so much more personal than a mini-excavator covering them up.

What a wonderful tradition Harold. I am sure your family greatly appreciates that!

Um, If you are a prepper and on the move and concerned with survival, is this what you are really going to do? Even if you are stationary would you really use those resources for this? Isn’t that why they put people down in the earth in the old days, just wrapped in cloth? Even that would be a luxury as a prepper.

In certain situations I agree Tim. However, I don’t think we are guaranteed any type of Road Warrior scenario forever. Even if it does go horribly wrong, at some point things will get better or else you will be dead. When it does, people will still die and a traditional burial process is something that I think we could see return.