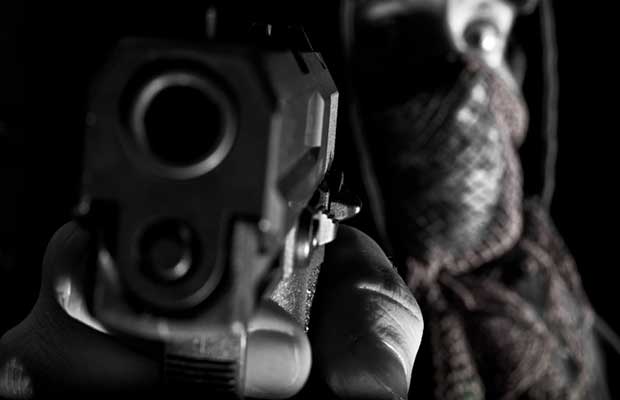 The world of Survival and Prepping Bloggers is pretty diverse. There are those who will say that they are only talking intelligently about preparing and stocking up without any of the fear as if fear somehow makes prepping less relevant. There are those who are on the opposite of the spectrum and almost daily warn of impending doom around every corner.

In our broad sphere of influence, you have Preppers, Survivalists, Homesteaders, Back to the Land types, current and ex-military, Off-Grid, Anti-government, Sustainable living, farmers, militia, and all other points in between. The largest majority in my experience are just regular folks who don’t want to be caught off guard if some emergency happens. Like the Prepper versus Survivalist argument, there are a lot of sides to any one topic. With each of those sides come opinions and you know what they say about opinions.

When it comes to opinions I have more than my fair share and right or wrong they are what guide me on just about every decision. My opinion from time to time has gotten me in trouble with some who read this blog and as long as the conversation stays civil, which I think it always has, that is perfectly fine to me. Now, I would like to think I am wise enough to realize when my opinion is wrong and be mature enough to change my mind. This to me makes perfect sense.

If you learn something that wasn’t known to you before that completely alters your understanding and yet you refuse to change your beliefs out of stubborn pride then you deserve whatever you get. Opinions in my opinion aren’t hard and fast rules. Opinions can change over time.

Speaking of opinions, there are some people in the Prepper community that absolutely abhor guns. They may each have their reasons, but usually they are convinced that a gun is not necessary for protection or survival. I had a reader send me in this question:

Does it even make sense to Prep extensively with intentions of NOT including firearm(s)? Why would someone go through the trouble of stocking up prepping supplies or food just to have it all taken away by somebody with nothing but a gun? I thought this might enlighten some of those who Prep but are dead set against owning a weapon of any kind.

I think this is a great question and there are really only two main opinions when it comes to guns. You either like them or you don’t. Maybe like isn’t the right word. You either appreciate what they are useful at doing or you don’t.

I wanted to try and come up with all the reasons I could think of for why anyone would not want to have guns in a survival situation. I came up with a few reasons, but maybe you have more I didn’t think of.

I am sure there is a myriad of other reasons, but for this article, I’ll start with these. For the sake of argument, I will even say that all of these are valid reasons for not wanting to purchase a weapon for defense.

Getting back to the question; does it make sense to prepare if you aren’t checking the box on firearms? I think this depends greatly on a lot of factors.

What are you Stocking Up for?

Prepping is not something you can ever accomplish. To me, Prepping is a way of living in a way that will keep you as safe and self-sufficient as possible no matter what emergency or crisis comes your way. You could also say that Prepping is about becoming self-sufficient in a way. You could be prepping for an earthquake or a Tornado, a Hurricane, or even a broken down vehicle. Each of these normal events has a relatively short time period, but the devastation from some of these natural phenomena can last years. If you lose your home to a hurricane you might literally not have a home to call your own for over a year.

For these events, safety from others is not normally your focus in the short term, but I can point to virtually any natural disaster and show examples of looting and robbery. Eventually safety does become an issue whenever there is a crisis even if it was caused by Mother Nature.

Others are prepping for man-made events like war, home invasions, economic collapse or riots where the rule of law is out the window. In an event like this it’s every man/woman for their selves. In this type of event safety is no less an issue, but what makes this worse is that you don’t have relief workers spending their summer vacations passing out water. You don’t have power company trucks from other states rolling in. You could very well be alone with no one but your family and neighbors for safety.

Does where do you live make a difference?

Now even if we do have the worst-case scenario, global catastrophe, or plague known to man there will be people who aren’t as affected as others just because of where they live. If you are living in downtown New York, regardless of the issue you will have a lot of other people to contend with. If you live out in the plains of eastern Kansas, I imagine there will be a lot fewer people to deal with and worry about. Does that mean you have nothing to worry about though?

To anyone who has read this blog for any length of time, it is probably painfully clear that I have and advocate the responsible use of firearms by legal adults. Firearms serve a purpose for me and that is almost singularly around the protection of my family. I have weapons that are solely for hunting but in a pinch, they can be used for defense too. I live in what I would call a small town. Not one stoplight small, but small enough I think. We do not have the same problems as those in New York, but we certainly don’t have the breathing room that they do in Kansas either.

As I have said on multiple occasions, I believe that a means of defending yourself is one of the key items you need to account for if you are prepping for almost anything. Your very life could depend on the choices you make or the situations you find yourself in and in my opinion, planning to survive without considering the dark side of humanity is a failure to plan for one of the most likely scenarios.

Is purchasing a gun your only option? No, I guess you could have a baseball bat, or a cross-bow or a hockey stick. You have to ask yourself, how well protected will you feel with your choice? I don’t want to look into the eyes of someone intent on killing me as I grip a golf club. I want to have the most effective means I can purchase for defending my family and our home.

I have settled on firearms because to me that makes the most sense. If you are stocking up and planning to survive a catastrophe, but don’t expect the darker side of humanity to ever be a threat to you or your family I would urge you to reconsider. For me having a gun and never needing to use it would be far superior to not having a gun and losing my family to someone who did.

Does simply having a gun guarantee the bad guys won’t come knocking? Hardly. Does me having a rifle mean I will be able to defend my home against any and all threats? No, but it does give me a fighting chance at surviving and protecting my family. Isn’t that what you are prepping for after all?

This is an excellent discussion. I think that those folks who don’t or won’t use/keep a firearm for Survival purposes, don’t understand what the overall purpose of the firearm is. They have been bombarded with the media reporting of all the horrendous murders and crime that has been committed with firearms. If there was proper education and training then a better understanding could be reached. As for myself, as a Veteran and a “Prepper” I will use my firearm to protect my self and family.

I think a lot of people put human characteristics onto these firearms and call them evil. The only thing evil would be the people who wanted to use these tools to kill innocents.

What I don’t get is how some folks think a gun covers the entire spectrum of self defense.Well what about awareness, hand to hand combat, staying calm in the face of a threat, not being at the wrong place at the wrong time,being able to verbally de-escalate situations?I put equal value on those things. Sure I have guns, but I also spend 2-3 hours a week at my dojo. I read books on psychology. I think if you rightfully afraid in a situation you need as many tools and training as possible. Granted my philosophy is not an absolute guarantee,… Read more »

Charles, I agree with you and this article didn’t mean to imply that I was of the opinion that a gun is the answer to all your problems. Having increased awareness and the ability to fight off an attacker are extremely valuable skills in a lot of scenarios. Knowing martial arts, practicing courtesy and being aware can only take you so far though. If you are being attacked with a gun, then a gun is the best offense I think all things being equal. Certainly in a situation like that it would be better prepared to have an appropriate level… Read more »

That’s a tough call Pat because yes sometimes we do need a gun. Yet so many outcomes are possible. To me it depends on how close they are to me and my gut letting me know if this is for real(Attunement). For that I’d recomend reading Trailsafe or The Gift of Fear. I’d also recomend Games People Play to try and get into their head. For me what is most important is to clearly percieve what is going down then pick the right tool for the job. I keep a hickory stickball bat by my nightstand as well as my… Read more »

Great advice Charles and I agree that you have to be smart in the situation and moderate your actions based upon the facts you have to deal with. A gun is just one more tool that you can use if the situation demands. Ideally, you wouldn’t get to that point and the methods you describe (thanks for the book suggestions) will hopefully prevent things escalating to a point where a firearm is necessary.

In some countries, owning a legally registered firearm is not an option, as laws prevent it. So the only other option is either illegal gun ownership, or crossbows, air guns etc. Not ideal but next best choice.