Seven Chinese Herbal Remedies for your Bug Out Bag 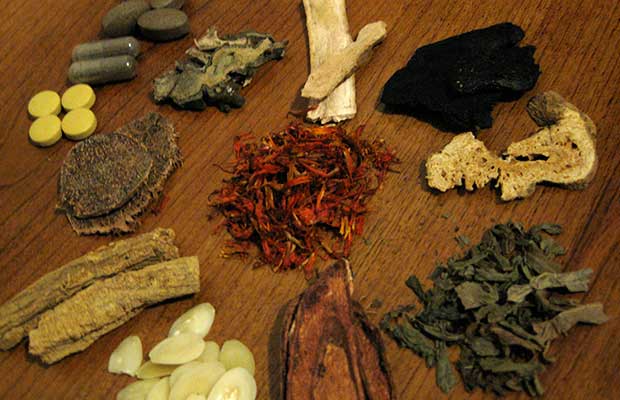 What do climate change, an asteroid attack, and a pathogenic pandemic have in common? Aside from each having it’s place within at least one dooms day movie, they are also the first three on a list of nine ways the world could actually end provided by CBN. The list goes on to include fatal fungus, an engineered disease, nuclear war, a robot takeover, and overpopulation. While all of these events are possibilities, many scientists believe that number nine on the list, a snowball effect, is most plausible. If two or three of these things happen in accordance with each other, the effects would be devastating. And that is why being prepared is of the utmost importance.

A Basic Bug Out Bag

In the event of any of these situations perhaps the most important item you will want to have with you is a Bug Out Bag. In case you don’t know what this is, think of it as a large backpack full of everything you might possibly need in a survival situation. While what you pack depends entirely on your own personal needs, there are some essentials that should be in every bag.

Bug Out Bag Academy provides a list of 75 items fitting into these categories that can help in building a basic bag; however there is one area where this list is lacking, and that is in medicinal supplies. Having weapons, shelter and food won’t do you much good if you get sick and have no way to treat illness. While there are many modern medicines that can be of aid, there are also ancient Chinese Herbal remedies that can come in handy.

A Brief History of Chinese Medicine

The Chinese began studying natural remedies, as early as the 2 century B.C.E. and by the 12th century A.D. they were experts in everything from acupuncture to herbology. As the years have gone by Chinese scholars have continued to improve upon these ancient methods, bringing us what is today known as Chinese Medicine. This time-tested practice is perfect for a dooms day situation because it focuses on using natural ingredients that can be more easily obtained than western medicine should disaster strike. According to The Prepper Journal there are seven essential Chinese remedies you should include in your doomsday first aid kit.

Giant Hyssop – Commonly found in pill form, this herb is a fantastic remedy for any stomach ailment. It can help relieve diarrhea, vomiting, and abdominal pain. In some cases it has also been used to treat headaches and heat stroke.

White and Red Flower Oils – These two herbal concoctions are useful in soothing a wide range of aches and pains. White flower oil is traditional seen in a balm form, made up of wintergreen, eucalyptus, menthol, peppermint, camphor, and lavender. Its soothing smell helps relieve headache pain and clear the sinuses. Red flower oil consists of menthol and camphor oils and can help ease the pain of arthritis, sore muscles, and seasonal aches and pains.

Jujube Seeds – These seeds come from the delectable jujube fruit, a historically valuable medicinal source as well as a loved part of traditional Chinese cuisine. They can be purchased at any store that specializes in traditional Chinese remedies. When ground into a fine powder over a heat source they are a fantastic cure for insomnia. Already prepared powder can be purchased as well.

Loquat Syrup – This herbal remedy comes in the form of a thick ointment made up of an array of ingredients including apricot seed extract, loquat leaf, licorice root, honey, and white olives. It is commonly used to sooth a sore throat resulting from a cough, cold, or bronchitis. This remedy is especially valuable because it is considered to be safe for children.

Ching Wan Hung – This red ointment is made of a variety of herbs, including myrrh, lobelia, frankincense, dong quai, quince fruit, beeswax, and sesame oil. It is commonly used to treat skin irritation resulting from first, second, and third degree burns, rashes, bedsores, poison ivy, poison oak, and sunburns. Its distinctive color can stain clothing, so it is important to keep the treated area covered with gauze or some other barrier that is changed daily.

Yunnan Baiyao – Sometimes known as Yunnan paiyao, this powdered herbal combination is fantastic to help stop bleeding and encourage immediate healing. It can also be combined with a small amount of alcohol to treat bruises. The various companies that make this remedy guard their recipes faithfully, however this concoction is known to contain Chinese yam and ginseng.

These seven basic herbal remedies store longer than modern medicine, and are often easier to come by than their western counterparts. They can all be ordered through Solstice Medicine Company along with many other traditional Chinese supplements, remedies and medicines. By including them in your But Out Bag you will ensure that you are prepared for most any first aid situations that may arise.

Lauren Hill is a writer, wife, mother and avid gardener. She enjoys researching and writing on the newest prepping topics.