The Effects of Sleep Deprivation 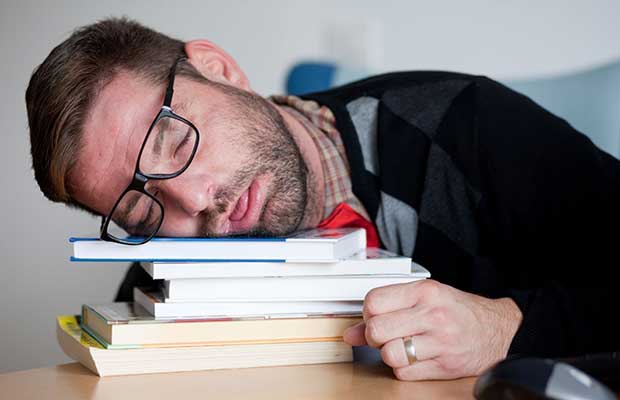 Many Preppers are simply individuals or families preparing for SHTF, while others may be organized into groups, conducting extensive training exercises. Unfortunately, while preparedness activitiers are typically focused on food storage or “bug out” locations, we often miss implementing real-world scenarios and “play like you practice” training.

Specifically, while FM 6-22.5 acknowledges that anything less than 7 – 8 hours of sleep per 24-hour period will result in at least some loss of performance, there is actually “no minimum sleep period,” particularly for troops engaged in manual or physical duties.

FM 6-22.5 and other authorities recommend that sleep considerations for commanders is actually of higher priority than that for troops because commanders are in a “decision-making” capacity where their decisions could affect unit survivability.

A wealth of scientific research shows that sleep deprivation can be an integral part of any training evolution as it helps prepare members for later stressful conditions during actual operations, helps “weed out” those who may later exhibit psycho-social disorders, and can help to later reduce both physical and mental stress casualties during actual operations.

In the case of SHTF, your family or Prepper group would almost certainly be under extremely stressful conditions, when the general public is at its weakest and most vulnerable.

When human beings are placed in stressful situations, they will always revert back to what they have practiced the most. Any sports coach or military trainer worth his or her salt will tell you that you will always “play like you practice,” meaning that if you practice sloppy, you will perform sloppy. According to Peter Palmero a sleep expert at Top Mattresses – you need proper sleep amount. We explained the lack of sleep study below.

When it comes to groups and teams that may be called upon to perform under stressful conditions, nothing is more important than realistic training… including sleep deprivation.

In his studies of “lack of sleep” among trainees at the Naval Training Center (NTC) in San Diego and Army Ranger candidates at Ft. Benning, COL Gregory Belenky – Director of Neuropsychiatry at Walter Reed Army Institute of Research – finds that sleep deprivation clearly degrades complex cognitive performance – like word fluency and decision making in rapidly changing circumstances – which declines by 25% for every successive 24 hours one is awake. Conversely, physical strength and endurance are virtually unaffected.

Belenky notes that during their 58-day training, Ranger candidates average between 3.2 and 3.6 hours of sleep in a typical 24-period, with much of the sleep coming in brief and fragmented “naps.” His studies at the Naval Training Center showed that personnel at the squad and crew level averaged 7-8 hours of sleep per night, while battalion- and brigade-level personnel averaged only 4 hours of sleep.

Over the course of Naval Training Center training evolutions, he noticed that junior personnel improved their performance, while the performance of higher echelon personnel diminished. He attributed this to findings which show that “thinking” is more greatly affected by sleep deprivation than simple, physical tasks.

What this strongly suggests is that trainees involved in simple, physical tasks will not be adversely affected by sleep deprivation, but sleep does become important when recruits/candidates must absorb important, academic information. Therefore, a delicate balance should be reached allowing adequate sleep during academic challenges with the application of sleep deprivation during physical, field operations.

Belenky references the term “droning,” referring to sleep-deprived Ranger candidates who could “put one foot in front of the other and respond if challenged, but have difficulty grasping their situation or acting on their own initiative.”

He found that sufferers of sleep deprivation experience a reduction in speed, but accuracy was relatively preserved. In essence, even when sleep deprived, a soldier could still shoot accurately, but have difficulty figuring out where he is on the battlefield.

Sleep deprivation can cause changes in alertness, mood, motivation and initiative, and in a very recent study of Army recruits at Ft. Jackson, S.C., it was found that physical fitness is important not only for typical physical performance, but to reduce the effects of sleep deprivation during actual deployment in a stressful environment.

BENEFITS OF SLEEP DEPRIVATION IN TRAINING

In order to survive in emergency situations, we must be able to react and perform. For Preppers, this should involve real-world training that is challenging and stressful. We have seen time and again that even homeland emergency situations require responders to perform at heightened levels for hours – and even days – at a time. Pre-exposure to those levels of intensity is paramount.

In emergency situations, performance is enhanced when responders acquire “instinctive reactions” – what military trainers would call “muscle memory.” This is acquired only from intense, repetitive training.

Don Stevenson is a former member of the Australian Army and current fitness consultant specializing in fitness solutions for law enforcement and the military. He insists that sleep deprivation is an integral part of military and emergency responder training.

As Belenky’s studies found that “mood” is adversely affected by sleep deprivation, Stevenson insists that, “personality conflicts and morale problems will be multiplied by fatigue as troops become short tempered.” This can be a useful tool during initial (basic) training as commanders are able to “weed out” candidates and recruits with psychiatric and/or psychological problems who might later become liabilities for the unit.

Other studies show that sleep deprivation and a “willingness to endure hardship” is an integral part of training as it helps trainers identify those individuals who might not be able to cope with stressful conditions.

While FM 6-22.5 directs that the “ideal sleep period is 7 to 8 hours of continuous and uninterrupted sleep each night,” and that anything less “will result in some loss of performance degradation,” it acknowledges that “there is no minimum sleep period.”

Being exposed to sleep deprivation during initial training helps military and emergency responder recruits and candidates learn to recognize the effects of sleep deprivation on themselves and their battle buddies. Even at the troop level, commanders are able to ensure the placement of personnel who are able to recognize the effects of lack of sleep and troops learn to help each other work through it, and how to perform in stressful situations.

FM 6-22.5 advises that the best way to evaluate a trainee’s sleep situation is to observe his or her behavior, and lists indications of sleep loss including increased errors in decision making, irritability, bloodshot eyes, difficulty understanding information, attention lapses, decreased initiative/motivation and decreased attention to personal hygiene.

It is important to expose fellow Prepper trainees to sleep deprivation as long as it is in a supervised training environment. This allows both commanders and trainees to understand how sleep affects performance and how to address many of the problems that come along with the fatigue in a stressful environment. As Stevenson suggests, “the better educated your troops are the more likely they are to continue performing when fatigued.”

For actual operations outside of the training environment, Stevenson gives helpful hints for commanders when faced with sleep deprived troops.

2. Give simple directions and limit tasks.

3. Repeat orders and check for comprehension. Have them repeat it back to you.

4. Use a buddy system. Pair up personnel, to keep an eye on each other. No standing post alone!

Perhaps surprising to many, FM 6-22.5 recommends that commanders be placed more prominent in the hierarchy of sleep needs. As adequate sleep is necessary for speed and accuracy in decision making, commanders should receive “top priority” as leaders who are responsible for making decisions critical to mission success, troop safety and unit survival. This can be a difficult one for some commanders as they feel like they should be “as tough as” their troops. Such thinking is outdated and dangerous.

Persons on guard duty, performing tedious tasks, monitoring equipment or cadre evaluating trainees should be given second priority. Last on the scale are those performing physical work, which would include trainees (as long as they are not receiving “academic” instruction).

Stevenson recommends the following sleep requirements for prolonged combat effectiveness. (Note that physical tasks do not require the same sleep as mental tasks).

Up to three days = no sleep required

Up to six days = 1.5 hours of sleep required

Up to nine days = 3 hours of sleep required

Up to one day = no sleep required

Up to 3 days = 3 hours of sleep required

In the case of SHTF, sleep deprivation should not necessarily be something that members wantonly accept, but rather deal with as they would deal with other logistical considerations.

While less than 7-8 hours of sleep within a 24-hour period affects higher-order mental abilities and situational awareness, sleep deprivation should not necessarily be a factor in basic training environments, unless training evolutions involve the retention of important knowledge. Simple, psychomotor activities – like hiking or gathering firewood – fit well even in a sleep deprived environment.

There does seem to be some debate as to whether or not brief, fragmented “naps” help to mitigate sleep deprivation in an operational environment. But most agree that the “quality” of sleep is what is important. This firmly holds true the old military adage “never stand when you can sit, never sit when you can lie down.” Even a 20-minute high-quality nap can be beneficial to performance.

Above all else, when it comes to sleep deprivation, “lead from the front” does not apply. Commanders should not allow themselves to become victims of their own training. In both real-world and training environments, commanders, cadre and evaluators need more sleep than those in actual training or those performing physical tasks.

Keith Pounds is a former hospital corpsman (medic) having served in the U.S. Navy and with the Marines. He holds an MBA with a concentration in organizational psychology and is the president and CEO of Countercon, a Columbia, S.C.-based counterterrorism consulting company. In 2012, he was designated as an Honorary Green Beret by the S.C. Chapter of the Special Forces Association.

I have a question: Is it possible for someone to “adapt” to sleep deprivation? I’ve been involved in the transportation industry for over 20 years. As an over-the-road truck driver, my work/sleep schedule is anything but ideal. While getting adequate sleep is easier now than in the past, any thought of getting the recommended 7-9 hrs of restful sleep each night (or day) is little more than wishful thinking. I’ve been getting by on an average of 5-7 hours of sleep per 24 hour period for years, and it’s become easier to deal with than it was initially. When my… Read more »

Good question Larry and I will have to ask Keith to reply to that one. I keep waiting for some ability like that myself as I get older. Seems like I need more sleep now than I did in my 20’s, not less.

Thanks, Pat. I have a lot of experience that verifies the reduced mental faculty after 24+ continuous hours w/out sleep.

Otherwise, it seems that I take after my grandfather. A farmer, he seldom slept through the night but he almost always took a 30 min. “power nap” after lunch.

Larry.. the real world answer is No. Your 20 years of sleep deprivation sucks the health from you..Your ability to endure should not be construed as anything but that.. An exercise in personal will… I routinely was ordered to keep my men at alert levels which would put them in serious sleep deprived states.. The argument of course.. I needed my beauty sleep to think.. They did not. Having been one of them before I knew the argument was bullshit.. Men need their minds clear for all duties not just those requiring higher level mental functions. Because I ignored orders… Read more »