Russian Special Forces Training – Is Your Xbox This Intense? 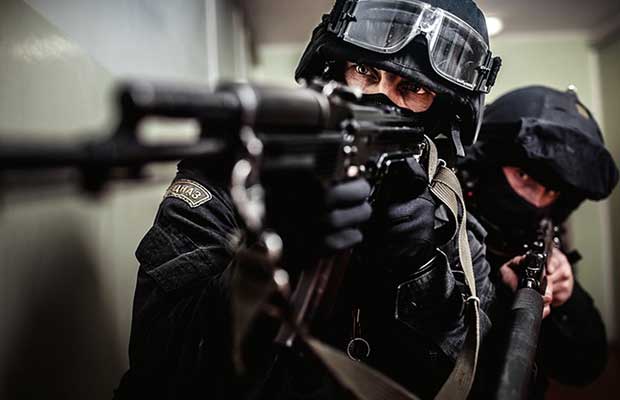 You are not Rambo. You are not a Navy Seal and you are most certainly not in the Russian Special Forces. Most of you have never even been in the military, seen combat or even fired a shot in anger. You have no idea of the kind of hell that a total grid-down, societal collapse type of world will be like, but you don’t care – you are hoping for it hurry up and get here anyway. For you the closest you have been to combat is Call of Duty, the closest you have been to real action is shooting zombie targets at the range on the weekend and the only training you have done has been in your mind. If this is you I have a word of caution and that is you better start taking this seriously.

I won’t go into any of the numerous signs that a rocky future is heading our way because that isn’t what this article is about. If you don’t have a sense that we are on a dangerous path, this article won’t convince you otherwise. This article is only meant to get you to do one thing, practice.

There are a lot of arm chair preppers and survivalists out there. It is fairly easy to buy a weapon assuming you have a clean background and are willing to jump through the necessary hoops that the law has seen to put in front of you wherever you live. It is far easier to talk a big game, buy some ammo and a really nice knife, the ultimate in tactical gear. Without practice, none of that equipment matters and that gear and those weapons you spent a few paychecks on could easily be taken from your cold dead hands by people who haven’t been slamming others in the comments of blogs, who haven’t been writing Molon Labe on everything they can think of. Your supplies, your money, your family, your very life can be taken by someone who did the one thing you didn’t do and that was practice.

We talk about what I think is a pretty diverse set of topics on the Prepper Journal from homeopathic treatments for ailments that don’t involve traditional medicine, to organic methods of gardening and raising livestock to weapons and tactics. All of these topics when done responsibly can improve your life while there is no emergency. While there is no societal collapse, you can use this information on the Prepper Journal blog to make changes to your world so that you are better prepared if anything does happen. Once a disaster strikes, supplies are only so good. That survival seed bank is great if you already have a garden, but if you haven’t even bothered to scratch the ground what good will it do you when your family is starving? The firearms you have are excellent tools, but they are meant for one thing and that is to kill someone. If you don’t know how to use them, chances are you won’t kill anyone – you will get yourself killed.

Just like with gardening, you should be learning now how to use your firearms because you don’t want to try and figure out what you are doing when people are shooting at you. The video below is from Vikers Tactical and it is what prompted this post because it shows Russian Special Forces training simulations taken to a level that most everyone reading this will never see, but should. This training is purportedly done by Russian Special forces and I don’t have any reason not to believe it is genuine. If you watch the training, what they are doing is not unlike what I would expect an actual live fire scenario to look like but they are doing this now, like we should be when the paper targets aren’t firing back. This firearms training is highly complex, risky and to be honest, brilliant in my opinion. It doesn’t matter to me how great you are at shooting a 1 MOA group when the range is quiet and you can take your time sighting your pistol. Try doing what these guys are doing (responsibly and only by trained individuals of course) and have the stress and commotion that I am sure would be part of any real firefight and you will have an extreme advantage over anyone you encounter in that same situation.

For full disclosure – I have said before that I have prior military service, but was never in combat. It is not like I have done any training like this either so you may say that I too am one of those arm chair preppers I was calling out above. The point I am trying to make is that training like this will make you better prepared than sitting around playing Halo or Call of Duty. It might cost more, but it will do more for your survival chances than that stupid game controller will. Have I ever been in a situation like this? No, but I can understand its value and more importantly, I don’t think that just because I have some weapons that all of a sudden I could have the lead role in the next Act of Valor movie. I don’t believe that I am as well trained as these men are and I want to do what I can to catch up now before I am wishing I did. Will all of us be able to train like any special forces at all? Maybe not, but that should be even more motivation to train as hard as you can now and become as proficient as possible while we have the leisure of time.

We should all try to train more this year and I am no exception. We should train in ways that are uncomfortable and that get us better prepared for real life. Just like that garden, you can’t expect to win a gun fight without getting dirty and breaking a sweat first.

Great post. I would suggest to readers to look into shooting schools. I would also suggest competition such as IDPA or USPSA. Yes shooting can get expensive but worth proper training .

Thanks WG! Tactical firearms training is definitely on my list this year.

where are scanned documents windows 10

Have to look the best process here for easily find the any documents to just type the name of file and get the access to all setting of searching menu forever so thanks for the nice update.