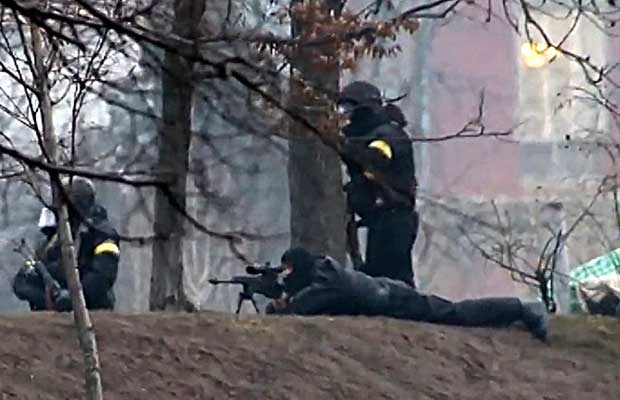 If you are like my wife, you asked, what if I get shot in the head? It is true that body armor only works if you get shot in the area that the armor is protecting, but not getting any armor could be a mistake or at least something you regret if society starts to crumble around the edges as it has done in other places, most recently in the Ukraine where massive protest have allegedly devolved into instances where the government forces designed to protect the country are now shooting at the demonstrators. Can you imagine if that happened here at a protest? That same body armor that your tax dollars paid to purchase for our soldiers could be something that could save your life too.

I think there are two camps when it comes to body armor. There are those who buy the more substantial metal plates like the kind sold by one of our advertisers Infidel Body Armor. These metal plates are designed to take high powered rifle cartridges multiple times. This armor is designed to protect people that are going to war or at the very least expect to be shot at by something more than a .22. Armor like this requires plate carriers which conveniently carry other gear that could be used in a conflict. You can even see some of the protestors in the Ukraine wearing equipment like this. If government forces are shooting at them, it would make perfect sense to me to have that level of protection.

The other side of this is soft body armor and this is more concealable and lighter. This has a similar purpose of protecting you from bullet or stab wounds, but the application isn’t as hard core. Soft body armor like the kind from Safeguard Clothing is designed to be worn under clothing or a light jacket and protects you from other threats that the average person could face. I asked Safeguard for some ideas on reasons a civilian should consider buying body armor and this is the list they provided. 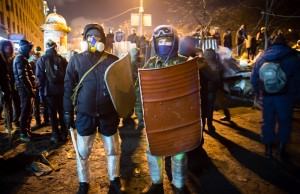 You need to protect yourself at all times, but there are ten major reasons to consider buying body armor. If you take the time to protect yourself before anything major happens in your life. The following list will provide you with the information you need to make an informed decision about how protected you could be.

If you live in a dangerous neighborhood, you could be putting your life at risk every time you step out of your house. Someone may attempt to rob you while you are going to and from your car. It can be a great way to protect yourself and not have to worry about anyone knowing that you are wearing the body armor at all.

2 – Taking Money to the Bank

If you have a job that requires you to deposit money in the bank for a business, you want to be sure that you are safe and protected. The vests are lightweight so that you can easily move around while wearing it, but ensure that even if someone were to try to take the money from you that your chances of survival after a shot will be high.

3 – Receiving Threats from an Ex

When an ex feels as though they have been hurt, they may act out in a crazy way. The body armor will protect you, if he or she attempts to shoot you out of anger.

If an intruder breaks into your home, the body armor will protect you, if they attempt to shoot you. It will also help you to have the confidence that you need to be able to get to your phone and call the police.

If you work as an officer or even as a teacher at a school, body armor may be an investment you want to make. In the past, there have been many teachers that have been killed while on the job by individuals attacking the school. No students will be able to tell that you are wearing the vest during your workday.

Working at a bank can be dangerous. The body armor is not illegal for you to wear to work and will not be detectable by a potential bank robber.

7 – Work Late at a Restaurant or Business

The body armor can be essential when you are working late at night as that is when most robberies occur. The vest will better your chances of being able to make it through the ordeal.

If you work as a delivery driver, body armor can help protect you, while you are making your deliveries. There are people who get desperate and may try to take the items that you are trying to deliver.

If you work at a courthouse, you may have to deal with people that are not happy with the sentences that they received. If someone decides to attack the courthouse, you will be glad that you invested in body armor.

The post office can be very stressful and there are times when someone may snap. When this happens, it can cause them to go on a rampage and wearing the body armor will increase your chances of walking out of the post office alive after a rampage occurs.

Do all or any of these hypotheticals apply to you? Maybe, or maybe not. Should you purchase body armor if you live out in the middle of the forest and nobody comes around? Do you have the other bases covered first like food, water, shelter and personal defense? Buying body armor makes perfect sense to me as long as you have all of the other bases covered. Do I believe a situation like the Ukraine is possible here? Absolutely I do, but I don’t know if I would be joining the rioters in that enclosed square. That doesn’t mean I don’t see the value in having body armor in case you need it. Something to think about, you know the people in the Ukraine are.

I recently purchased a complete Military IBA (Individual Body Armor). I found it on Craigslist.org. An Ex-soldier was selling it. Normally this armor would cost over $1800. I got it for $350. The great thing about Military body armor is that is modular. there are 6 large pieces of “soft” armor (1 Back, 2 sides, 2 fronts and 1 groin guard – mine came with two groin guards) that protect against small arms fire. There are also 4 plates of optional hard armor that protect against rifle rounds as powerful as an AK47 (1 front, 1 back and 2 sides).… Read more »

Thanks for the comments Jim!

I completely agree with your reasoning (very similar to mine) but I didn’t buy MilSurplus armor. I see them every time I go to the gun show, but haven’t pulled the trigger on those yet. I do have a set of hard plates from Infidel and a set of Soft body armor from SafeGuard and plan to have my wife and myself outfitted minimally if anything goes south. The kids are a much harder consideration but we have to start somewhere.

Stay tuned for a Body Armor giveaway on the Prepper Journal!

That “7.62” refers to 7.62 NATO, which is substantially more powerful than what comes out of an AK-47. What you have is referred to as Level III armor.

I could use some body armor! I can’t buy it new. I am on the hit list because I am an advocate of protecting the 2nd amendment and I am a vet.

Thanks for your comments Ron! As luck would have it we are going to be announcing something this week most likely that could answer that need you have…

One reason left out of this article is the potential to be MURDERED by a police officer. I don’t know if you people have been paying attention to this type of news lately, but America has turned into a police state whereas un-armed citizens are getting executed by police without provocation. Example: A teenager answered a knock at the door whilst playing his video game and had the video controller in his hand and was shot dead by the police immediately opening the door in the state of Georgia. This is but one of hundreds of examples of this type… Read more »