Prepping is the Only Investment that Never Fails 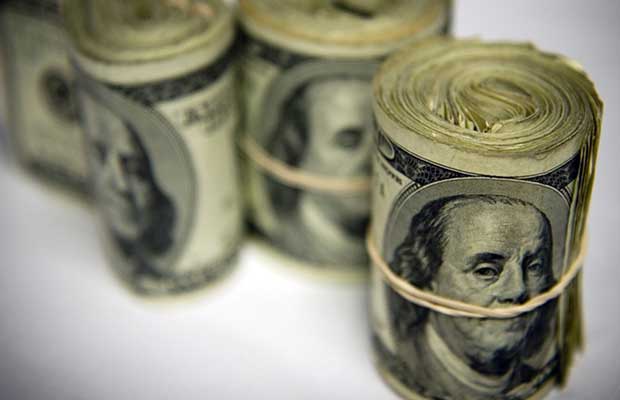 I wrote an article a few days ago titled Pray for the Best but Prepare for the Worst and in it, I asked a question of the reader. The question was about how you view prepping. One of the possible suggestions was that you may look at prepping as some type of insurance policy. One of our readers, Larry had this to say:

“I like the idea of looking at prepping as a kind of self-insurance policy. It’s the best kind of insurance; even if you never need it you still have something to show for all of the “premiums” paid over the years.”

I thought that was a great conclusion and I agreed completely. Larry took my hypothetical to its logical conclusion and he is totally correct in that this insurance (prepping) actually gives you something even if you never have to use it. With traditional car or home insurance you pay money for peace of mind; for the off chance that something may go wrong. If nothing goes bad, your money or investment is gone isn’t it? You may pay for car insurance for years without ever using it and for those of us who haven’t been in a wreck, how many years of insurance payments have you made? I know that in the entire time my wife and I have been married we have never claimed anything on the car insurance. Part of me says, what could I have done with all that money but still I have and see the wisdom in insurance. I do agree it is smart and something we need to do for those just in case times.

I know there are some who may say, well you can get a Whole Life policy and if you want, you can get your money back at maturity. Others will say what if something would have happened to your cars or home – you would have appreciated that insurance then, right? Fair enough, but the point I am trying to get to is that some people (maybe your spouse?) look at prepping as a giant money pit and that this stuff we are purchasing, or storing up could be worthless if nothing bad ever happens. Why buy any supplies on the slim chance that you will need them? To me prepping is so much more than a simple insurance policy for disaster. It is an investment for your family. I believe that if you do this right, prepping could be the only investment that never fails on you and always pays dividends.

You Need To Diversify

Most of you will remember Y2K and the noise that we heard for years leading up to that time in our lives. As a brief recap, there was a general consensus from “the experts” that at the stroke of midnight on December 31st, 1999, the computers all over the world would flip to 2000 and not know what to do because the year would be 00. This would confuse them so much because they would think it was 1900 or 1400, not 2000 and everything would cease to work. Planes would fall from the sky and power plants would shut down. Cats and Dogs would be living together and mass Anarchy would ensue. By now you all know what happened when the clock struck midnight.

I remember the run-up to that New Year because of all the buzz that we had been subjected to for years about that date and the potential for pandemonium. Also, because I grew up listening to Prince’s ‘1999’ and felt that it was my duty to send this year out with a bang. I wondered what type of epic party we should have to commemorate the end of the millennium and pay homage to this anthem of my youth.

The evening of December 31st rolled around and we had invited some friends over. I didn’t buy into the hype of Y2K too much but since I was the responsible father and husband (and thus I didn’t really party at all like Prince was telling me to) I had some candles, canned food, and a few gallons of water stored. With our survival supplies safely tucked away in the cabinets of our laundry room, we watched the countdown.

As the ball dropped in Times Square I was glued to the TV waiting for the end of the world to happen. I expected the TV to flick off, the power go out and the street lights to stop shining on our street. Instead, the ball hit the bottom, everyone yelled Happy New Year and I kissed my wife.

I was a little disappointed.

Not at only being able to kiss my wife, but the hype we had been hearing about for years turned out to be largely unwarranted it seemed. Nothing at all happened and while that is a good thing, there were people who had seriously worried about this event. They had purchased all of the survival weapons they needed, backup generators, and months’ worth of food. Most of the same things that I recommend more or less on the Prepper Journal. The problem was they purchased everything for a specific event and when that event didn’t materialize the way they expected, some of these preppers felt like fools.

Since that time, I have heard from more than one person who got their start in prepping by finding someone who was selling all of their Y2K purchased supplies cheaply on Craigslist. Since the world didn’t end, why would they need a generator anymore? If the computers didn’t think we were all still in the 1900s why would they need all that survival food? Forget the garden; grocery stores are still open so why bother?

You have to have a long-term investment strategy

I want as many people as possible to be prepared and that is the main purpose of the Prepper Journal blog. There are reasons that people find our site and get into what I like to call the lifestyle of Prepping because I for one don’t think you should plan for any single event. Prepping for me is a way of living for all manner of circumstances. You don’t have to have the world end on you to need some preparations and the computers don’t have to stop working for you to experience an emergency.

Preparing for a single event does two things in my opinion. First, it blinds you to other possibilities and narrows your focus when you should be expanding it. I really like the TV show Doomsday Preppers even though it has a lot of flaws. I like this show because I get ideas from the people and situations portrayed, but I don’t agree with how they showcase a lot of these people. I think that in an ideal world each of these preppers should have someone there to tell them if they are doing anything that is going to reflect poorly on them. Can’t anyone stop them from making those mistakes? I digress… Each prepper that is shown is preparing for something. The “event” usually falls into one of several buckets (economic collapse, nuclear war, natural disasters on steroids caused by global warming, pandemic) and all of their preps seem to be geared toward surviving these specific events.

What if none of those things ever happen? Will you or their families look at all of these efforts as a waste of time? Remember the last event that was supposed to wipe out the world? 2012 was the new Y2K. The Mayan calendar ended at the year 2012 and so the world was supposed to end also, but just like Y2K, nothing happened. The people who planned for this event and told their friends and family about this event appear to have egg on their faces right? Now all the supplies they bought are worthless because the world didn’t end. I don’t agree at all but to counter this I think you have to look at prepping differently.

This highlights the second problem with prepping for a single event. If that event doesn’t happen you give yourself the chance to feel like you failed, or that you overreacted and others will have a way to say you were wrong. Unless you have really thick skin, this can get almost anyone down and demoralize you when that shouldn’t be the case at all if you are prepping.

I have said it before on the Prepper Journal that I am not prepping for any one specific thing. I am prepping for anything. It doesn’t matter what happens (or doesn’t) my preps are geared to keep my family alive and safe. If nothing ever happens, the primary preps I have made are still valuable and my investments in time and money aren’t wasted.

All of the food we have purchased can be eaten and is eaten so that it is rotated. The worst-case scenario is that we have to eat some freeze-dried food for dinner. Our water, even if we never run out can still go into our garden to grow the crops we eat or to hydrate our animals. Our firearms that have been purchased will almost never lose value and can be sold if I so choose but most likely will still be used to hunt with each year and provide protection for my family. The backup power is always available for camping or social events and the outdoor gear is perfect for guess what? Getting outdoors. It’s the same with extra medicine, first aid supplies, tarps, duct tape, tools, and vehicle survival kits.

I can’t think of anything except maybe a gas mask that would not have a use in the real world regardless of whether we ever see a disaster or not. All of our supplies have multiple uses and I will not feel like a failure if nothing ever happens. I won’t be disappointed if our economy doesn’t collapse. I will not feel like I wasted money if the zombies never show up on our street.

Prepping is something I do to invest in the security and safety of my family. Prepping is what I do to enable our family to be more self-reliant and that will never be a bad strategy in my opinion.