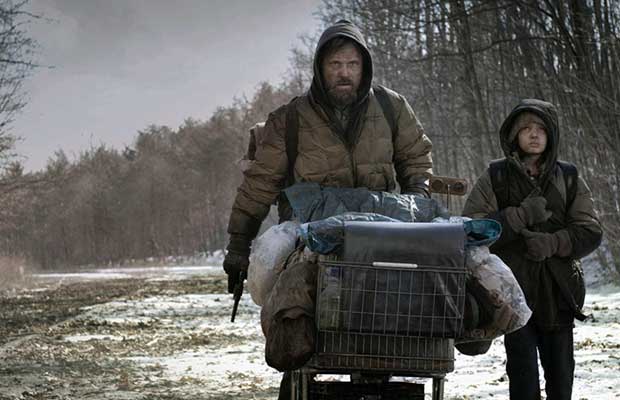 I love a good movie and when that movie makes me think it’s even better. One of my favorite movie genres is survival movies. I really enjoy seeing how others envision and then react to survival situations. Yes, there is an element of disbelief you have to suspend in some cases, but if you are looking for it, the best survival movies can teach you things.

Even if the situation the actors are placed in is somewhat dubious, like a zombie invasion in the Walking Dead, when done right you see how the actors deal with topics we discuss all the time on the Prepper Journal. They have to find and sometimes fight for food and resources to survive. Some prepper movies go into the prepping plans that one or more group has made and the problems they run into when those plans fall apart.

The 50 best survival movies (actually over 60 now) allow you to see some of the very situations you have been preparing for in a visual, emotional way. For me, it gets my brain into a mode of imagining what I would do if I were in the same predicament the survival movie is presenting. How would I act, feel, behave, and does that differ from the person on the screen?

Most of the movies about survivalists are pure escapism, some movies are even a little campy but the list below of the 50 best survival movies gives you a wide variety to choose from. There is a survival movie here for anyone and we are always looking to add to the list.

There are links to more information about each movie below and I hope you enjoy. Presented in no order whatsoever…

“Why We Prepare” Survival Movies

Best Survival Movies About The End of the World

Good rationale for why we stock more than three days of food storage for our families. This is when it’s really bad and some of my favorite survival movies are in this list below.

The original list of the best prepper movies originated on The Home Front. It has been significantly revised and amended.

I bought the movie The Road, very excited about the plot because my family is into the “prepare for crisis / disaster” scene. I thought it was HORRIBLE. A gun with 2 bullets, COME ON! The wife walks off into oblivion, WHY? The dedicated father, still daydreaming about her throughout the whole picture. And when they find the underground bunker, stocked with food and supplies to last them for months, THEY LEAVE? In contrast, I thought The Book Of Eli was very good.

There are 2 bullets because thats what hes saved after shooting all the rest, after years of fallout, in order to kill himself and his kid if it comes to that. It conveys the utter desperation of their situation- there is almost no resources left in the world, they’re hanging on by a thread. The book was written by Cormac McCarthy. Who is an asshole. He puts his characters in desperate situations. Someone always dies a horrible and unjustifiable death. You read his books if you want that “socked in the stomach and plunged into ice cold water” feeling. By… Read more »

Just saw the movie “Threads” on Youtube; just as powerful as when I saw it 30 years ago on TV: http://www.youtube.com/watch?v=_MCbTvoNrAg

The Day After (not sure if I saw it in the list)and Amerika (TV min-series from ’87-’88 with Kris Kristofferson).

I am guessing you left off any Bear Grylls shows out of spite since he is obviously in this genre and offers more useful advice than many of the other TV shows listed.

McGyver the TV series is a good one to watch.

Thanks for this! I have been prepping for about a year now but haven’t quite got my significant other onboard. He lets me do my thing and sometimes thinks I’m nuts but sometimes acknowledges I have a point. I’ve realized every prepper has an “ah-ha!” moment and so I don’t push it and hope he may have his own. I’d like to try to sit down for a survivalist type story occasionally that may just get his wheels turning. I’m sure they will get mine going anyway and at the very least be entertaining for him if not enlightening 🙂

I should note, I am not basing any plans on hollywood movies 🙂 I just added a bunch of these to my netflix que. Thanks again!

Hi Caitlin, do you live in North Georgia by any chance? No one in my family is really “on board” either. They can’t really stand hearing about it. Good luck.

Will you marry me?

The Way We Live Now <- About teens in WWIII in Britain under martial law. OK for older teens. Trigger warnings for gun fights, sexual violence and dead kids.

PBS’s Testament was terrific and there are several movies about the aftermath of Hiroshima and Nagasaki that might be helpful…even the anime ones.

Just watched “Goodbye World” and it has some benefit for preppers

I watched that several months back and was a little disappointed. Reminded me of doomsday meets the Big Chill. I agree there are a few lessons, like don’t tell everyone about your stash of antibiotics if you don’t want to share.

How can you not have “A Boy and His Dog” on your list? It shows all aspects of post TEOTWAWKI. A lone wanderer coming across settlements, slavers, other scavengers, those that prepared, those that rebuilt, possible fallout mutants. I must say this is the ultimate survivalist movie and should be watched by everyone! http://www.amazon.com/Boy-His-Dog-Don-Johnson/dp/B00000IXPN

Links to Amazon are useless. Please link to IMDB as is de-facto standard for movie links.