The Dangers of the Common Good 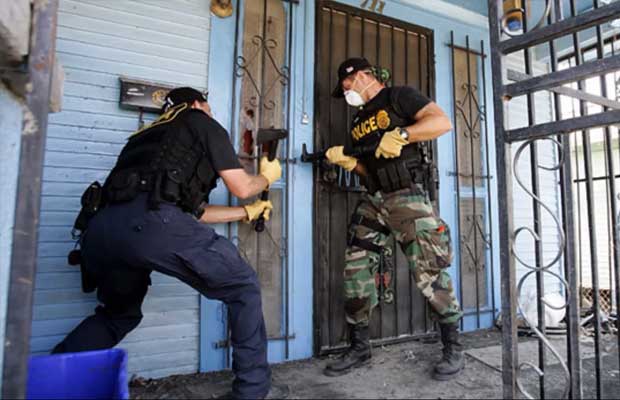 You have been a good Prepper, busily storing supplies, learning skills and taking steps to make sure your family is prepared for bumps in the road. You have plenty of food stockpiled to last your family through most short-term emergencies; not forever but at least a few months. You have plenty of fuel for your vehicles, sources of alternate power, heat and a plan in place for everyone in your family. You are the model citizen, right? You have done exactly what even FEMA suggests and are someone who isn’t a burden to the system. You as a prepper are part of the solution because you aren’t dependent upon overburdened resources in a crisis. You have taken steps to take care of your family in advance or so you think.

What you may find out quickly is that your stockpile of supplies, that older model bug out vehicle that is still running after an EMP, your food, weapons and ammunition are all considered more important to the “Common Good” than they are to you. It matters not that others who had access to the same information as you chose to do nothing to prepare. The people who did nothing for years, who laid around and watched Football, ran up their credit cards on Botox and Xbox will at first want, then demand that your supplies be distributed to them because they don’t have anything. Sooner or later the government agencies will be doing the same thing and the “Common Good” is what may end up putting you in the same boat as everyone who didn’t prep at all.

What is the common good?

The concept of the common good isn’t new. In fact some people like to say the Bible is responsible for this concept of responsibility for others as in “The Golden Rule” which states roughly, Do unto others as you would have them do unto you. Using this basis as an argument some believe that we should give until it hurts, so to speak. If you have extra food you should give that to someone else because you would hope they would give the same to you. There are biblical examples of this.

I am not qualified to debate theology but I will tell you my opinion on this subject as it relates to the confiscation of supplies in the time of crisis. I don’t believe that because I have something, that it is ever morally right to take what I have and give it to someone else. That is theft, pure and simple. If I want to dole out charity, that is one thing but to steal anything I have and say that someone needs it more than me is a crime and that is what I fear could happen if we do go through a real crisis.

The Government already has executive orders on the books that essentially say that they can take anything they deem necessary in a time of crisis. The National Defense Resources Preparedness Act sets up clear control of virtually anything you can own, make or need to the President’s cabinet positions. Section 201 gives each cabinet position absolute control “to promote the national defense” over the following:

(2)  the Secretary of Energy with respect to all forms of energy;

(3)  the Secretary of Health and Human Services with respect to health resources;

(5)  the Secretary of Defense with respect to water resources; and

(6)  the Secretary of Commerce with respect to all other materials, services, and facilities, including construction materials.

What’s wrong with that you say? If we are at war or in some crisis, we need every resource available to our country in order to survive, right? Well, that is one way to look at it but can you imagine this on a more local level? I am not talking about having a factory converted from making socks to making uniforms for the troops. We are talking about confiscation of all the food you have, your vehicles, weapons and ammo, even your home by the local “authorities”. What if your town’s police force shows up at your door and wants to inspect your home for hoarded supplies? What if they seize your vehicle that you are using to Bug out because they need it for the Common Good? How is this any different from Marauders who try to take what you have by force?

Survival of the laziest?

Each of us is prepping for different reasons. You may fear a super volcano, massive Tsunami, global pandemic or economic collapse. It could be that you simply want to have supplies if there is a winter storm that knocks out power. Regardless of the motivation, your reasons are generally so that you can keep yourself and your family alive or at least relatively unaffected by whatever the disaster scenario is. You may be planning for charity if we have a real SHTF scenario so that you can help people out who really deserve it, but I don’t think any of you are stocking up all of those supplies of rice, canned food and toilet paper so that the authorities can come take it. Are you?

If this world was more heavily entrenched in the concepts of personal responsibility, morality and thrift we may not have as big of a problem. As it is, we are living in a world of convenience, quick satisfaction and we want the cheapest price possible on anything we buy. We stopped growing our own food decades ago. We don’t make anything that we use on a daily basis because it comes from a factory in another country. We are largely dependent on others for everything we need. We are dependent on grocery stores for food, municipalities for water, healthcare conglomerates for medicine and the mall or the internet for our clothes. Power companies for our electricity and electric devices for our chores, entertainment and information. Take all of that away and you are only left with what you have and what you know.

The majority of people out there live day to day with hardly a care in the world as to what is going on around them. The Sheeple don’t worry about tomorrow because they just can’t believe anything bad would ever happen and even if it did, someone would take care of them, right? I mean it is just horrible to expect to have to live through any bad situation without some form of assistance. We saw just a small part of this during Hurricane Katrina and a little more during Sandy where people were screaming at the news cameras for help. “Send someone out here now!” they yelled and were honestly indignant that they weren’t being airlifted off their roof at that very moment.

The lion’s share of the world isn’t prepared and won’t be prepared when disaster strikes. They are going to be screaming at you or worse when you still have food and they are hungry. They will be talking about taking what you have as soon as they start feeling pain or fear and the Common Good will be their excuse. This is something you should plan for as part of your survival preparations. It isn’t enough to expect that the 3 months’ worth of food you have stored up is going to sit nicely on your shelves while your neighbors are starving. If the SHTF you will very likely either have to fight to keep what you have, or accept that it will all be taken from you in the name of saving more people, the Common Good. I am going to plan for the former because the Common Good I care about is my family first. If there is anything left over after I take care of my family, we can talk.

The common good approach to appropriating(stealing) anything you want and calling it a “need” is dangerous to Preppers because we will have an abundance of things to take. We will have the supplies that others don’t. We will have food because we have planned ahead while others are going hungry or are waiting in line for rations. We Preppers will be the ones with running vehicles, spare fuel and alternate sources of power. The “that’s not fair” bug is going to be flying around any community that sees preppers doing just fine. The cries will start very quickly about sharing and how you are just plain evil for letting people starve while you are fat and happy with your supplies. This will happen folks so prepare for it. The world isn’t going to quietly and with great humility accept responsibility for the state they are in, they will shout at the tops of their lungs about the Common Good and demonize you for having anything they need and not sharing. It won’t be pretty, it may get violent and it is something you need to consider.

Yup the good old malignant cancer of socialism has spread across the pond, It has destroyed Britain since the launch of the welfare state in 1948, we are now a nation of welfare and state dependant sheep in the UK, and we have no place else to go. Hopefully ( possibly) The true adherants of the original American culture will find some way of getting enough states together to cede from the US of A. Maybe the south in cooperation with the pacific north west will rise again? A wise prepper is the lazy mans selfish hoarder, and its the… Read more »