The Problem with Prepping 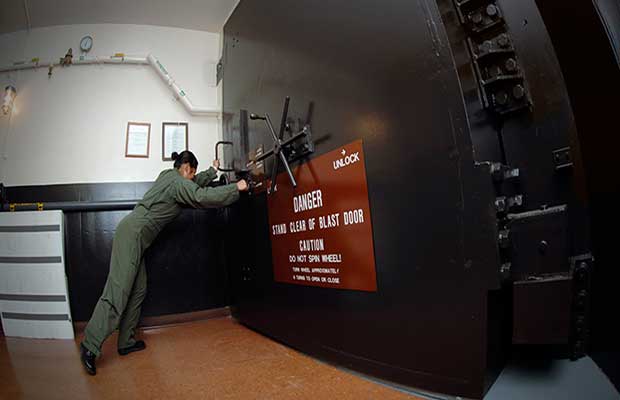 Preppers can fairly quickly find themselves at the mercy of our own minds. We create the need and the solution in our lives by analyzing threats and weighing the likelihood of various disasters – natural and man-made and then craft plans for how we will deal with those disasters when they come. The problem comes when we analyze the disasters and settle upon a strategy that we think will either protect us completely or mitigate all of the undesirable effects of that crisis we are planning for. This is an issue that I think a lot of Preppers face and ignoring it can get you in just as much trouble as someone who has never prepped before. You might meet the same fate, just at different times. The problem with Prepping is that you can never be finished.

I thought about this as I was compiling my latest list of items that I either needed to acquire or wanted to sort out in my life. I even started to draw small boxes to the left of the items on my list so that when I had finished the various elements of my survival checklist, I could mark each box as complete. A fully completed list meant that I was done, right? That I would never have to worry about any of these particular issues again is how some people choose to look at making lists.

All I need is 6 months’ worth of food

So the grid goes down like it did in American Blackout and you are locked up snug as a bug in a rug inside your house. The power has been off for a week so far, but you have that covered. You also had 6 months of food inside your pantry so you should be all set, right? Wrong… If the power never comes back on or we descend into something worse, what happens when your food runs out? What if your brother from the next state rolls into town and starts to eat your food too?

Having a stocked pantry doesn’t mean you will live forever. In order to be truly prepared, you have to be able to feed yourself forever. Does that look like starting a vegetable garden or getting started with small livestock like raising chickens? What about Aquaponics? The process of feeding yourself and your family never stops until you die.

The idea here is that you can’t go out and buy a whole pallet of freeze-dried emergency foods and expect that you are finished. Having a great supply of food so that you can outlast most any temporary crisis can give you a huge leg up, but is not a magic bullet.

I own guns and I have written several articles about various aspects of gun ownership like “The Best Gun for Home Defense” and “How to Select the Best Handgun” and another about what I consider our “Obligation to Carry Concealed“. We talk about storing ammo and the different calibers you need for different aspects of security and survival but simply having a lot of guns does not mean you will be safe.

Guns are an important part of my survival plans, but simply having one strapped to my side doesn’t or should not give me a false sense of security. This is a tool and that is all. With a firearm I will have the opportunity to react in ways that I otherwise wouldn’t. This isn’t an invisible shield against violence; it won’t protect me from dedicated bad guys or the stupid actions I may take myself. There is so much more to security than simply having a bang stick and we are all wise to temper our bravado in the face of disaster just because we bought a gun. This can go the same way for bad guys too who get cocky when they have a firearm. Just because you have a gun that doesn’t mean someone can’t walk up behind you and put their own bullet in the back of your skull.

I have backup generator

A generator is another one of those great tools we talk about often and I have one. Does that mean I will have power for the rest of my life? Nope. Actually, I would be really happy with 500 hours of run time out of the generator. I have plenty of fuel stored up and oil, but mechanical things break eventually. If you don’t have spare parts or more importantly the know-how to fix a generator, you have to look at this as a finite resource.

A backup power plan is excellent and I have one myself with further plans for solar backup, but this isn’t something I can count on to completely replace all of the power we have grown used to. Even if it was, in a complete grid-down scenario people would know that you have power unless this was hyper secret. Small chance of that with a generator but eventually everyone will know you have power and then we get back to that survival arsenal we spoke about earlier.

I have a hidden survival retreat

A well-stocked retreat somewhere deep in the woods is the Holy Grail of Prepping Legend and Lore. Seriously, I covet those who have the resources to purchase a retreat property with all of their gear pre-staged in place even more those that are able to live at their retreat year-round. Even if you do have a compound with electric fence, intrusion detection, mines, roving guard dogs, sentries in the watch towers on Barrett 50 cal rifles, that still does not guarantee you will ever live in peace the rest of your life.

That is one helluva head start though!

My point is that nowhere and no situation will stay completely safe forever. Are you possibly months, or years away from worrying about the same thing people in New York will be faced with? Perhaps, but to think you will stay hidden away forever without any other single living person coming across your path is far-fetched in my opinion. If you have this retreat, you will still have to guard against others who find out about what you have and want to separate you from your castle.

I have a Bug Out Vehicle

Great! So what? A bug out vehicle is only as good as where it can get you. If you are stranded in the city because you didn’t get out in time, what good is that vehicle? If it is parked on the highway in traffic what does that do to your plans?

Having a bug out vehicle is important; especially if you need to get to your survival retreat up above but simply having a tricked out Ford F250 running diesel or bio-fuel doesn’t mean that you can’t be stopped. Having that big truck doesn’t guarantee you won’t have some type of mechanical failure or be disabled by someone else in a big truck.

OK, so what good is prepping then?

My whole point with this article is that you can’t become complacent. My list that I was filling out was for the day, not eternity. If I buy some extra food today, that is like a deposit in the extra time bank. By having supplies I am buying myself and my family extra time, but I can’t teleport us out of any emergency that appears with freeze dried food. I can’t change the fact that the electric grid is wiped out (as an example) just because I have 500 gallons of water stored.

I have said it before and I’ll say it again. Prepping is a Journey, not a destination. You will never be completely prepared for anything. You can only work at being more prepared than you were. You can strive for being better prepared than you were a year ago. What you can’t do is think that you are done and that you can sit back and relax. Prepping is done by people who see trouble ahead and take steps to deal with that trouble. Chances are, that trouble isn’t going to go away and neither should your dedication to staying ready and striving for more self-sufficiency and resilience. You very likely will never be as prepared as you want to be, but that journey will pay you back when the time comes.

This is definately one of the very best thought out appraisals on prepping I have read in many years, prepping is not just a plan, its a lifestyle, being aware is as important as being armed. And being well aware of your environment is paramount. In the US just as in the UK there are many places , tracks, trails and hideyholes that the average large 4×4 cannot reach simply because they are too wide. It doesnt matter one bit if you have 600 horse power, 4×4 and massive tyres you cannot get a 6ft wide truck through a 4… Read more »

Thank you very much for the compliments Northern Raider!

Excellent article. I am new to the prepper world and my feelings have evolved somewhat to this very idea. We can’t be prepared for every single thing that could happen. I am the first to admit I am not, however, I am more aware and better prepared today than I was 12 months ago when the blinders were removed from my eyes! thanks for the great articles!

Aye a lifestyle of the wise and prudent.

Thank you very much SEKPrepper!

Welcome to the community and I hope you will visit again.

There is no perfect prep plan. You need to be flexible and you need redundancy. I’d like to touch on two topics, food and energy. I have on hand a two year supply of food. But none of it is in the form of MRE’s. It’s all basic foods like flour, sugar, salt, yeast, etc. I have all of it sealed in 5 gallon size containers and dated. We eat out of this on a daily basis. As a store is depleted it is replaced. This method assures we always have two years of fresh food on hand. The generator… Read more »

Great points and thanks for your comments! I agree with you about redundancy; its critical. The old saw 2 is one and 1 is none is simple but true. I wish I had your Solar set up – working towards that myself.

“The problem with Prepping is that you can never be finished.” Exactly right. Prepping is a lifestyle choice, not an event or even a series of events. It needs to be a cohesive long-term plan if it is to be effective. As you say, it is “a Journey, not a destination”. “My point is that nowhere and no situation will stay completely safe forever.” Indeed. There is no such thing as “complete safety”. Life is about risk management, not complete risk elimination. “Having that big truck doesn’t guarantee you won’t have some type of mechanical failure or be disabled by… Read more »

Thanks for stopping by Ed!