If The SHTF Would You Eat Dog? 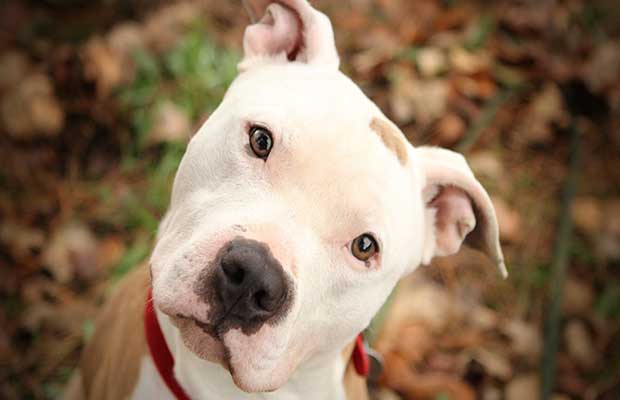 Editors Note: Oddly enough this topic about would you eat dog came up in my own family as we were enjoying our Thanksgiving holiday. No, we had a delicious Turkey, but thanks for asking… It is a subject that can polarize people pretty quickly as we found out ourselves. What would you do if you were starving? Could you eat the family pet?

When our girls were very young, and before we had any animals, I made a house rule to cut short a request for a cat:

“We can have any animal we want, as long as we realize that one day we will eat it”

I said this partly in jest, but partly to prevent my wife and I from having to deal with requests for hamsters, guinea pigs, cats, and fish. Dogs never crossed my mind, until I started thinking about getting one to help with the predation problem I was having with bobcats eating my chickens. Yes, bobcats in town.

I was speaking with my wife about the possibility of getting a dog, and the older daughter said, “Dad, if we get a dog, we have to eat it. You made the rule!”

Kids are information sponges, and that is great until they throw it back in your face.

I was thinking about this today. One day, man’s best friend may save your life…by preventing you from starving. Dogs as food is not a new concept, in both fact and fiction.

Fact: A good friend of mine, SB, tells a story of a local Chinese restaurant being shut down when a health inspector found dog carcasses hanging in the meat freezer. The story goes that they were serving dog as “riblets”, and apparently they were a popular item. SB says he was unhappy when he found out about it…he LOVED those riblets!

Fiction: In the book “One Second After“, the main character ends up killing the family dog in order to prolong the life of his ailing daughter, due to the lack of food after and an EMP. It was a small part of the story, but outlined the reality of a catastrophic situation.

These are the first two of many examples I came up with, and while the subject of eating dog may seem distasteful, no pun intended, the possibility is all around us.

Typical of extreme circumstances, eating dog has a history of being a last resort…right before cannibalism. I know that if I were given the choice,  I’d eat dog before eating “long pig“.

However, in some societies, eating dog is NOT a taboo thing to do. Switzerland has a product called “Hundeschinken“. The description sounds like it is simply biltong or jerky made from dog. Sounds tasty!  In China, in order to avoid offending foreigners there for the Olympics, it was banned where it was listed on the menus of of 112 restaurants!

The good news is that dog is lower in cholesterol than pork, tuna, and even chicken! It is high in protein, and dog fat is easier to digest than beef tallow.

Looking for a list of recipes? Check this site out.

If you think I’m kidding about how prevalent eating dog (and cat for that matter) is around the world, do a search on youtube for “dog meat”. I was actually surprised how many hits came up.

I’m not saying I think it is a good idea when times are good. But having been so poor at one point in my life that I was lucky to get a meal a day, I understand how hunger can push a person. And if millions of people are paying to eat dog today, it must not be THAT bad, right?

I’d eat dog, if the situation allowed or even required it. But then, I’ve missed a few meals and know what REAL hunger is. Plus, I grew up in West Virginia…we ate everything

So keep it in mind that some day you may have to do the unthinkable. Makes you want to stock up a little more food now, doesn’t it?

Call this one more reason to prep

In the end, we did end up getting a dog, and I modified the family rule to be:

“We can have any animal we want, as long as it provides or protects food for our family.”

I’m sure the kids will twist that eventually, not that it matters, we now have hamsters…but they aren’t big enough to eat….

I’ve no qualms about eating dog, I’ve already tried cat which I consider to be vermin in many areas any way. I’ve also had rat, grey squirrel, rabbit, hedgehog and adder. Its meat and as far as I’m concerned for my families sake the only thing off the menu is human.

Cats as vermin…. I think I agree with you seeing as how our cat has gotten crazier with each passing year. Cats I wouldn’t have a problem with I don’t think. I could probably eat dog too, but I don’t know if I could kill my dog and eat it. I could go for the neighbors dogs though, because they sure are noisy at night…

I personally like having the cats in my area as they keep the rats away but cant overpopulate due to the presence of coyotes that eat on them. the coyotes in tun keep away feral dogs and have enough food they don’t raid anyone’s coops.

If it will stink a biscuit, I’ll eat it.

No, at least not my dog. She’s a good hunter besides. Not only can she hunt, she can defend me and warn me when there is trouble and she’s my best friend. You guys go ahead and eat your best friend. It’s like being a cannibal to me. Hey, I’ll eat your dog instead and take your stash.

It depends on what you call a dog. if it’s a large dog then no, but i sometimes have to remind myself small dogs are dogs not “things” like squirrels and rabbits. No I probably couldn’t eat a dog or coyote but a fox or a chihuahua sure if I’m hungry enough, but most likely I’d let it go until the point were I’m almost starving or getting close to entering starvation.

Thanks for the comments Jacob!

Yes, this is really just a thought experiment. I would have to be very desperate to eat anything like a dog or a cat. We have grown up with them as pets for so long that to overlook that taboo would be hard for most of us I think.

Why wait! Avoid the rush and eat it now!

Seriously though it would be rough but if it came down to it I guess I would but I would have to exhaust other options first.

I know what you mean Heinrich, I would have to get really creative before this would even be an option I think.