What’s The Number One Prepper Mistake? 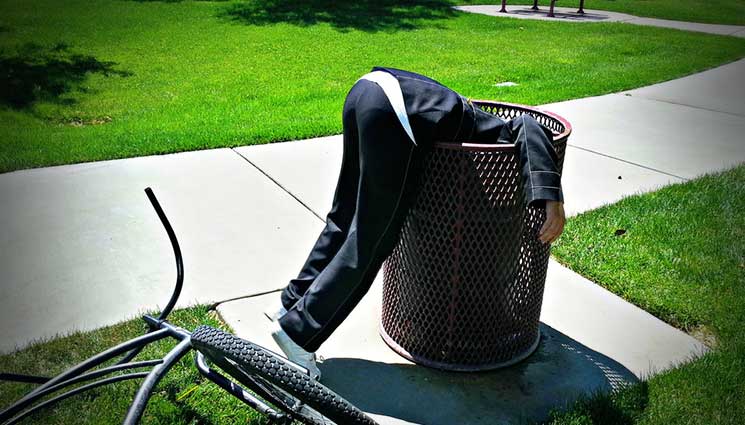 If you are considering some level of disaster preparedness for yourself or your family then this article may provide some insights so that you might avoid making a classic Prepper mistake. And if you’re already well on the road to preparedness, this article might be the catalyst for re-working your strategy, supporting tactics and equipment.

From my perspective, the single biggest mistake made by people engaging in disaster preparedness is they follow the wrong advice and adopt a bunch of tactics and related equipment simply because people are chatting/blogging about them. But that’s not how it’s done; you must adopt a survival strategy first, and then comes the tactics, equipment and supplies that support the strategy, not the other way around, as I see done all too frequently by a lot of misinformed people.

The first thing that anyone needs to do is dump all emotion and info based upon trends and pumped-up tactics that are being bantered by some bloggers, and allow pure logic to dictate your actions, especially when it comes to taking the first step, which is the adoption of a disaster survival strategy.

In order to take the first step, you will have to conduct your own due diligence into the actual frequency of occurrence of the various risks that might impact you and your family; this is your disaster preparedness risk analysis. Your risk analysis, which is specific to you alone, should be done in the absence of any sensationalism or incorrect group mentality (doesn’t matter what others are doing); it needs to be based largely on mathematical statistics (how often do things happen in your location and region).

If after you have conducted your personal risk analysis, you find yourself in the camp that believes that large-scale long-term disaster events such as those depicted in; ‘World War Z’ , ‘Book of Eli’, ‘The Road’,’28 Days’ and ‘The Carrington Event’  and similar books and movies are not a reality to be considered, then the disaster survival strategy that will serve you best is one that properly addresses short-term localized regional events such as hurricanes, tornadoes, industrial accidents, floods, earthquakes, local power outages resulting from adverse weather, as well as all the everyday risks related to personal health and safety, which for the purposes of this article, are assumed to be handled in any proper preparedness strategy.

Finding yourself in this camp of thought will dictate the preparedness strategy and the supporting tactics and equipment that will serve you best. Unfortunately, FEMA’s current advice of 3-days (72 hrs.) worth of water, food and supplies is inadequate for some scenarios.

Concepts that would properly support this strategy may include:

In the foregoing exampled (abbreviated) scenarios, most people will fair well as a function of such basic preparedness coupled with the aid that may be forthcoming as needed from areas outside the area that has been affected. In these situations, which are well evidenced and documented in history, the need for extensive weaponry is an unwarranted expense (poor allocation of limited funds). Short-term events usually have limited incidents of violence. Therefore, a basic woodsman’s selection of guns is more than adequate to handle the needs for obtaining game and home defense (Shotgun, pistol, rifle).

On the other hand, those people who have done the calculus and who have studied their history may come to the conclusion that the scenarios that were depicted in the movies previously mentioned are in fact statistically plausible. Some people are aware of how the media intentionally marginalizes potential serious risks so as to avoid panicking the public (or should I say, ‘sheeple’?). The world (including the USA) has in the past been plagued by deadly pandemic disease and large-scale conventional warfare as a minimum, and the frequency of these events is not akin to events such as polar shift, impact by a near-earth objects, eruption of a super volcano or other such scenarios that occur on geologic time-frames (every 10,000 years+), even though such events can and do occur. Unfortunately, most of us don’t have the time and or the money to adopt an all encompassing strategy that can handle any or all of these potential events. Think in terms of Las Vegas odds and the craps table; we want to make our bets with our limited bank-roll where we have a higher probably of an event. The probability for a grid-down event (loss of the entire or large part of the U.S. electrical grid) is much higher than say a ‘polar-shift’ in the course of our lifetimes, so in this example, the smart money is on ‘grid-down’.

If you find yourself in this camp, then your strategy will be considerably different than those people in the former. You will need to adopt tactics, equipment and supplies that are effective in long-term, large scale disasters. Why? First of all, in a large-scale, long-term disaster, nobody is coming to the rescue! That means you have to be in a position to sustain yourself in safety for many months, possibly years.

The concepts that support a strategy for surviving a large-scale long term event are of course more comprehensive than those used by people in the short-term camp, but would allow applications in both short-term and long-term events. And this does make things more expensive, but in the case of disaster preparedness, you may get your money’s worth if you do it right.

Among other significant long-term survival benefits, equatorial areas that meet the sea are very rich in resources, have great year-round climates, and are also outside the areas that would be most heavily affected by things like radioactive fallout (Northern Hemisphere). As the saying goes, no matter how hard you try, you can’t make a silk purse from a sow’s ear!

At the end of the day, anyone who is considering large-scale long-term disaster preparedness should seriously revisit the issues (risk analysis) related to choosing the right survival location, which if you’re living a prepared lifestyle, should be your home.

Commonest prepper mistake I keep coming across is people putting to much faith in guns to deal with all the problems of a post apocalyptic world, Experience in the military and from my fellow veterans reinforces that belief.
You may be the best trained, bset equipped, Gucci warrior setting out to survive in PA America or Britain but that kid with the single shot 22 aiming from his attic window only has to be lucky once.

That one is probably the single most important one Northern Raider. Not much surviving is possible if you are dead from stupidity…

Sounds to me like the Capt. is really trying to sell a lot of books. The need to be 500 mi. from a lg. city? I’m thinking 100 – 125 tops. I don’t see people in the city thinking ol TSHTF I have a full tank of gas I want to see how far I can go. When the facts are that in a sm. town of 3000 like mine the people will be shooting at ea. other by day 3-5 ( in a real SHTF) and I can see the folks outside of town shooting and any thing that… Read more »

theoldman: Rule # 1 in combat is; never under-estimate the enemy. You need to look at the math; not doing the actual math is where so many Preppers go wrong; they fail at statistical analysis and fall prey to self-delusion and wishful thinking based upon emotion and other illogical motivators when it comes to formulating a strategy for disaster preparedness. It’s a mathematical certainty that a small percentage of the Millions of heavily armed evacuees from cities and towns will in fact make it out to the full range available on a tank of fuel (500 miles is a very… Read more »

I doubt anyone could find a location in the US that is in the center of a 500 mile radius circle with no big cities – that’s a 1000 mile diameter for crisesakes. 500 miles from Chicago is less than that far from Denver, and you have to pass St Louis, Omaha, etc. in that direction. Where else will you go – east to Cleveland, south to Memphis, north to Green Bay. Why not just say ‘as remote as you can find and afford’. You’re probably far more likely to find a place 100 miles from a big city with… Read more »

Ahoy Dave: The article suggests options for the ‘best possible strategies’; all other strategies logically involve some level of compromise (hiding close-in = reduced safety) or huge expenses; military grade underground bunkers cost millions of dollars; but anyone can buy a good used blue-water sailboat for less than $15K (as of this article)… however I have heard that prices are creeping up now that people are seeing movies like ‘World War Z’, where logical minds replace Zombies with armed evacuees from cities as the object lesson. The point of the article is that if you have any compromises strategy, you’ll… Read more »

There is a basic mathematical error in this analysis. It assumes that if you are X miles from the center of a big city, then everyone who makes it out to X miles will be “at” your position. This is not correct. Let’s take the most extreme, absurdly pessimistic case and assume that all 1 million people in a big city head out to the 500 mile limit. A circle with a 500 mile radius has a circumference of over 3000 miles. If you distribute 1 million people over that perimeter, you get an average linear density of 1 person… Read more »

Very sensible overall, Bravo. Your basic concept of getting far away from population centers is good. One cannot get completely beyond evacuees by road of course. Some may have large tanks (Semi’s) or may steal gas along the way. And it’s not like small cities are safe either – hungry folks from the town of 1000 a few miles away may be just as armed and dangerous as folks from a city of 3 million a few hundred miles away. (Of course if it’s long term, people will wander everywhere, by vehicle or on foot). So all one can hope… Read more »

For me, the sea the most logical choice. I have several sailboats, some fast, some comfortable, and a couple in between. Several of my boats are all electric, I can make electricity, can’t make gas of diesel.. I can see you coming a couple of miles away and I like seafood….. chuckle