Well, the third season of National Geographic’s Doomsday Preppers is off and running, and oddly enough, there is a new scoring system which provides the audience with even less information as to how and why Practical Preppers is making their evaluations of the Preppers who are depicted. My regular readers know that my style is direct and based upon facts and experience; I call-them like I see-them when it comes to proposed ‘preps’…so in other words, some people might interpret this as a spoiler, while others may thank me for saving them from the potential loss of time and money.

Having seen the recent episode (Season 3, Episode 1; Take Our Country Back) depicting ‘underwater caches’, I had to jump in here to keep it real, and to keep people from making a huge mistake by taking this idea to heart… sorry but this is nothing more than a TV stunt, and has NO real application for Preppers!

So what qualifies me to make any comment on this in opposition of the gents at Practical Preppers? Well, for one thing, I have been diving since 1976 and I achieved a PADI DiveMaster rating in 1983. I have more than 1,000 day and night dives all around the world over the past 35+ years, including underwater mining and SAR work. I taught my own son to SCUBA dive when he was 8 years old! My certification can be found at my website (link below).

First of all, when you place objects on the bottom of the ocean, rivers or lakes, you run the very real risk that currents and turbidity will deposit debris and sediments over the top of the object. Of course this is in addition to the host of marine organisms that will grow on any underwater surface, thereby camouflaging the object further and making it very difficult to re-locate even when there is good underwater visibility. What is ‘good’ visibility? Well, in open water that is away from the shore (where turbidity is always higher due to the action of the water near shore) good visibility might be about 50 feet in places offshore around Florida, etc. That’s not to say that I haven’t had better; I have had visibility on dives well in excess of that. However, when it comes to visibility near shore in the ocean, lakes or rivers, ‘good’ visibility may only be 12-20 feet, and average visibility would be less.

Secondly; speaking of visibility, it can vary greatly from day to day. Underwater visibility is a function of how much light is in the sky and the water turbidity (suspended particles). Things like rain and wind as well as plankton/algae blooms can quickly affect water clarity and the visibility. There are times when visibility can be as low as one-foot, and having low visibility is not an uncommon situation… Murphy’s Law comes to mind.

Here’s a video of a low-vis dive:

I recall a man who was washing his hands over the side of his yacht when his expensive watch popped off his wrist and fell into the water. My boat was in the slip next to his and he knew I was a diver, so he offered me $100.00 if I would ‘jump in and get his watch’. Of course it wasn’t nearly as simple as jumping in and fetching his gold Rolex, even though we knew exactly where it dropped in. I took a shot with just a mask and fins and went straight to the bottom about 15 feet below from where the watch went into the drink. The visibility was about three feet and by the time I hit bottom, I could have been off the mark by several feet in any direction, so not seeing watch, I surfaced. I then deployed a weighted line straight down to the bottom from where the man had been standing when the watch fell off his wrist. I put on my SCUBA gear and followed the line down… and there was his gold watch shinning at me, about 6 inches away from the weight. If it wasn’t for the weighted line, I could have spent a lot of time looking.

On another occasion a drunk had driven his car into a river. The tow truck needed to have a diver hook a steel cable onto the car so they could retrieve the car from the river. The sheriff knew exactly where the car went into the river from the tracks it left on the riverbank. So with my SCUBA gear on, and taking a tag-line (light rope) with me (which was attached to the coiled steel tow-line on the bank), I headed into the river to find the car. The visibility was about 4-feet and I could see nothing right up until the time I hit the bottom, which was about 18-20 feet as I recall. I proceeded (using my compass) to navigate a search grid around where we expected to find the car. As I went along the bottom I could see nothing (aside from river rocks and sand) right up until the time I literally bumped into the car. I pulled the tag-line until I reached the tow hook on the steel cable, and secured the tow hook to the frame of car before exiting the water. Here again, low visibility made finding a large object difficult. And what happens if you must have your cached items at night? Night diving is even more complicated. 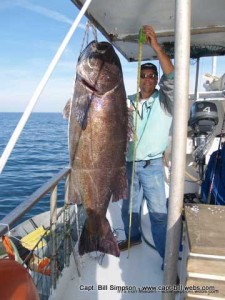 Thirdly; when you are in a ‘survival mode’, possibly with limited or finite supplies, the last thing you want to do is to burn more calories than is necessary (calories = food). Even assuming your wet/dry suit keeps your core temperature constant, and prevents shivering (shivering alone uses 400 calories/hour), snorkeling/diving will use about 500 calories per hour as compared to hunting (walking average pace), which uses about one-half as many calories per hour (250 calories/hour).

Fourth; while you are in open placing your cache, or searching for your lost cache, you will be exposed to potential onlookers, who may take advantage of your situation by meeting you when you return to shore, exhausted and vulnerable.

Fifth; if for any reason you become ill, injured or suffer an equipment failure, you may never be able to recover any of the so-called ‘underwater caches’. For instance, if you have a cold/Flu or any sinus or ear problems, you may not be able to equalize the pressure on your ears as you descend and if you push it, you can rupture an ear drum or two, and that’s a real problem when you are in survival mode.

Sixth; anytime you place something supposedly water-proof in the water, you risk water intrusion. Even expensive water-proof housings made for divers will fail from time to time. Building home-made water-proof enclosures for underwater use is at best risky. So if you put anything inside that’s really important, it may get wet. When the chips are down during a crisis, and you are in survival mode, the last things you need are gimmicks that fail and leave you with less than you had counted-on. Never depend on gimmicks! If you absolutely must cache something, do it on land and still use a water-proof container. At least on land, an average person can, at night (using night-vision without flash lights) or in stealth-mode during the day, set-up a cache in a hidden location, which could subsequently be accessed anytime day or night under a host of situations and conditions.

The fact that the gents at Practical Preppers thought so highly of this underwater caching concept shows how little they really know about diving and related matters. This is yet another clear example of why actual experience is necessary when discussing or judging preparedness concepts. Pretending doesn’t work and ‘selling’ this as a means for caching supplies only serves as a real disservice to all the viewers of the show, some of whom may be looking for guidance. The notion of ‘underwater caches’ is the most obtuse idea I have seen on the show to date!

The nearest I get to underwater cache storage is i put some of my supplies in a waterproof container underneath a small glass fibre gold fish pond i put in my garden. But as to Nat Geoes DDP c’mon really after all its about 45 minutes of rubbish, hype, entertainment with the odd ten second burst of information, the Tele Tubbies are more informative.

Tele Tubbies! That made me snort…

Yes, I completely agree about Doomsday Preppers, but those 10 second bursts you talk about are well worth it. You’re right that most of it is hyped I think with the dramatic music and video game camera pans, but those little nuggets make it worthwhile for me. I wouldn’t tell anyone to bet your life on that show, but it is a tool you can use with the right perspective.

Thanks for your comments!

believe it or not …. some character on one of the prepper forums was trying to convince people that using a 5 gallon poly bucket as a underwater cache was viable ….

I believe it, but I wouldn’t recommend it.

Water has a funny way of finding its way into any place with enough time. That’s why we recommend underground caches have a few levels of protection. First buried in a place that is unlikely to see a lot of water, then buried in a “watertight” container in waterproof bags with desiccant to absorb any additional moisture.

And this guy on ddp is supposed to be experienced in alaska? if you have a tsunami come along, even a little one of oh say 15ft, there wont be ANYTHING left on the shoreline to use as reference markers. If he is really going to continue to use this method to hide stuff then get an accurate GPS unit.Of course that wont stop the wave action from taking all his stuff 25 miles out to sea when the waves retreat.

PlainJane: Yup! That’s a great observation too! People underestimate the power of water, especially inexperienced divers. When I lived on the big island in Hawaii (Kona) we had an earthquake that generated a near-shore wave that pushed a 2-ton boulder up above the shoreline and into the swimming pool at the Hilton hotel in Kona. They had to bring a small crane in to pull the boulder back out of the pool! I really can’t see how Practical Preppers, LLC came up with a score of 94 for this guy?? Just goes to show there’s no substitute for actual experience.… Read more »