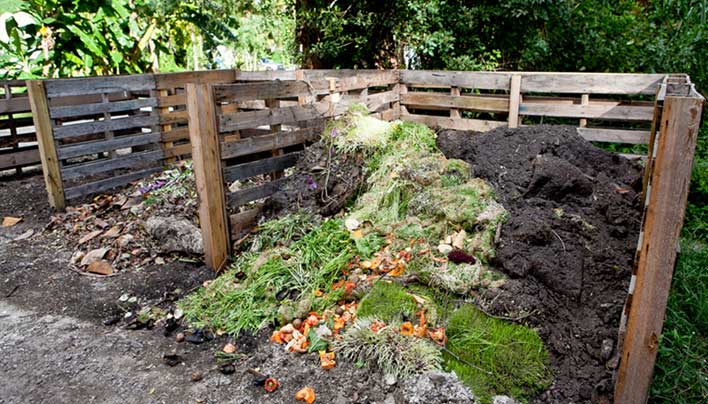 When garden composting caught on in the early 1980s, I thought back to my mother sending us kids to the garden every night to bury the day’s apple cores, carrot tops and hickory nut shells. It seemed Mom was ahead of her time.

I’ve been reading in the “1881 Household Cyclopedia of General Information” about enriching soil. In the days before chemical fertilizers, making compost was vital for a successful harvest. Only a lazy farmer was not continually building up his soil. And to neglect the earth meant to have poor quality vegetables and crops.

“The best natural soils,” according to the book, “are those where the materials have been derived from the breaking up and decomposition, not of one stratum or layer, but of many divided minutely by air and water, and minutely blended together: and in improving soils by artificial additions, the farmer cannot do better than imitate the processes of nature.”

Although the 813-page book was published in 1881, it contains information from farming practices in use before the Civil War, according to the authors. My mother did not start gardening until the 1950s, but instinctively knew the old-time methods were best.

Because we ate so much wild game when I was young, we had, or course, lots of animal innards, bones, skin and other parts to get rid of all winter. When the garden was too frozen for burying scraps, we chiseled up as much soil as possible and covered the stuff with snow until springtime. It grossed me out as a kid to put animal parts in the garden, but Mom had it right – we were imitating nature.

The book applies the term manure indiscriminately to all substances known from experience either to enrich the soil or contribute in any other way to render it more favorable to vegetation. Healing the soil is akin to healing a body.

“In an agricultural point of view, the subject of manures is of the first magnitude,” the book states. “To correct what is hurtful to vegetation in the different soils, and to restore what is lost by exhausting crops, are operations in agriculture which may be compared to the curing of diseases in the animal body, or supplying the waste occasioned by labor.”

Like other household hint books on the era, the Cyclopedia is compiled of 10,000 submissions by farmers and home gardeners on topics from agriculture to wine. The book states the following conclusions may be regarded as scientifically sustained, as well as confirmed by practical experience:

1. Fresh human urine yields nitrogen in greater abundance to vegetation than any other material of easy acquisition. The urine of animals is valuable for the same purpose, but not equally so. Still, none should not be wasted.

2. The mixed excrements of man and animals yield (if carefully preserved from further decomposition), not only nitrogen, but other invaluable saline and earthy matters that have been already extracted in food from the soil.

(NOTE: A 1972 Mother Earth News story by Elizabeth Allen details how to handle human excrement. “We rake the privy’s contents down the slope, cover the peaks with the rest, and sprinkle it all again with ashes and earth. About once a year we load the plateau of compost on the spreader and take it out to the fields or haul it by cart to the garden where it’s used as top dressing. It’s only work… the material smells like sweet earth.”)

3. Animal substances such as urine, flesh, and blood decompose rapidly and are fitted to operate immediately and powerfully on vegetation.

4. Dry animal substances (horn, hair, or woollen rags) decompose slowly and (weight for weight) contain a greater quantity of organized as well as unorganized materials. Their influence may be manifested for several seasons.

5. Finely crushed bones, acting like horns in so far as their animal matter is concerned, may ameliorate the soil by their earthy matter for a long period (even if the jelly they contain has been injuriously removed by the size maker), permanently improving the condition and adding to the natural capabilities of the land.

“Dung is the mother of good crops; and it appears that no plan can be devised by which a large quantity can be so easily and cheaply gathered, or by which straw can be so effectually rotted and rendered beneficial to the occupier of a clay-land farm, as the soiling (feeding) of grass in the summer season.” 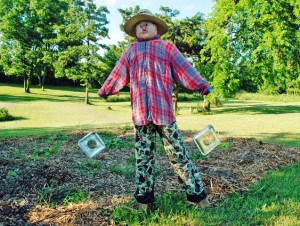 Any farmer can tell you that animal manure varies in potency by the animals’ diet. The book recommends not letting early springtime weeds go to waste as they pop up in fencerows or alongside buildings. Cut those nutritious weeds and feed them to your animals. You’ll be rewarded for your effort.

“In a word, the dung of animals fed upon green clover, may justly be reckoned the richest of all dung. It may, from the circumstances of the season, be rapidly prepared, and may be applied to the ground at a very early period, much earlier than any other sort of dung can be used with advantage.”

Also, the practice of soiling or feeding horses or cattle in the barn or farmyard is eminently calculated to increase the quantity and quantity of manure on every farm. In the 1800s, feeding horses in the summer months on green clover and ryegrass was a common practice in grain districts where farm labor was available.

“The utility of the practice does not need the support of argument, for it is not only economical to the farmer, but saves much fatigue to the poor animal; besides, the quantity of dung thereby gathered is considerable.”

Positioning and management of the pile is also important to obtain the best quality compost in shortest amount of time.

“When driven out of the fold-yard, the dung should be laid up in a regular heap or pile not exceeding six quarters, or four feet and a half in height; and care should be taken not to put either horse or cart upon it, which is easily avoided by backing the cart to the pile, and laying the dung compactly together with a grape or fork.”

While you may not be using a horse to cart the manure, the message is the same – don’t smash the pile. Also cover the outer edges of the manure pile with soil to keep in the moisture and prevent the sun and wind from depleting nutrients. A small quantity of earth scattered on the top is also useful.

“Dung, when managed in this manner, generally ferments very rapidly; but if it is discovered to be in a backward state, a complete turn over, about the 1st of May, when the weather becomes warm, will quicken the process; and the better it is shaken asunder, the sooner will the object in view be accomplished.”

When starting the pile, select a secluded spot not exposed to wind or where water pools. The pile should also be downhill from and at least 100 feet from water sources to keep from polluting your freshwater.

To save trouble later, start the pile in the garden or field where it is to be used. It is also most convenient to have the manure pile near the homestead.

“There it is always under the farmer’s eye, and a greater quantity can be moved in a shorter time than when the situation is more distant. Besides, in wet weather (and this is generally the time chosen for such an operation), the roads are not only cut up by driving to a distance, but the field on which the heap is made may be poached and injured considerably.”

Read this 1972 article in Mother Earth News story to learn about modern methods of handing human excrement. To learn more old-time methods, you can view a free online version of the Household Cyclopedia here. The book contains 262 drawings by Dr. Henry Hartshorne.

Don’t put scraps from animals in the compost.