The 9 Types Of Survivalists – Which Are You? 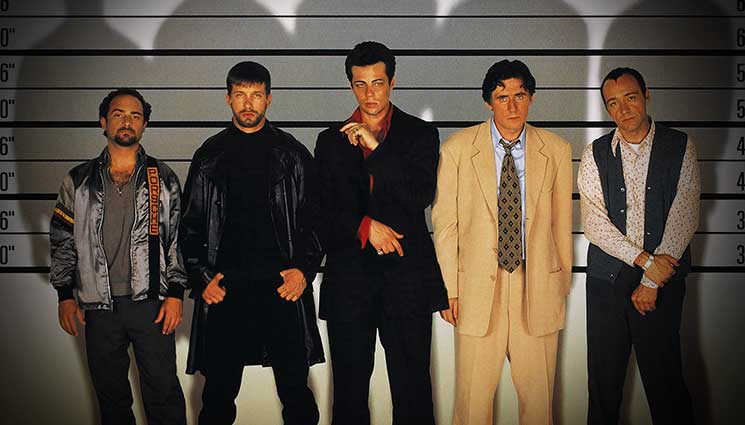 It’s crazy to think that Rottweilers and Poodles are in the same family of animals. Or for that matter, Great Danes and Toy Chihuahuas. They are as different as they come. One is 200 pounds, the other is 2.

In much the same way, have you ever realized how many different breeds of people fall under the “survival” umbrella (this is the smooth transition to topic)? In case you haven’t, there are tons. And each type of “survivalist” is unique in their own weird ways. Recently, I’ve been reminded again, of just how funny it actually is. Walk with me:

Food Storage Moms – these are the sweet middle aged moms who equate the idea of survival with having a basement full of canned foods (some of which they probably canned themselves). Probably also soccer moms. They know the importance of stocking those cupboards full!

Apocalyptists – swear that someday soon just about everybody is going to be torched in a giant nuclear explosion, drowned in a flood, frozen to death in another ice age, or abducted by aliens. These guys are the converts of Independence day, I Am Legend, and all the other wonderful Hollywood portrayals.

Tactical Hoo-Rahs – these are the guys that treat everything like it’s the battlefield. They borrow all the acronyms, abbreviations and terminology from their military days. These guys are all about stockpiling firepower, blowing things up, and beating the bad guys.

Primitive Skills – the hippies of the group. These are the folks that farmers markets are made of. They love to make their own clothes, build their own homes, grow their own food, and in all other possible ways be “at one” with our mother earth. These guys often have learned a tremendous amount about living off the land.

Camping & Hunting Nuts – LOVE spending time in the outdoors. They can’t get enough of hunting, tracking, animal calls, hiding in bushes, and analyzing poop. They like the adventure of making do and doing without, so they do it for fun. To these guys, the concept of “survival” is being alone in the wilderness.

Medical Mavens – pride themselves on being able to perform CPR, first aid, emergency surgeries, treat and dress wounds, triage the victims of mass destruction, and anything else medical. To them, the apex of “survival” is being able to put people back together.

Right Wing Extremists – swear that the government is slowly taking away our freedoms, and that people are being led down the path of “following the system” without questioning. Everything is a conspiracy, nothing should be trusted–especially if it’s the Feds. The less government there is, the better.

Boy Scouts – are a close relative of the camping/hunting nuts. Their brand of survival is also largely “wilderness survival.” They become more “prepared” by passing off merit badges dealing with the safe and proper way of: building a fire, using a knife, making camp, disposing of waste (paper and otherwise), splitting wood, navigating by map, and more.

Doomsday Economists – these guys prophesy of the times when paper money will be completely worthless, and burnt to keep warm. They put their faith in stockpiling raw goods and precious metals. They invest in foreign markets, and keep their wealth spread around, so that it can’t be lost all at once.

I’m sure there are more, but this is just a small cross-section of some of the more prominent survival subsets that I’ve noticed. I’ve had the privilege of rubbing shoulders with people from all groups, via Twitter, Facebook, blog posts, and in face to face conversations.

It’s eye opening because it really does illustrate how different people choose to deal with problems (or potential problems). And  it’s comical. It could easily be a t-shirt.

Am I A Rottweiler, Poodle, or Mutt?

The more I rub shoulders with different mindsets, the more I realize that I borrow from them all. But that’s such a safe answer. Everybody would say that crap. To make myself be more specific, I would say I’m a mutt of roughly:

But I’m constantly learning and evolving. We all are. Next year I could largely be a “food storage mom” maybe, who knows? But no matter what brand of survival we are or may call ourselves, it’s important to realize that there truly are practical and absurd things about each.

You can’t save a kids life with CPR if all you’ve been doing is collecting guns and blowing stuff up. And by the same token, you can have the Merck medical book memorized and still starve to death without a little food storage. Rather, learn from them all, realize the limitations and craziness inherent to each, and contribute where you can. To sum it up–be real about the journey you are on. Because after all, it will be real soon enough some day.

Big chunk of food storage mom, with some Medical Maven (retired RN), and well, not quite “right wing” but Libertarian extremist.

If I’m limited to total score of four then:

I’m right there with you. I need a couple more categories myself.

I too am a mutt. I’m a tactical-hoorah combined with primitive skills and medical mavens

KL – The Last years i would be down on cash and debts were eating me from all angles!! That was Until i decided to make money on the Internet. I visited surveymoneymaker p net, and started doing surveys for straight cash, and doing so i’ve been great amounts more able to get around financialy! i’m glad I did this!! With all the financial stress these years, I really hope all of you will give it a chance. – MWm

Primitive Skills and Tatical Hoo-Rahs. I can def live off the land, hunting, gathering, growing foods and making things (it may not look too pretty tho, haha) But I also have quite a stockpile of weapons and body armor 🙂

Body Armor? That is great. Most people don’t even consider that as part of their preps.

Well the real tactical Hooahs and Oo-rahs (I.E. people who were/are in the military especially in a line unit) are automatically a mixed bag as far as skills though maybe not on emphasis. I think you need another term to add which I would call an Adapter: someone who recognizes the need to adapt to whatever situation does present itself. Maybe Tactician. When it comes to worst case scenario/SHTF situations, there are certainly enough different likely or slightly plausible ones that being able to broadly prepare and then adapt resources and plans to fit the need that of all resources… Read more »

If I were to add my own category, I’d add “Practical Camper/Prepper”; this being a category that refers to one who stockpiles/stores items that can easily be dual-purposed for fun camping as well as for survival. (e.g. We rotate/refresh our food supplies by using the older items as camping food before they expire. All new purchases get stored away for later rotation. I’m not a hardcore prepper, so this may just be novice stuff.) 🙂

I think most readers would not consider themselves “hard core” Alex but that isn’t necessary in my opinion. Rambo has it’s place, but the average family only needs to focus on simple, commonsense items for survival. Taking that into consideration is well over half the battle.

Im a bit of an ugly duck here. I love the nature, the gear, the prep, the mind set. However, i dont prep for the end of the world. I prep and share it proudly and help others where i can to improve their situation. It doesn’t always leave me in the best situation but the flames of the forge makes the metal stronger.

LOL I love this!
Part Extremist
Total Medical Maven ( Surgical Tech and did Search and rescue as well)
Priative skills and Food Storage mom.
I laugh because I am making a new pantry and created a new ammo storage. My winter garden is doing great! LOL