Radiated Rainwater in our Future 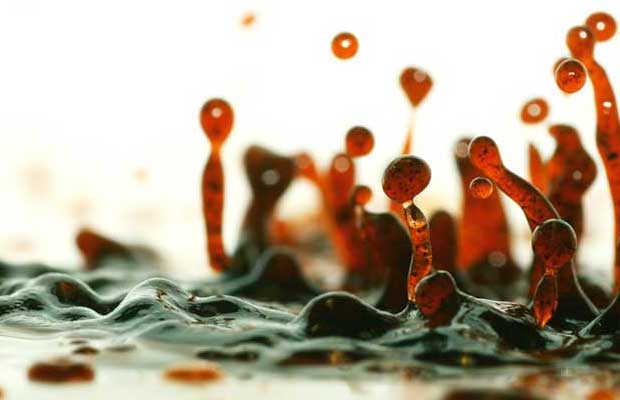 Remember how horrifying the thought of acid rain was in the 1980s? On its way to earth, rain picked up sulfur dioxide and nitrogen oxides from industrial emissions, killing 300-year-old cedar trees in the Northeast. Dead fish floated in lakes. Birds fell from the sky. In Europe, poisoned rainfall eroded nose from marble statues.

Instead of nourishing and revitalizing life, rain became something to fear.

We don’t hear much about acid rain anymore. Perhaps it’s because we actually made headway in cleaning up our act, reducing U.S. emissions by as much as 67 percent from 1995 to 2011, according to a Sept. 12 Mother Jones.com article by Henry Grabar.

But, rain is scary again – now more terrifying than ever.

The radioactive water leaking from Japan’s earthquake-damaged nuclear reactors and spreading across the Pacific Ocean is not a West Coast environmental crisis or an economic catastrophe or even a temporary one. Our globe is a closed system. All the water here now is all that has ever been here. The water I washed our clothes in today passed through a pterodactyl 200 million years ago.

This isn’t a new concept. I learned that in grade school in the 1960s. Water evaporates from our puddles, ponds and oceans, accumulates in our atmosphere and falls again to the earth, replenishing rain barrels, rivers and aquifers. It goes up, it comes down, and on and on it goes.

Three-fourths of the Earth is covered with water, but less than 1 percent of that is accessible, fresh water. Two percent is frozen and most of the rest is salty. Picture this – If all of the Earth’s water fit into a gallon jug, only one tablespoon of that is water we can drink.

While visiting Vietnam with a marketing team in August, I didn’t even have to ask whether the water was safe to drink. The answer was firmly mounted above the bathroom sink in my room at the 5-star Saigon New World Hotel.

I do not know what dangers lurk in Vietnam’s water rendering it too hazardous to sip. Gazing at rivers dotted with rubbish, I assume unseen poisons also subsist in the murky water. Sadly, the otherwise beautiful country has only water unfit to drink – at least not until it is filtered, boiled, distilled or treated in some way.

In a Vietnamese market, I watched as a woman lowered a plastic one-gallon container on a rope to retrieve water to rinse lettuce to sell. Shallow, open wells such as that will eventually no longer be safe to use.

The United States has one of the safest drinking water systems in the world, according to a 2013 report by the Centers for Disease Control and Prevention. Yet, Americans dump 1 billion tons of chemical pesticides on our land every year, according to a 2012 Environmental Protection Agency report. We pour costly poisons on our lawns and then buy equally expensive bottled water to drink.

As disturbing as that fact is, the news of 270,000 tons of radiation-contaminated water coming from Japan in the past 30 months (and still being released at 300 tons per day) is cataclysmically more alarming, according to recent news articles by Dr. Helen Caldicott, an Australian physician, author, and anti-nuclear advocate who has founded several associations dedicated to opposing the use of nuclear power, depleted uranium munitions, nuclear weapons, nuclear weapons proliferation, war and military action in general. Her books include “Nuclear Madness” (1978) and “Nuclear Power is not the Answer” (2006).

As we all hear more about radioactive elements and inert noble gases released into our air and water, people have begun calling to ask if radioactive particles can be filtered naturally from water. We sell well buckets and manual pumps. I can only imagine the calls that water filter suppliers are receiving.

Admittedly, the outlook is grim. Still, as survivalists, we refuse to just give up or pretend it isn’t happening. This will require adjusting our way of thinking, a preparation we hadn’t anticipated.

We have known since we were youngsters that eventually mankind would strip the world of all its resources (some say by 2050) and that humans could not continue on the same path as before. We actually hoped we would live long enough to see the transformation and even looked forward to a simpler way of life – one without cars, chaos, oil and electricity.

No longer would economic slavery claim 12 hours of our day, leaving not much for family or relaxation, only enough time to sleep and eat until the cycle begins again. Ironically, it was the pursuit of luxuries that only abundant electricity could provide that led us to a calamity of worldwide proportion.

Here in the Ozarks, we have been expanding our growing areas, relearning old-time skills, acquiring hand tools and building human-powered devices while we still have the means to do so. But, preparing for radioactive rain? We hadn’t thought of that.

In time, radiation decays – the cities of Hiroshima and Nagasaki have been rebuilt and re-inhabited. Yet, I understand there are 200 dangerous elements being released now, much more than from those two horrendous bombs ― including cesium, tritium and iodine 131 and possibly plutonium, which can remain radioactive anywhere from a few seconds to thousands of years.

Still, there are things that can be done to minimize exposure to radiation. The following information is taken from the SAS Survival Handbook by John Wiseman and deals with radiation contamination after a nuclear blast, although many of the same principles apply to the current radiation threat:

Food – Root vegetables with edible tubers growing underground are safest, such as carrots, potatoes and turnips. Wash them well and peel before cooking. Smooth-skinned fruits and vegetables are next safest. Plants with crinkly foliage are the hardest to decontaminate and should be avoided. Animals that live underground (rabbits, badgers, voles) have less exposure to radiation than those that live on the surface. Wear gloves when handling carcasses and leave at least 1/8” of meat on the bone as most radiation is retained in the skeleton. Muscle and fat are the safest part of the meat. Discard all internal organs. Fish and aquatic animals will have a higher contamination than land animals from the same area. Birds will be particularly heavily contaminated and should not be eaten.

Water – Avoid water from lakes, pools, ponds and other static surface water. Filter all water and boil it before drinking. The following sources are the least contaminated (in order of least risk):

Filters – I have heard that TRAP (Total Radioisotope Aqua Purifier) filters, which use ion exchange and zeolite to remove radioactive particles from drinking water, are effective, especially when combined with reverse osmosis methods. Distilling is also reported to be effective. Still, this only helps humans.

Again, the above recommendations concern radioactive fallout after a nuclear explosion. However, time and distance from the source are still the best defense. Now it may be more important than ever to have a drilled well for your drinking water and have a reliable way to access that water.

As of January this year, there are 437 nuclear reactors worldwide, according to the European Nuclear Society. How many nuclear power plants are built on fault lines? Can they withstand tsunamis, earthquakes, hurricanes and other disasters? Just how many Fukushima accidents will it take to irradiate all life?  Those who protested the building of nuclear power plants in the 1970s knew we had something to fear, didn’t they?

I realize it is too late for such questions now, but shouldn’t we have been more careful with our one tablespoon of water? Or did we simply plan to post signs by our sinks to warn us “Water is not drinkable?”

Or, just maybe, we can learn from our experience with acid rain of 40 years ago. We don’t have to live like this.

It looks like TEPCO lied. http://www.zerohedge.com/contributed/2013-07-20/“who-could-trust-such-company”-–-big-fat-lies-about-radiation-exposure-worker The Problem What you can personally do. Bio-accumulation will continue until it won’t be safe to eat seafood from the ocean. They know this but are afraid of telling about this horrible end. Remember those little fish and plankton and seaweed is being eaten by bigger animals and on and on. So the radiation is accumulating in more animals and they are irradiated. People are being led to believe that the radiation once water is on it just sloughs off and it’s clean again. The oceans, will take thousands of years to irradiate but… Read more »

I appreciate this article to a degree, but Caldicott is a shill who’s been around forever and long discredited; then you come up with the typical Agenda 21 Malthusian nonsense, which was clearly debunked by the 1990s Julian Simon/Paul Ehrlich wager – which you are obviously not aware of.

We are not running out of materials, and for things we are short of, the human mind and ingenuity will find replacements. In the late 1800s, well respected scientists said NY would be covered in 6′ of horse manure in 100 yrs. Did that happen? Well, neither will your predictions