Is It Realistic to Expect Your Retreat Will Not Be Found? 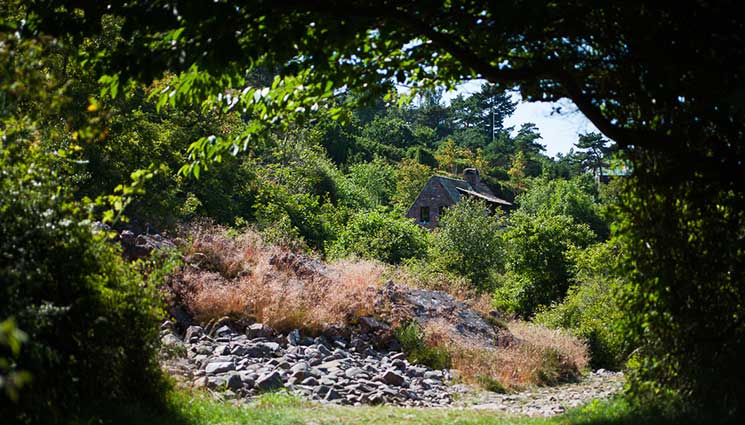 Some preppers base the security of their retreat on hiding it so that it won’t be found.

They glow with pride about how carefully they’ve chosen their retreat location, and its remoteness from main roads and likely off-road flows of people too.  They mutter about ‘OPSEC’ meaningfully, and talk about keeping an ultra-low profile, and won’t even tell you what state it is located in.

This is all good stuff and great to talk about, but it won’t keep you hidden.

We don’t mean to discourage any of these things, but we do mean to alert you to the fact that it is not possible to keep your retreat 100% hidden, all the time, from everyone.  Maybe careful measures will extend the time it takes for the first adversary to stumble across your retreat, but maybe also your location will be discovered by chance rather than by careful searching.

Sooner or later, you will be found.  And once one person finds you, he will tell someone else, and before you know where you are, everyone in the area will know about your retreat and come visiting.

We discuss the subject of Opsec further in our article ‘The Ugly Flip-sides of Opsec‘ and in that article we recommend you should plan on a controlled release of information about your retreat, on your terms, rather than suffer an uncontrolled exposure at some unknown but certain time in the future.  You should read that article too; for the balance of this article, we focus primarily on the uncontrollable ways in which your retreat will be found.

Here are some types of unavoidable give-aways that will draw attention to you and your retreat.  Your concern isn’t just the people who stumble across your location by chance, it is also the people who are drawn to it due to some sort of indicator that calls attention to it, even from some distance away.

For example, what will you do for heat?  As soon as you start burning anything, you’re giving off odors that in a de-industrialized rural area will travel a long way.  One more smell in the city means nothing.  But in the countryside, anything out-of-place that doesn’t blend into the natural smells – and particularly a burning smell, something we are instinctively taught to notice and fear, will be much more prominent and will be noticed from a reasonable distance.

You’re not only giving off smells, you might be giving off smoke too, providing a visible indicator pointing to your location and visible for many miles around.

Talking about smells we instinctively react to, what will you eat?  Even if you only cook ‘low odor’ foods (rice and beans, perhaps) those odors will travel a long distance, particularly if the person smelling them has his sense of smell sharpened by hunger.

Don’t worry, we’re not going to ask what you do about bodily waste, but let’s just say there’s a reasonable chance there may be some smells associated with that, too!

What about energy?  Will you have a wind turbine?  If so, won’t that be very obvious, especially when the blades are turning, indicating that it is still operating and being maintained?

Solar cells neatly lined in rows on your roof and kept clean of debris also indicate that rather than being an abandoned old shack, your retreat is a cared for location with added value sophisticated contents.

It is true that generators can run incredibly silently, but it is also true that the outdoors itself can be very silent on occasion, making even the slightest out-of-place sound, like a generator running, draw attention to itself.

Will you ever leave your house?  In the winter, you’ll be making footprints in the snow.   Will you grow any food in the summer – any type of cultivation or other landscaping will of course be obvious.  Will you ever go hunting – the sound of each rifle shot might be heard for miles.

Will you have 24 hour blackout curtains on all the windows – heck, why not just build your retreat with no windows at all, then!  If not, your retreat will be a beacon of light at night.

The Unavoidable Paper Trail that Leads to Your Retreat

Maybe you bought some unimproved land and built your own retreat structure.  Did you file building permits with the county?  Do you have utility connections (visible or not)?  Maybe even internet or telephone service?  Did you have any contractors do any work on your house?  Or building inspectors visit?  Did you get mail or courier deliveries at that address?  Do you have occasional deliveries of propane or firewood or diesel fuel?  Does a septic tank service company visit to pump out your tanks?

Even if you think you’ve done everything off the record, sooner or later, the county assessors will update their database and discover the improvements on your property.  Their staff know the areas they are responsible for very well, and if they find a new driveway that didn’t formerly exist, they’ll want to know where it goes.  If they happen to see a contractor’s truck going in or out of the driveway, they’ll doubly want to know what is going on.  Or maybe they’re just doing one of their two/five/ten year revaluations of all property in the county, and someone notices from an aerial photo the presence of buildings and clear indications of agricultural improvements on a block of land they had formerly categorized as unimproved forestry land.

Have a look at, for example, this impressive site that records all details of every property in the entire state of Montana.  Chances are there’s a similar database either for your state or at least the county within your state, whether it be publicly online or not.

What do you say if meeting locals in the nearby town in terms of where you live?  Someone, and probably several or even many people, know that you’re out there, even if not exactly where – you’ll be the guy who lives somewhere up back of (some other place).

What about your travels to and from your retreat?  Have other people seen vehicles they don’t recognize (ie, your vehicles) in out-of-the-way places and wondered who you are and what you are doing?  Have you left tire marks, or do you have a formal driveway or some other indicator of a house on the property?

And so on and so on.  Will anyone else for 50 miles around you know about your retreat?  Unavoidably, and of course.

There are countless ways your presence will be inadvertently revealed, and your life will be a misery if you try to hide it.

The preceding examples show some things you have done or will unavoidably do that draw attention to your retreat.  But that’s not all.  Your retreat could also be found accidentally.

We know that in a Level 2/3 situation, there will be an exodus of people from the cities.  Remember that for every rural dweller at present, there are about five or six city dwellers.  In theory, this suggests that the countryside might become five or six times more crowded with people than before, so this by itself increases the chances of someone stumbling across your retreat unexpectedly.

In addition to that, think of everyone you know who confidently says they’ll hunt deer or other wild game for food in a Level 2/3 situation.  Deer will rapidly become an endangered species, that’s for sure!  The woods will be crawling with hunters all eagerly looking for game to shoot, so if your retreat is anywhere close to any sort of hunting, expect an influx of hunters in your area.  Ditto for fishing.  Ditto again for any food bearing plants in the vicinity.  Maybe even for people seeking to fell trees for building materials or to burn.

There’s another potential source of disclosure too.  Google Maps, Bing, and other mapping providers are increasing the frequency of aerial mapping surveys, and the quality/detail of the images they post online.  Many counties have aerial survey maps online too.

Your retreat might be miles from anywhere, but that won’t stop a plane from snapping a beautiful aerial shot of your retreat from the air as it flies over doing a photo-reconnaissance sweep.  Your dwelling will be online for everyone, everywhere in the world, to see next time they open up Google Maps.

Okay, so this presupposes that Google Maps or any of the other online mapping services is still available in a Level 2/3 scenario – a dubious scenario, for sure.  But if your information is/was online, it is probably also printed out somewhere, and a more resourceful looter will access good old-fashioned printed county records to identify tempting targets to go hit.  If you were a looter, wouldn’t you consider an obscured out-of-the-way retreat to be more tempting than one close to three or four neighbors?

It also means that from whenever your retreat first starts to appear on these documents and online records, there will be a small but growing level of awareness of your presence, prior to WTSHTF.

Figure on being found, sooner or later.  You can not rely on remaining hidden.  Once one person finds you, expect them to share that information with more and more people.

Unfortunately, the more unusual your location, and the more creative you’ve been at obscuring it, the more ‘interesting’ it will be for people to talk about it, and the more curious they will be about exactly who you are and what you have.

By all means do all you can to extend the time until you are found, and hopefully to minimize the frequency of times you are found, but sooner or later, you will have uninvited ‘guests’ arrive unexpectedly.  You need to have a plan for what to do once the veil of obscurity is lifted from your location.

David Spero has been prepping since before it was ever an issue. He remembers how his father would store vast quantities of food and supplies at home, and both of them thought it to be normal prudent actions – as, of course, they are. He has a masters degree in business, has worked internationally, speaks several languages, is a nationally accredited firearms instructor, a licensed ham radio operator, and through this website is becoming increasingly a respected authority on matters to do with prepping.

David Spero has been prepping since before it was ever an issue. He remembers how his father would store vast quantities of food and supplies at home, and both of them thought it to be normal prudent actions - as, of course, they are. He has a masters degree in business, has worked internationally, speaks several languages, is a nationally accredited firearms instructor, a licensed ham radio operator, and through this website is becoming increasingly a respected authority on matters to do with prepping.