Behavior Modification: The Science Media Companies Use to Alter Our Psychology 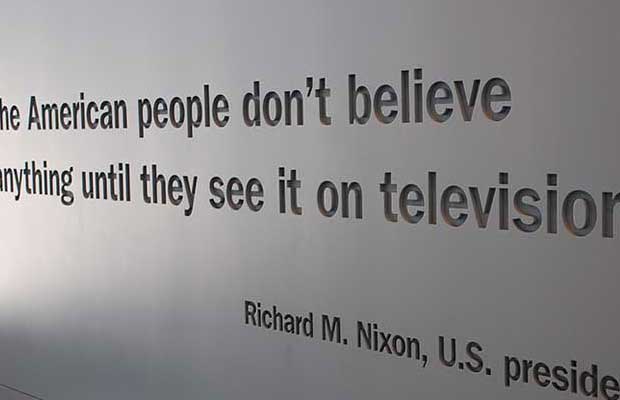 Whether we realize it or not, or wish to acknowledge it or not, the news media has a definite effect upon our personal psychology. It also affects our mood, and that in turn affects many other things, including how we feel about ourselves. It also affects our views and perspective of the world around us. None of us wants to believe that someone else has control over how we think, but nonetheless, we are affected, by design.

It’s obvious that there is a lot of good news out there; in fact, there’s at least as much good news as there is bad news. So why do the news media outlets selectively pump-out mostly bad news?

In order to answer that and other questions we need to first understand the fact that it is the wealthy elitists who own and literally control the majority of the news media outlets that prefer to bombard us with negative news 24 hours a day, every day of our lives for the past 20-30 years. Here’s an interesting article that discusses some of the effects of negative news

So why would these ultra wealthy elitists want to bombard Americans with negative news?

The ultra-wealthy elites, who actually pull all the political and corporate puppet strings, need all of us everyday average Americans to be doing our jobs. In fact, the growing of their wealth, and the security of that wealth depends heavily upon all of us ‘worker bees’ going to work and performing our jobs in a timely and regular manner. This allows commerce to flow, and that makes them money. However, being a ‘worker-bee’ doesn’t work so well for us; after we pay bills and taxes on top of taxes, we are lucky to have a two-week vacation and cable TV. Of course there is the illusion of potential advancement, but like the carrot in front of mule, we really never reach that illusive ‘big brass ring’ by being a ‘worker-bee’.

Not wanting to leave anything to chance, the elitists have paid lobbyists who essentially tell elected government officials (here and abroad) their desires, which are for the most part obeyed. As we are seeing lately, ‘We The People’ seem to have very little control over what ‘some’ of our own elected officials do, once they get into office.

Now imagine for a moment what would happen to these wealthy elitists if every American worker simultaneously went on strike for 24 hours. Just think about that for a minute… and the far-reaching and extensive effects of such an action… it would literally shut down America for 24 hours… and in the process, it would cost the elitists billions of dollars. The bottom-line is actually very simple, if you follow the money.

So, to help our understanding and grasp of this situation, let’s flip the tables for a minute, and let’s assume for the moment ‘we’ are the wealthy elitists, and we have their problem: How do we keep all the worker bees doing their jobs everyday? The solution is not as complicated as we might think; First, control all news media outlets by buying and owning them all. This is done across a group of wealthy elitists, all with the same general agenda, so the tactic is not as obvious to outsiders looking-in. Then start the music…..

So without continuing down the full list of tactics, I think we all get the point… control all information for human consumption, and control humans. And when you own nearly all of the media outlets, that’s not as hard as it sounds.

Of course the internet has thrown a small monkey wrench into their works, but given the ‘peoples’ ubiquitous exposure to all of the other news media sources, the Internet is not the great equalizer the ‘people’ would hope for.

The totality of the negative news and our nearly total and continuous immersion in that news does its work.

I left the U.S. in 2008 on a sailboat and literally went into the wilderness of the Sea of Cortez for two years. There was no news, no radio, no TV, no cable, no mind control. It was after about two or three months after arriving in the Sea of Cortez that I realized that I ‘felt’ considerably different. I felt a freedom that I had never known, and my mind became exceptionally clear from that point forward. And my physiology changed as well; my blood pressure dropped and the quality of my sleep improved greatly. When I returned to the U.S. in 2011, it wasn’t long until it felt like someone put a heavy weight upon my neck. Unlike the dirt poor people who I knew on the Baja who were legitimately happy living in tiny hovels, the Americans who were now around me were by contrast generally not genuinely happy… people were all in a big rush, road rage was everywhere… etc. And as I began hearing the news day after day again, I could begin to literally sense a difference in my mood, and my perceptions. It was at that point that it became crystal clear… having been away from what can be legitimately called ‘brain washing’, I was suddenly in the unique position to clearly sense it by contrast; and it was obvious.

So is there any solution? Can we do anything to change this situation? The answer is yes!

Short of taking an extended vacation from all news media (it takes a month or two of zero exposure), which I think is best solution for re-setting your psychology and perspective; there are some methods to mitigate the effects of negative news.

The first step to avoiding any trap is to acknowledge that the trap exists. If after reading this, you are beginning to see the method to the madness (the elitists and their stream of bad news), then you are already making progress. By understanding the motives and the methods, now when you read or hear the news, you can interpret it using a new perspective. As an additional measure, you can significantly reduce the amount of your ‘news exposure’ as well as being more selective as to the source of any such news.

These solutions are hard to effect and require cognizant discipline on a regular basis.

Start by watching this ground-breaking and highly enlightening video:

Excellent read. There are those of us who have felt/noticed the same without taking an extended vacation from the daily bombardment. Have you ever seen the documentary, Century of the Self about the father of messaging used to control the masses, Edward Bernays? If not, you should.

Barkway: Thanks for the kind comment and the reading suggestion. I haven’t read any of Bernay’s work; sounds interesting!

Hello, Cap’n. Great article, as always. I’m a little ambiguous, though, and wanted to give myself time to think before I commented. There’s no question that media can be, and is, used to influence the behavior of masses of people. The experiment decades ago with movie theaters imbedding so-called “subliminal messages” in the films (the “eat popcorn” test) proved that, and psychologists have confirmed it. However, I don’t think unplugging completely is a satisfactory answer. While an occasional “detox” is invaluable to keeping our sanity, we can’t afford to check out. It’s a sort of catch-22 “heads they win, tails… Read more »

I am sure Captain Bill will respond also.

Hi Larry: Your observations are consistent with my views and intent in the article… it’s critical that we maintain our perspective and the ‘detox’ as you say; and that is what I was suggesting by way of temporary isolation (healing process). Even in the ancient far-east, when times were much simpler and there was no ubiquitous media, mediation was critical to personal ‘balance’. We are also subject to a phenomenon that I didn’t touch-on, which requires a bit of a background in physics to fully understand and comprehend…. I am alluding to the fact that humans are now (for the… Read more »

There’s something a bit hilarious about a site predicated on the immanent collapse of civilization complaining about the Corporate Media’s emphasis on bad news.