Is Prepping The Next Evolutionary Meme On The Planet? 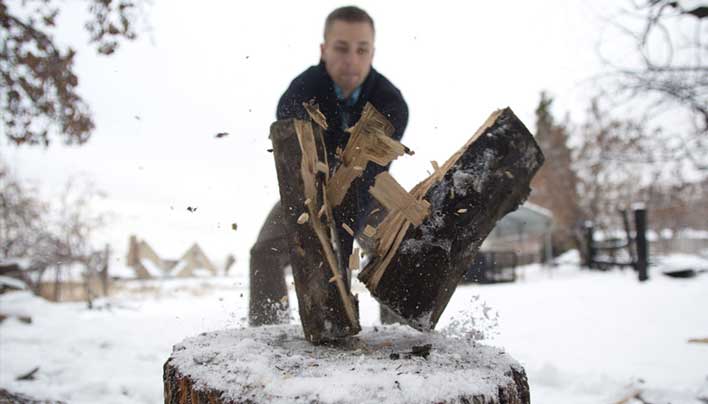 Ok, first things first; what the heck is a ‘meme’? Here’s the definition from Wikipedia:

A meme (/ˈmiːm/; meem)[1] is “an idea, behavior, or style that spreads from person to person within a culture.”[2] A meme acts as a unit for carrying cultural ideas, symbols, or practices that can be transmitted from one mind to another through writing, speech, gestures, rituals, or other imitable phenomena. Supporters of the concept regard memes as cultural analogues to genes in that they self-replicate, mutate, and respond to selective pressures.[3]  http://en.wikipedia.org/wiki/Meme

When we look around the planet today, there are few things that instill the level of fear in humans that was created by a confrontation with a Saber-toothed Tiger or some other large prehistoric predator. Some of our most primeval instincts are the results of survival memes, which also over time led to changes in the gene-pool of humans. In simpler terms, the people who failed to effectively hide or timely run from danger were eaten and their genetic lines ended, and the people who witnessed that running or hiding from danger worked, ended-up living and their genetic lines continued.

As humans we have earned our right to be part of the genetic diversity that exists on the earth today; the weak and stupid died and the strong and smart lived. Through various means including, hardships, disease and through successful memes (I.E. running/hiding from danger), the human gene-pool has endured, and in many ways it has become both stronger and weaker.

Today, in most cases, when something or someone intimidates a person or a group, they call some other power or authority into play, such as the police, or an attorney to solve the problem. Since we now rely much less upon the instinct of ‘fight or flight’, that instinct has become weaker in humans than it was in the past as a result of this new behavioral meme (calling someone else to handle a problem). In fact, societal memes as a whole are changing our hard-wired behavior in many ways, some of which makes us much weaker as a species.

As we have come to learn though our relatively recent advancements in science and technology, the earth is a far more dangerous place than we understood just 100 years ago. Society and technology have shielded us in modern times, and there is no ‘fight or flight’ type instinct for threats that we have not experienced. Learned behavioral responses are as a result of experiential events in our lives and this is why people who have lived long and experienced lives are particularly valuable to the people around them.

As children, we play with matches and get burned, or see someone else get burned and so we naturally draw away from flames. Another analogy to this would be the natural lack of antibodies to any disease where there has been no prior exposure. The immunological meme in humans with regard to preventing disease is accomplished by vaccines, which triggers the body to produce antibodies. However, short of that or surviving an illness and developing the antibodies, we have no immunity.

The prehistoric humans that ran or effectively hid from large predators lived and continued their gene-lines, while the people who failed to adopt these survival strategies became lunch for a large beast, and thus, the genes from those stupid or slower humans were excluded from the gene-pool. Most of us understand this as ‘Darwinism’, but the concept of ‘meme evolution’ in terms of genetic evolution and gene expression is a new and compelling science. If you’re up to a long-read, you can learn much more about Meme Evolution by reading this very interesting paper.

Among other humans alive today, Preppers are uniquely aware of certain probable threats that have the capability of wiping-out a township of people (hurricane/tornado) and other potential threats that could wipe-out millions of people. Some Preppers also have adopted various strategies to survive such events, which gives them a distinct advantage over others in surviving.

Through behavioral memes related to specialized survival methods designed against these newly discovered threats, Prepper genetics may very well end-up becoming the dominant strain. This would be the natural result of Preppers surviving in greater numbers over non-Preppers in any disaster, large or small.

For whatever reasons (possibly the expression of some existing gene in some people?), some people (Preppers) are looking at these newly discovered survival risks (EMP, Severe Geomagnetic Storm, Pandemic Flu, etc.) and they are taking a different course of action than most other people. Some people are imitating Preppers (the meme at work) and as a result, should one of the large-scale disasters occur it will forever alter the human gene pool in short order.

That said, even in smaller disasters (I.E. hurricanes and tornados), the people who didn’t take the proper measures may incrementally be killed-off by these more frequent smaller events, and as a result, their genes are no longer incorporated into the gene-pool.

So I guess the $64 question is; will Preppers eventually inherit the earth?