Prepper Parenting: How to Instill Survival Instincts in Your Children 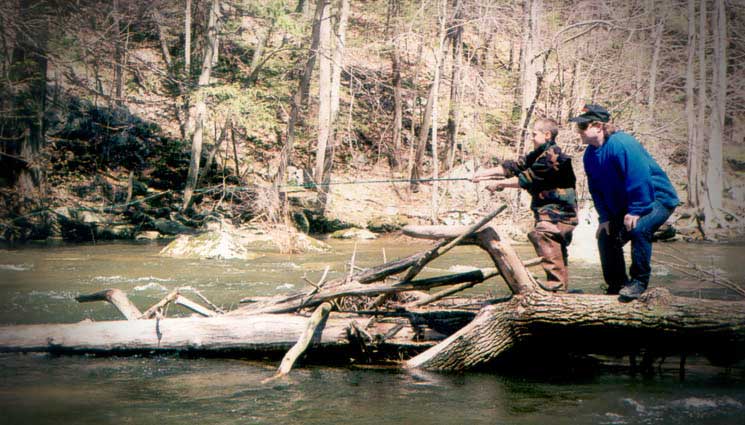 It’s not easy raising children, even on a good day. Readers who already have, or who are currently raising families know this very well. It’s a huge responsibility being entrusted with life, and the initial core values that children develop must come from their parents because frankly, who else can they trust? Prepper parenting adds a new but important dynamic to the act of raising children who are resilient.

Subjects like religion and politics must be taught initially by parents, who are not operating with any hidden agenda. Of course, it’s much, much harder when you’re a single parent, because in order to make a living, you must rely on others (possibly strangers) more, and as a very protective father, I found that hard to do as did my wife. Therefore my wife was a full-time homemaker; a position which I believe is just as valid as the CEO spot in any company!

My father grew up in Chicago during the Great Depression in a family of 11 children and the stories he told me about that still resonate in my mind. My wife and I decided that two children would be ideal and we were blessed with a son, and then a daughter, both of whom are now adults with their own families. So I can only speak from the perspective and experience of being a father, and now a grandfather, when it comes to raising kids and teaching them the values and skills that they will need in life, and with regard to disaster preparedness. I am now fortunate to be able to see my children pass-down their life’s lessons and experiences to their children; my grandchildren.

I believe there are many very important values and lessons that come from a solid foundation and belief in God; honesty, respect, gratitude, generosity, self-worth, forgiveness, sacrifice, perseverance, justice and integrity.

There are certainly more that could be on this list, and it’s a parent’s sacred-job to be the initial conduit to these teachings, but that is not the focus of this article; it’s about disaster preparedness, or ‘prepping’ as it is called in some circles.

Prepper parenting for children is essential!

All children are by nature curious, and this curiosity is the path towards knowledge and must be carefully nurtured and leveraged to teach them the skills that may save their lives and the lives of people around them. I think some people tend to underestimate just how much information a 4-year old can absorb!

Children look to us (parents) for all things, including knowledge and I believe that it’s never too soon to start teaching kids some initial bush-craft skills. For instance; you take a simple game of hide and seek and make it into an important learning game. If the game is conducted outdoors, you can ‘find’ the child a couple times, and then show them how to make it harder for you to find them by teaching how to use things in their environment as camouflage (branches w/leaves, grasses, etc.).

I started teaching my son the art of fishing from the time he could walk; I helped him reel in his first marlin (40 lb. fish) when he was three years old (got the picture!) and now he’s the master fisherman and I am the pupil.

Since we did have guns in our home, we introduced the children to them as soon as they could walk in a manner that was both responsible and educational. We would take my son (and daughter) to the shooting range so they could ‘see’ and hear first-hand the loud noise and the recoil that was made when a gun was fired. Initially, this was more than enough to garner their respect for guns and so they would never touch them.

Later, when they reached the ages of about 6 years old, we would talk with them about how dangerous guns are, and how they should never be touched without an adult present. These discussions were well received because earlier-on, they had seen and heard the results of the discharge from a firearm, so it made sense, even in the mind of a child.

Finally, when they reached an age where they could safely effectively handle a weapon, we taught them how to shoot. In the case of my son, he was about 8 years old when I started him out with a .22 caliber revolver and rifle. Now, he’s one of the top competitive long-range rifle marksmen in the Pacific Northwest and a master hunter and woodsman.

All children should be taught to swim as soon as possible! In Hawaii, children are taught as infants to outstanding effect! My wife started teaching our son to swim when he was 10 months old, and he was swimming laps in the pool at 3 yrs old to the amazement of poolside spectators. Our daughter was born in Hawaii, so my wife used the Hawaiian method, putting her in the pool at a week old and getting her comfortable with putting her face in the water.

She was snorkeling around the reef when she was 4 years old. My son (William) became such a good swimmer by the time he was 8 years old, I took it upon myself to teach him SCUBA, and he made his first open water dive in Hawaii when he was 8 years old!.

Self-defense and martial arts classes are also good because, if taught by the right instructor, children also learn discipline, respect, confidence and perseverance. Find a school with ‘traditional’ martial arts values, where the focus is on developing the student, and not the revenue model of the school, and where the instructors stress that ‘fighting is the absolute last resort’. We started our son in his martial arts training when he was 5 years old in Hawaii and he had earned his first of two black belts by the time he was 9 years old.

Many adults overlook training children in CPR and first aid, and this is a big mistake. Most children, by the time they are 6 to 8 years old, are fully capable of grasping the concepts behind CPR and basic first aid and can render effective help. Therefore they should be allowed to be trained by competent instructors, even though there is a minimum age required for ‘certification‘.

We had both our children trained at these early ages (8-9 years old), and they have had subsequent updated training as well. This allows a child to help another child on the playground, in the woods or in an actual disaster in the event an adult is not nearby, and may make the difference between life and death. Of course it’s more difficult for a child to breathe for an adult victim due to lung capacity differences, but something is better than nothing… the same goes for chest compressions. A good instructor however will teach a child about these things too.

Children can start learning their bush-crafts at a very early age. There are many things that children 4-6 years old can learn; knots, weaving, making fire, filtering water, and much more! Here is an excellent training guide for training children that can also be used by Prepper Parents.

All of the initial skills we taught our children came into play during our first sailing expedition into the Sea of Cortez in 1991.  As just one example: My son was very effective in collecting all forms of seafood in support of our food needs. This family expedition was both a bonding and learning experience for everyone, and I would advise all families to engage in such adventures together. Camping is also one the best family activities that builds experience and bonds families together.

When I look at my son and daughter today, I am in awe; they have surpassed their old dad and teacher in so many ways, I cannot help feeling proud.

Great preparation tips. All the parents should know of this.

I agree! Thanks Randy.