Forget Beans, Bullets and Band-Aids, Maybe we should be buying Riot Helmets and Protective Gear 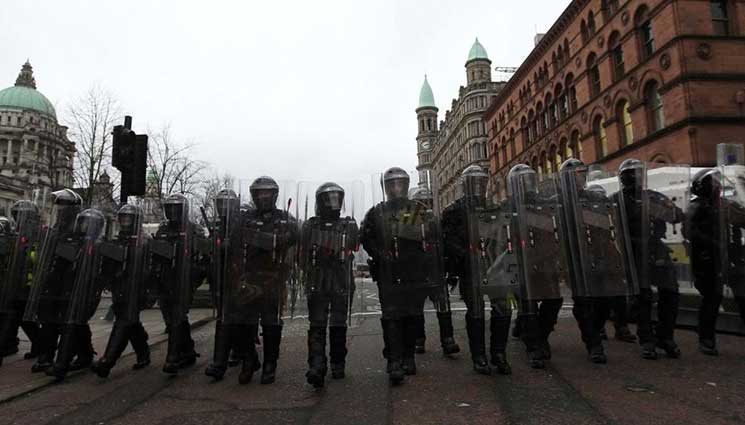 If for some reason you have until now refused to believe that the Government has been planning for the potential of some form of armed confrontation with Americans; the events of just the last two weeks should have shattered that illusion. The hits just keep on coming with the IRS Scandal in which the Internal Revenue Service has targeted Patriot and Tea Party groups for harassment, The NSA scandal which only illustrated what has been whispered in terms of government intrusion into your personal communications and now, The Department of Homeland is purchasing Riot gear.

What? Is that somewhat of a letdown in comparison to all of the other examples of a government itching to pick a fight? The billions of rounds of ammunition, the use of drones against US citizens, the indefinite detention orders, the thousands of MRAP vehicles, were something, but Riot Gear is boring you say.

I disagree. I believe that there can be no doubt in the minds of sensible people that we are in for something very bad. At least that is how the government sees it and they ought to know, they are listening to all of our communications. The Department of Homeland Security’s mission statement is “…to ensure a homeland that is safe, secure, and resilient against terrorism and other hazards.” Well, we apparently are “other hazards”. DHS sees a need to prepare for violent protests apparently by who else but US citizens. I say that because the DHS doesn’t have a role outside of the US. Their job is to protect the citizens of this country, in this country, not take up arms against them.

An article by Paul Joseph Watson illustrates the potential scenarios that DHS believes they need to be prepared for as they make plans to purchase hundreds of items of protective gear for their Federal Protective Service Officers.

What does the Federal Protective Service do you may ask? According to the DHS website, the FPS is:

The premier provider of security and law enforcement services at U.S. federal government facilities. FPS plays a leading role in the protection of our nation’s critical infrastructure, with lead responsibility for ensuring a safe and secure working environment for federal workers and visitors in approximately 9,000 federal facilities nationwide.

So, if the FPS is the enforcement arm of DHS and their charge is protecting the nation’s federal facilities, “ensuring a safe and secure working environment for federal workers” they must be planning for attacks on Federal Buildings. Riots to be more precise.

The article from Paul Joseph Watson goes into details on this latest request for equipment that can only be used against US citizens.

A June 10 solicitation posted on the FedBizOpps website seeks to outfit officers working for the DHS’ Federal Protective Service, which is primarily used to guard government buildings but has also been used to spy on protesters.

As we reported last month, FPS officers were used to guard an IRS building in St. Louis during a Tea Party protest against the federal agency’s discrimination targeting conservative groups.

As GSN reports, the items the DHS is looking to acquire include the following;

– 189 MaxPro-Police riot helmets, which have a “high impact molded half shell helmet with integral visor and neck protector.”

The solicitation also includes a request for 116 pairs of tactical gloves and 128 forearm protectors. The contract includes four additional one year option periods. The equipment will be delivered to a Federal Protective Service facility in Alexandria, VA, within 45 days of the award.

The reference to “riot control situations” can be found in the “Statement of Work” file at the bottom of the solicitation.

In the sphere of prepping we try to imagine all potential scenarios that may jeopardize our families, or place them in harm. With that perspective we try to acquire skills, tools and knowledge that can mitigate the pain or danger from whatever the potential scenarios are. If the signs increasingly point to a government agency (DHS) who is preparing for conflict, what should you do? What if there is nowhere to Bug Out to? What if the disaster starts walking down your street? What if the national emergency is wearing riot gear and shooting at you with ammunition purchased with your tax dollars?

These are very strange and I fear perilous times we are living in. Make sure you adjust your priorities if needed in consideration of the knowledge of actual threats as well as potential natural disasters. It may be wise to prepare for other contingencies that you may have not considered until now. If the DHS is planning for widespread riots, what should you do? At the very least, keep up to date on the news and pray hard. We are going to be in for a bumpy ride.